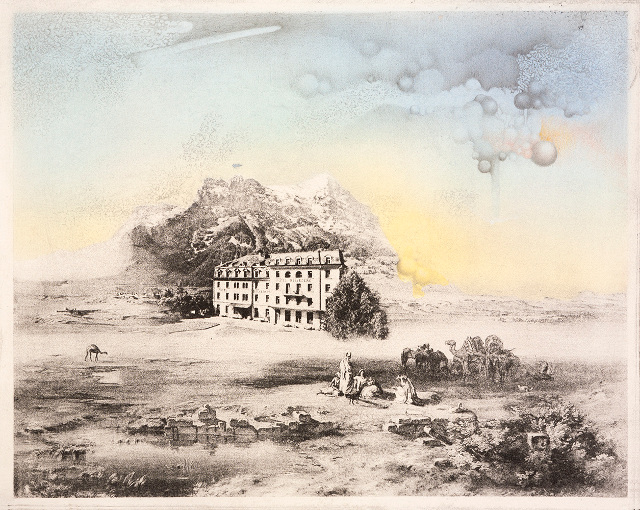 Artist Anouk Mercier invites you to take a stroll in a landscape that seems at once deeply familiar and uncommonly strange. Like a set from an arthouse sci-fi film, skies are golden and flecked with bubbles that add both beauty and peculiarity to a scene that may well include an intricately detailed rendering of a grand Victorian country home, a craggy rockface and a scattering of trees.

Anouk never really made a concrete decision to become an artist. “Drawing and reading were always my favourite activities as a child, perhaps partly because I grew up without a TV at home,” she says. “Drawing was and still is so many things to me; a form of entertainment, escapism, relaxation and expression.”

This last point became particularly significant when Anouk first moved to the UK from France “and couldn’t speak English – I learned at that time the power of drawing, and Art generally, as a universal language and means of communication. So there wasn’t so much a decision to ‘become an artist’, as much as an ongoing endeavour to lead my life in a away that would allow me to draw as much and as often as possible.” 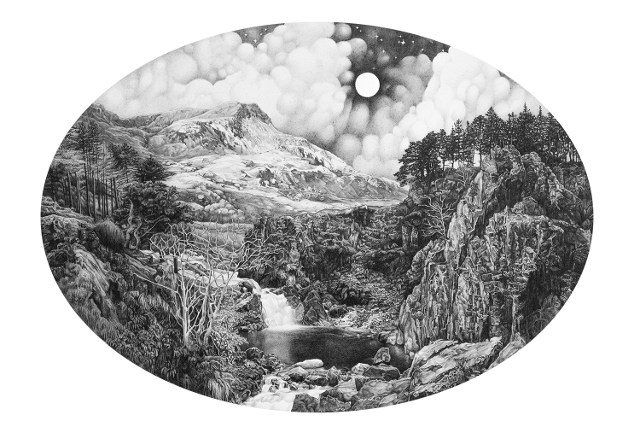 Anouk went to Art School in Paris and then in Bristol, and after graduation found work within the Arts to continue her development “in parallel to my practice.” She says she always makes an effort to ensure any outside work, such as teaching or curating, “compliments and feeds into my practice, whilst allowing me plenty of time in the studio so that I can draw as much and as often as possible. It is all about establishing and sustaining the correct balance!”

Finding the correct balance is also key to the eerie serenity of Anouk’s unique artworks, which blend antique photos and postcards with her own mark making. 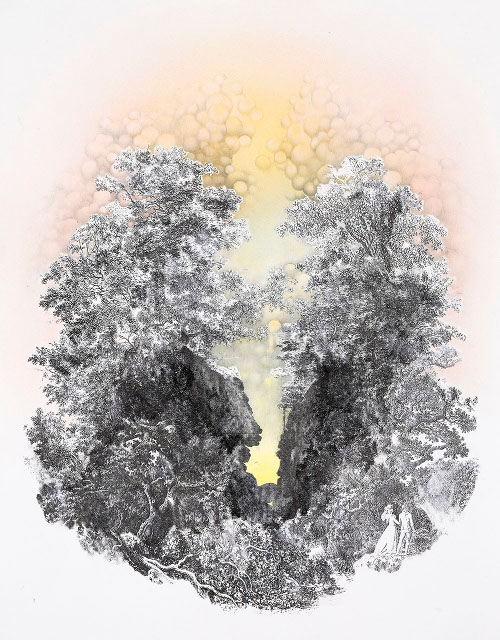 “My practice begins in the collecting of images,” she says, explaining that she has an immense collection to select this base images from. “This is the case whether for a graphite-only drawing, photo etching or acetone transfer and airbrush piece (I use several different techniques throughout my practice).”

Anouk’s process for the latter involves “making multiple photocopies of a selection of existing Romantic landscape prints or paintings, fragments of which are then carefully re-printed onto paper using acetone transfer. I then delicately apply colour to the skies using airbrushed inks, building a base on which to embellish with my own delicate mark-making.” 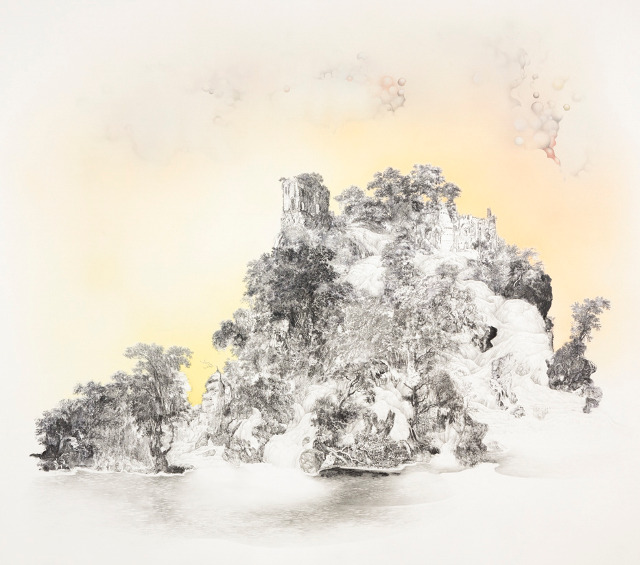 It Stood, Abandoned, Against the Yellow Skies © Anouk Mercier

It’s a multi layered, and often laborious process, she says,”and each stage is more or less predictable. It’s a technique that’s evolved naturally over time, developed to best convey and present concepts and notions inherent to my work.”

Anouk feels fortunate to have “turned my passion into my ‘job’. I love being surrounded by creative, open minded people and objects of beauty, being self employed and free to manage my own time to a certain extent. I have spent every August over the past few years working from France, for example, which always offers fresh perspective and new sources of inspiration.”

Inspiration can come from anywhere at any time, “which is why I always feel that a big part of being an artist is being curious and inquisitive. Generally speaking I tend to be drawn to places and objects that are either beautiful, uncanny or both, which covers a very broad spectrum!”

Anouk spends much of her time taking country walks and visiting stately homes. “Nature, architecture and art all inspire me.”

Anouk’s extensive collection of early photographs and postcards, ranging from Alpine scenes, to Modernist American hotels and hand tinted flowers, are “an inexhaustible source of inspiration to me. I’m currently particularly interested in 18th and 19th Century garden design and landscaping, so I’ve been spending a lot of time ambling through the beautiful grounds of estates such as Stourhead and Hestercombe.”

It sound like a divine way to search for and foster ideas for new artworks. 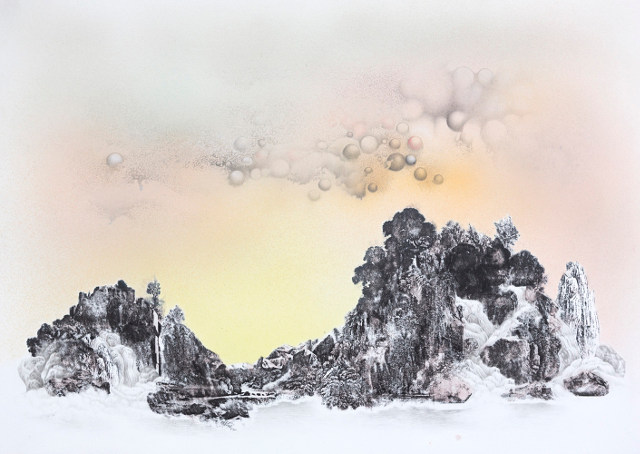 Anouk is currently represented by Antlers Gallery  and The Contemporary London, and regularly exhibits with both. She recently had a drawing shortlisted for the Jerwood Drawing Prize, which you will be able to see as part of a touring exhibition opening in London on 16 September 2015.

Find out more about what Anouk’s up to at www.anoukmercier.com.