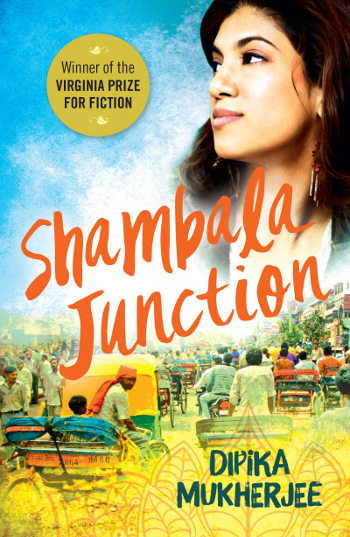 This vividly written, courageous book begins with a train journey that’s unexpectedly aborted long before its destination. An American with Indian parents, Iris alights from her carriage at Shambala Junction at 2am, drawn by the sight of a doll-sellers stall. Left behind when the train resumes its route, she’s plunged into a terrifying situation. With little Hindi language at her disposal and only a small amount of cash, her only option is to trust the strangers who surround her.

Spending a night in a slum was never on Iris’ ‘to-do’ list – through her eyes we experience the shock of poverty, and the discomfort of shamelessly leering eyes. More crucially, however, we enter into the crisis of the people next door, a couple with a missing baby Iris may be able to help recover.

Iris’ newfound resilience is tested as author Dipika Mukherjee examines the baby-trafficking trend, wherein desperate families are encouraged to sell their newborn girls to orphanages who then falsify papers and make thousands from Westerners desperate to do their bit to alleviate third world suffering. Alongside the disturbing disregard for girl babies in many cultures worldwide, these sorry truths wind through the tale and sink into the reader’s consciousness.

In Mukherjee’s sure and confiding tone, we’re invited into meetings between agencies and wannabe parents, and shown that this is a travesty where there are far more victims than villains.

Throughout the novel, Mukherjee immerses us in a vibrant, pungent and noisy world, where human lives are often perilous. Against this backdrop, Iris is forced to find her faith in herself, as well as the people who are trying to help her. She reassesses the person she has become led by the expectations of others, and for the first time sees herself clearly.

It’s a refreshingly original viewpoint on the traditional ‘coming of age’ story, brimming with powerful women, a complex society and fundamental human truths laid out in all its gritty beauty.