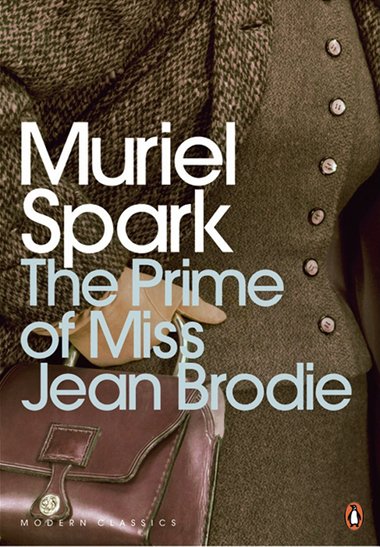 This novel is an elegantly crafted masterpiece on the dangers of power in prejudiced hands. The formidable Miss Jean Brodie of the title is a schoolteacher who moulds her favourites, known as the ‘Brodie set’ into mini versions of herself: cultured, opinionated and extraordinarily snobbish. That she is a teacher rather than an empress or warrior queen is the only thing that prevents this leading to a battle of epic proportions.

With most books these days presented in the first or third person, the omniscient viewpoint is an unfamiliar beast, but in author Murial Spark’s hands it transforms into a skilled tool that takes us on sweeping journeys through minds and times. Far from being linear, the action flickers back and forth, relying on us to keep up, and keep track, of everything we’re being shown.

The foreknowledge of deaths, scandals and betrayals colour our perceptions of each character, and though not all and though not always as a direct result of Miss Brodie, there is a sense that somehow she influences many of the outcomes.

The members of the ‘Brodie set’ retain individual characters despite the gradual brainwashing, and each has a notable trait they are best known for among their peers, though these details seem random in themselves, with one girl being ‘famous’ for her mathematical skill, while another, Sandy, is best known for her small eyes, which Miss Brodie later understands as her perceptiveness. Yet it is Sandy’s internal word, which no one else knows of, that is her most interesting characteristic for the reader.

In fact, we readers know far more than I’m used to thanks to Ms Spark’s use of the omniscient viewpoint.

It’s difficult to explain the complexities of Miss Brodie’s own character. She believes in discipline and class divides to the extent that she esteems first Mussolini and then Hitler to the point of her-worship. Of the latter she mentions, following the war, that he was “a bit naughty.”

Yet despite her strict adherence to etiquette and demands that her ‘set’ follow suit, she falls in love with relative ease, revelling in illicit passions to the extent that she later attempts to live vicariously through an affair she has endeavoured to engineer between one of her students and the object of her affections.

“There was a whiff of sulphur about the idea,” we’re told through Sandy’s viewpoint. “Her deviousness, one-mindedness, is such that she composes a dark plan, making use of two of her pupils: one with insight and one with instinct.”

And yet, despite all her power, her guile and lack of regard for the moral codes followed by others, she is in the end, as Sandy says, a faintly ridiculous figure.

The book is an astonishing accomplishment, woven so beautifully and tightly that you emerge from it with an equal mix of admiration and loathing for Miss Brodie, a woman who brings new verve to the phrase “she was in her prime.”

The Prime of Miss Jean Brodie by Murial Spark is available to buy from Amazon.