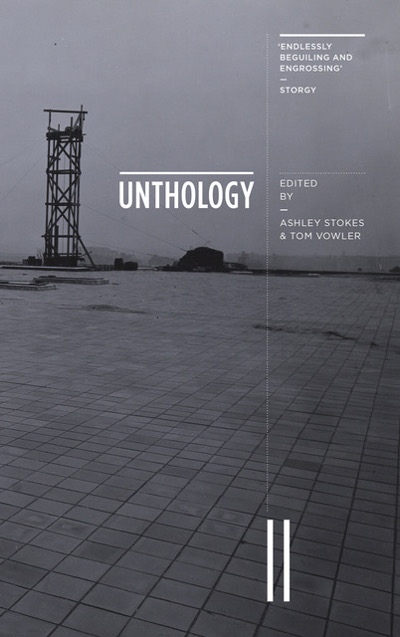 There are some writers capable of winding entire worlds into a few thousand worlds, ready for readers to unpack and explore. The team at Unthank Books have a skill for identifying this particular breed of author, as showcased in the latest Unthology.

The theme of this tangled assortment of spaces is hinterlands, and the worlds contained within are appropriately shadowy – these are the places and people that exist on the edges, where starlight is more at home than the city lights, and it’s wise to wait until your eyes adjust.

In Peasant Woman Number Four, Angela Readman conjures a living museum where the protagonist Meredith takes a job bringing the past to life for tourists and school children. Near the beginning she seeds in the line “It was impossible to tell if anyone was ashamed at the museum”, hinting at the darkness she herself is hoping to escape.

Dressed in traditional costume, in working hours Meredith inhabits a small house kitted out with authentic historical details. In Meredith’s case this include the man who plays her husband: “They didn’t speak until she’d been his wife for a month.” Meredith plays Peasant Woman Number Four, Wife with Spinning Wheel, The One with the Big Bowl of Apples, and meets her husband “in the box bed on Fridays.”

For Meredith it’s a retreat from the modern world where mobile phones hold every gaze. The museum is an attractively artificial scenario, and if you’ve ever visited one of these museums and wondered about the employees, their relationships to each other and to their lives beyond the museum gates, it’s riveting even without its underlying seam of regret.

The following story, The Provenance of Objects by George Sandison, too, seems to utter a warning about progress, weaving a hint of age-old mythology into the setting of a seemingly sentient office block where it’s notable that not all of the rooms move.

The Berg by Richard Smyth is an intensely brief short story written artfully in a vernacular that brings the characters and uncompromising setting to life. “The fackt of the mater is that we are nuought but a great block of Ice, sqare-rigged and South bound.” Our hero is one of a motley crew of former criminals (his own crime is sodomy), charged with the thankless task of transferring a iceberg south to cool the seas.

There are some gorgeous turns of phrase in this small masterpiece. The sky is described as being the colour of a black horse’s flank, and the ocean as foaming. Smyth paints a vivid picture of the pitching block of ice against the wild sea, and it’s interesting that of all the dubious characters you’ll meet in this book, his convicted felon may be the one truly good person, as he risks his life to save the bird he’s come to know as ‘Penguine.’

Wise Man by Georgina Parfitt deftly summons the knife-edge boredom of a rural town on Christmas Eve, when teenagers will do anything to shatter the tedium. A restlessness ripples throughout, with the unspoken threat that things could end unspeakably badly.

It’s a compellingly claustrophobic, unsettlingly familiar tale, which is a description that happens to fit every piece it sits alongside. Originality shines from these stories, couple with a distinct shock of recognition. As individual these authors’ inventions are, there’s a clear sense of paths we could each have trodden, and may have evaded only by chance.

Unthology 11 is available from https://www.unthankbooks.com/books/

Unthology 11 will be published by Unthank Books on 25th July 2019. It’s available to pre-order from wordery.com.

Read my review of Unthology 10.