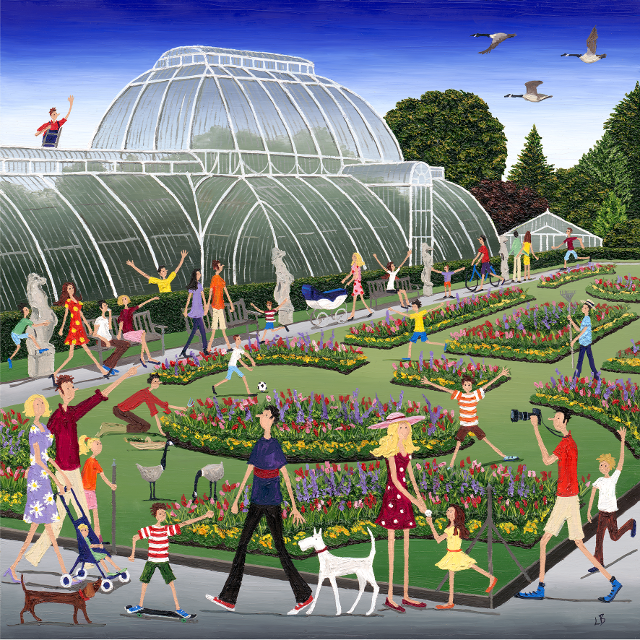 There’s an energy to Louise Braithwaite’s work that makes it resemble a still from a film – press play and all her characters will resume performing whatever role she’s set them. Her paintings been described as the ‘happy Lowrys’, and it’s easy to see why – they’re crammed with figures in suspended motion, and usually set against an intricate, colourful backdrop.

Yet her success has been something of a surprise, at least to her nearest and dearest. “Art was always my favourite subject at school but I was told by my family I’d never make a proper living out of it!” she exclaims. “I studied Media and Production Design (Graphics) as I thought this would be more commercial but I ended up painting after a few years working for a design company. I proved them wrong.”

Louise never wavered in her decision to pursue this goal. “It was meant to be… I bought some oil paints (my mother had always wanted me to paint in oils, sadly she died in 1995). I took the first painting I liked to be framed at a local framers in Battersea and three people asked if it was for sale so the owners asked me to paint something for their window and it just spiralled from there.” 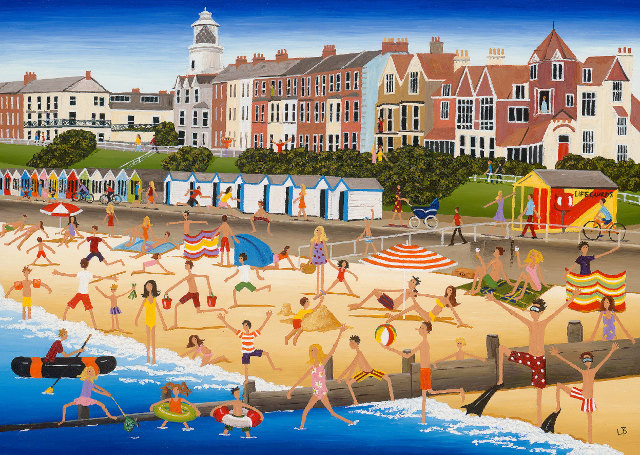 Louise started out by painting “generic seaside scenes” but has gradually become more site specific over the years, so that viewers can often recognise the places they love in her work. “I paint many commissions of townscapes or individual houses.” 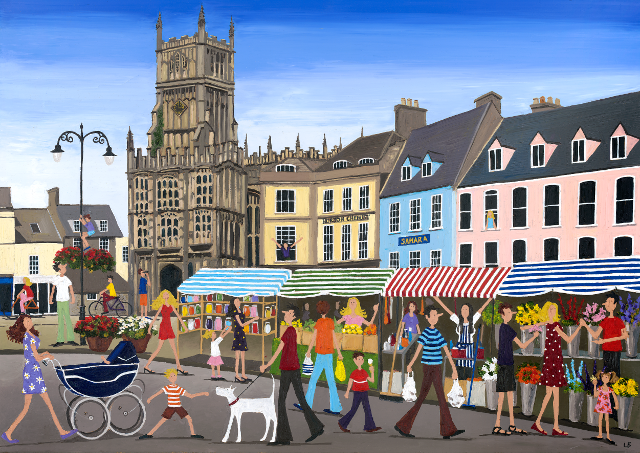 The figures striding through her oils are also part of her driving force. “I’m fascinated by people and I love watching them. Really any situation, place or event can translate into one of my paintings.” 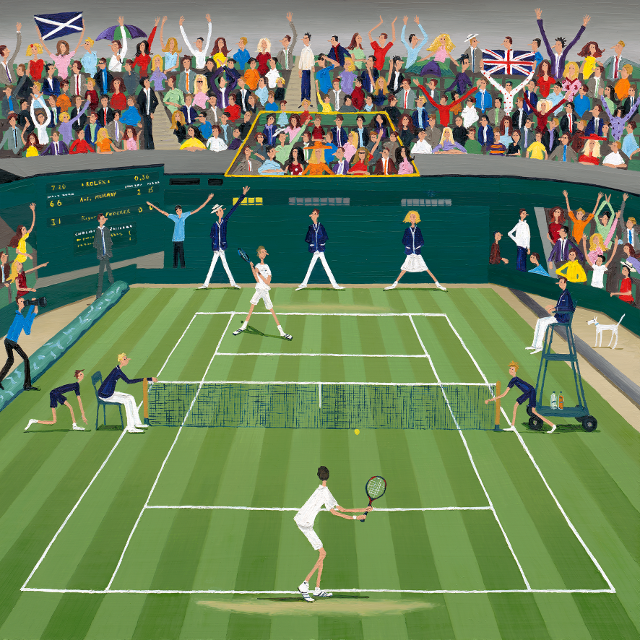 The scenes are full of enjoyment, and mostly show people relishing their leisure time – strolling, watching and playing sports, sunbathing, dog walking… In a way, these depictions reflect the elements Louise says she finds most satisfying her life as an artist. “I love having the freedom to take the dog for a walk, do a yoga class, play tennis or have a long lunch with friends, and there is no one to say no, except me.” 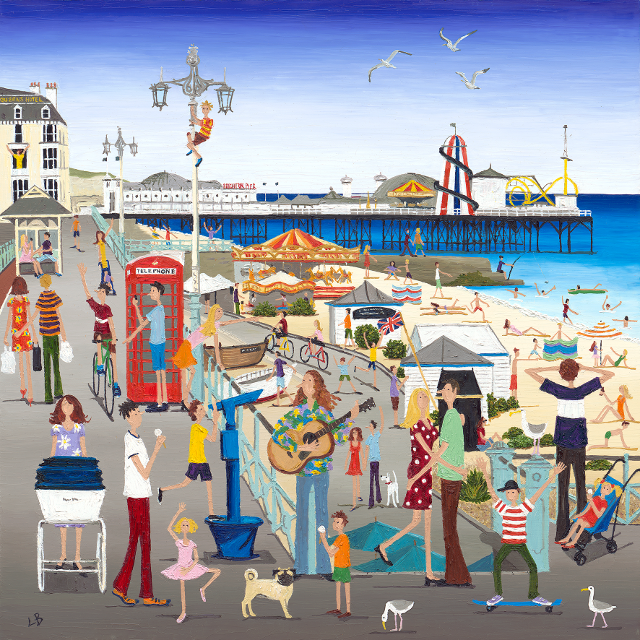 That isn’t to say she doesn’t work hard to produce and sell her paintings. “I try to sell a lot of my work directly to minimise the commission paid to galleries,” she says shrewdly. “I have a website www.louisebraithwaite.co.uk and another for prints and cards www.madloupublishing.co.uk. I take part in The Affordable Art Fair in Battersea in March and The Bristol Affordable Art Fair in September. We also do shows such as Hampton Court Flower Show and Spirit of Christmas in Olympia to sell the limited edition prints. Plus I exhibit with Aubergine Gallery in Wimbledon, Ingo Fincke Gallery in Battersea, and Marine House in Beer, Devon.” 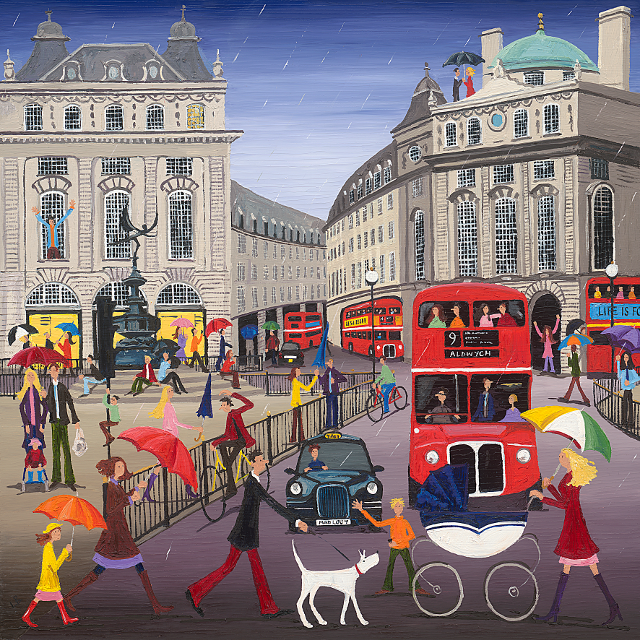 In fact, many of the places where she exhibits her work are also those captured in her oil paintings, presenting daydream, exuberant versions of the places we know and love – cast in vibrant, aesthetically pleasing shapes and colours.