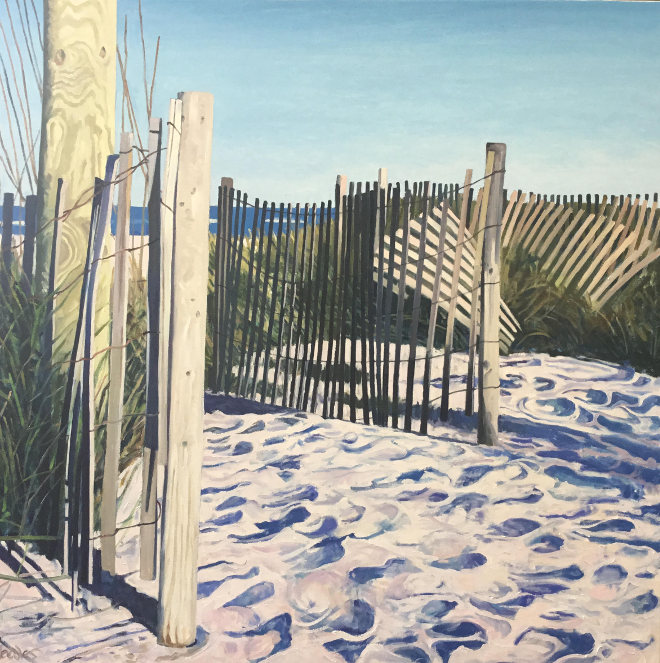 I initially met Paul Needles when I was a teenager taking GCSE Art and fairly unaware that he had a first name, let alone that he had a thriving practice as an artist beyond the secondary school classroom where he taught. Paintings of oceans, fields and harbours capture the tranquility of the English countryside and Spanish coastlines, and offer evidence that teachers do in fact have lives beyond the schoolyard gates.

“I’m unsure how my interest in art first developed,” he says. “I came from a strong and supportive working class background. Both of my parents needed to work and neither were especially interested in the visual arts although my father was a very accomplished musician, playing a variety of brass instruments.”

Paul was fortunate enough to pass the 11-plus and attended Cotham Grammar School in Bristol “where art was pretty low on the curriculum. We did however have a very inspirational and slightly eccentric art teacher called Gerry Hicks.”

Mr Hicks had a significant impact on young Paul. “He was a well known character on the Bristol arts scene and was also a keen environmental activist at a time when the environment was low on the agenda,” Paul comments. “Gerry was a great inspiration to me. He and his family became great friends and were very supportive when I decided I wanted to follow him into teaching. Sadly, Gerry died last year but I still keep in touch with his wife and family.”

Having such an inspirational art teacher influenced Paul’s career choices. “I guess that I wanted to give kids the experience that he had given me. After all, nobody forgets a good teacher, do they?” 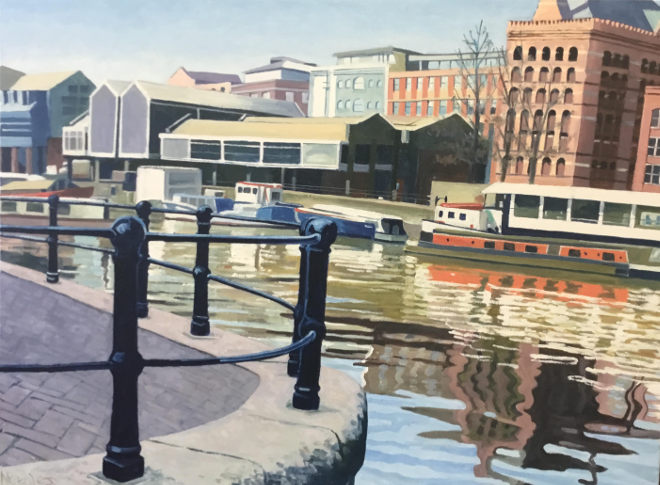 After Paul completed his teacher training he started his career in Kent where he worked for five years before returning to South Bristol. “I taught there for 18 years before moving to Thornbury, staying for just over 15 years.”

Paul had always believed strongly that teachers should be practitioners of their subjects. “I always managed to find time to produce my own art work,” he says. “Some periods were rather lean but I made sure that I kept my hand in throughout my career.”

Then, around 15 years ago, Paul was encouraged by another former teacher and lecturer, John Stopps, to show his work at a gallery in Bristol. “I have done so every couple of years since then. I’ve also shown at Thornbury Arts Festival as well as the Octagon Gallery at the Castle School.” 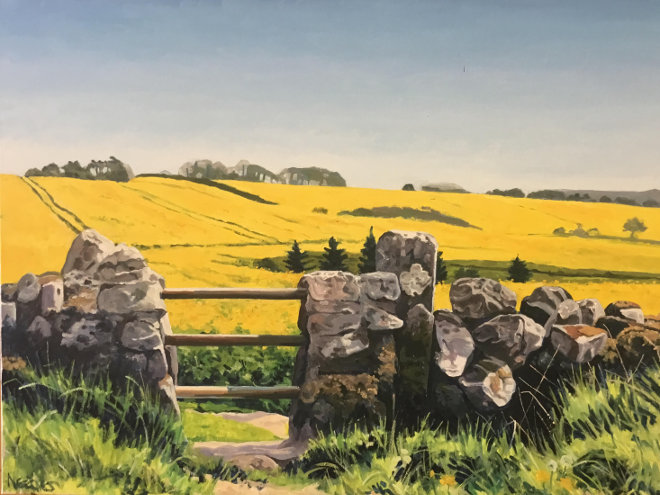 Paul spent his early years painting portraits but his focus shifted gradually towards landscapes. “I love Britain and the West Country in particular,” he says. “The Forest of Dean is a favourite and much loved haunt, as is Bristol itself. I also travel a great deal in Spain and am really inspired by the Spanish landscape with its wide variety of environments.”

Paul retired in 2006 at the age of 60. “I still loved teaching but didn’t want to become one of those sad old teachers who were out of touch with the pupils and decided, after teaching for almost 39 years, my time was up,” he says. “I had a great team of young teachers at Castle School and felt confident that they would carry on where I left off.”

With his teaching years behind him, Paul is busy creating his own artwork rather than guiding other people’s. “I built a large studio at the end of my long garden a couple of years back,” he says. “It means that I can be as untidy as I want and can leave my work out. My former studio was much smaller and is now used as a workroom by my wife.” 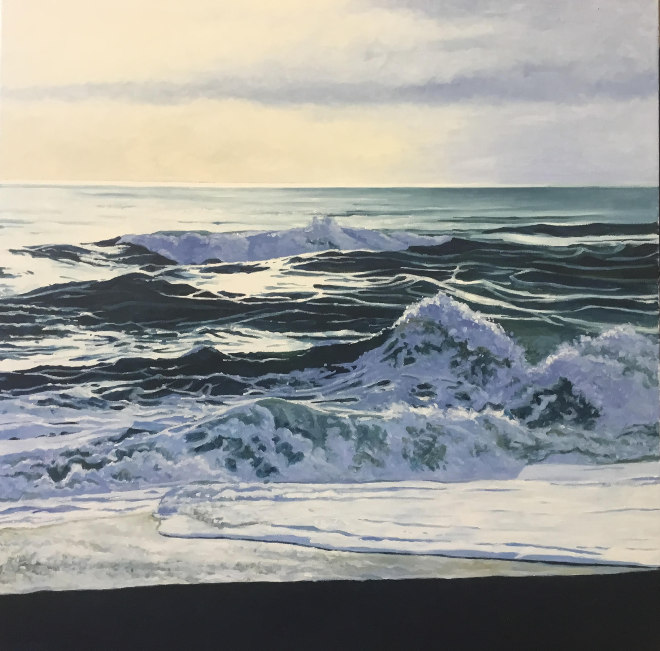 Paul is now lucky enough to paint every day. “I enjoy the solitude of working with only with the radio or my CD player for company,” he says. “I can easily get lost in my own thoughts as I work.”

Paul’s already has an exhibition planned for next year, taking place at the Guild Gallery on Park Street in Bristol from 12th August – 2nd September 2017. In the meantime, find more of his work at paulneedles.com.