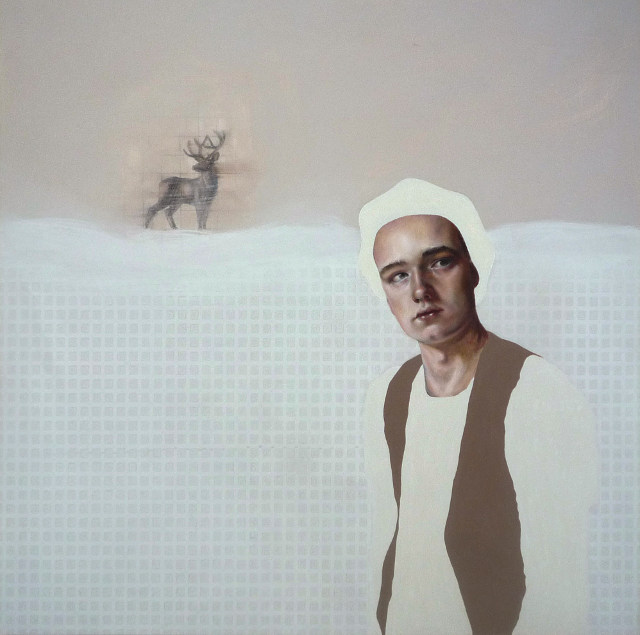 Like dreamscapes populated by strangers you almost recognise, Pippa Young’s pictures intrigue and unsettle in equal measure. Her figures gaze out of the canvass with a preoccupied air, so that we’re left wondering what they’re thinking about and how we can attract and keep their attention. Hang on, surely that should be the other way around, shouldn’t it?

Talented Pippa says she never actually made a conscious decision to become an artist. “I think I was destined to do something creative from an early age, but it took me a long time to become a fine artist,” she says. “I was always drawing or making something as a child and apart from a brief period as a teenager when an aptitude for maths made me consider sound engineering as a career, I’ve always been involved in visual art in one way or another.”

The need to earn a living pushed her to find something “more lucrative” than fine art. “I had early forays into jewellery making and knitwear design before I became a graphic designer,” she says. “It was only later, when my children were older, that I realised I wanted to create work on my own terms rather than always answering someone else’s brief. That was when I signed up for a fine art degree course at Falmouth University as a mature student.” 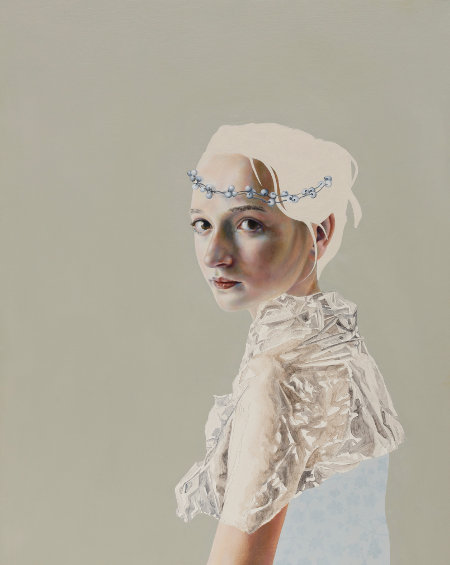 After so many years “solving other people’s creative problems as a designer”, Pippa says it took her a while to find her own direction creatively. “The degree course was a decompression zone and once I got into my stride I couldn’t imagine doing anything else,” she recalls. “I was lucky in that my degree show sold out and I had a lot of interest in my work early on. But I have had to make a conscious effort to market myself – the world doesn’t beat a path to your door!” 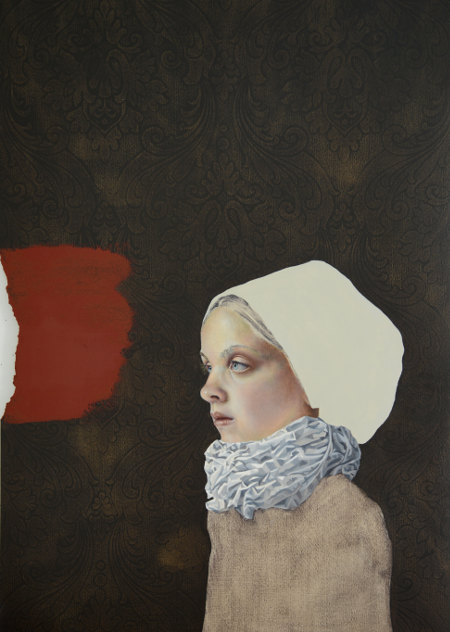 Despite most of her work featuring human figures with disconcertingly intense expressions, Pippa says she doesn’t think of herself as a portrait artist, or even particularly interested in portraiture. Instead, she says, she’s “seeking to connect with the viewer in the most direct way I know through depicting something about the human condition. I’m not interested in making a likeness – I’m interested in painting a figure in which the viewer might recognise something of themselves. I choose faces which are youthful; models who perhaps haven’t quite grown into their identity yet which means, hopefully, that the viewer is able to project their own interpretation onto the image.”

Glancing at them, I can sense that these characters have rich and complex back stories. I can imagine what they’re thinking, the act they’ve just committed and what that brought them to that point. Then the next time I look, I see a whole other set of emotions, an entirely different scenario. It makes them endlessly interesting. 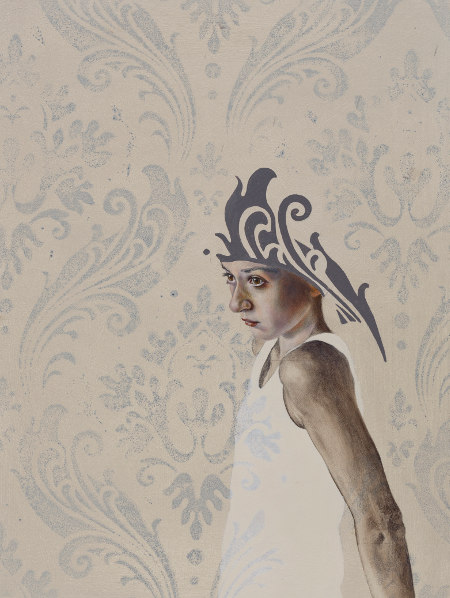 And if the style of the work seems in any way familiar, it’s probably due to what Pippa refers to as her “obsession with early and mid renaissance painting” which influences her creations, along with photographic imagery in the media, pattern, colour, the nature of the reality we construct around ourselves, the fragmentation of contemporary experience, visual languages…”

The latter of these seems to particularly fascinate Pippa, as she talks of exploring notions of reality, juxtaposition of visual language, recontextualisation of renaissance poses, ideas of second–hand experience through mediated imagery, formal qualities of painting like composition, colour, scale…”

But all you really need to know if that Pippa invites you to interpret her painings however you wish – in fact she urges you to.

“I love the autonomy of art, the chance to discover and play. I love the sensuality of paint and colour,” she says. “I love that although I am pleasing myself, what I do seems to have a resonance with others.” 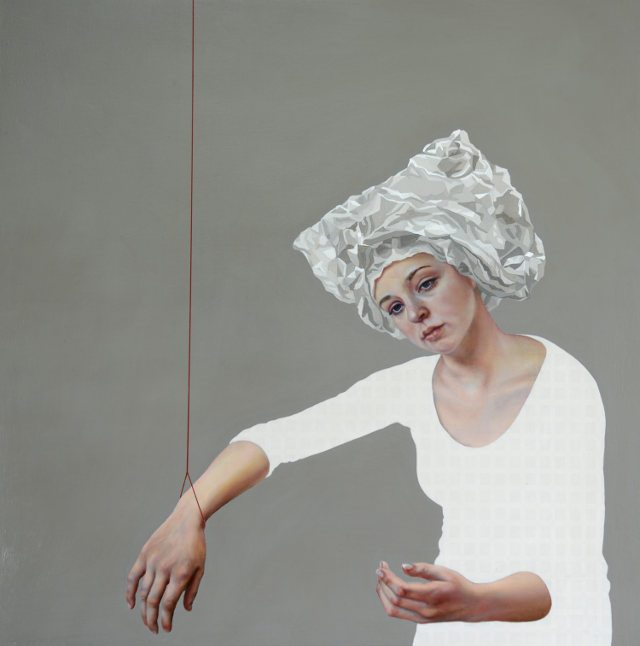 View more of Pippa’s artwork at www.pippayoung.co.uk, as well as in a number of galleries including Medici Gallery in London, Beaux Arts Bath, Coombe Gallery Dartmouth, Cornwall Contemporary in Penzance, and Saatchi.com.