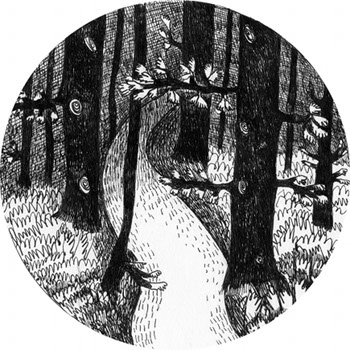 The eighth story in my debut short story collection Remember Me To the Bees is Stalagmite. This atmospheric artwork by Louise Boulter is one of my favourites in the collection.

The initial prompt for this tale was reading some myths connected with the Scottish island of Jura, where it was once an honour for young girls to have their hair selected to be used as ropes for the fishing boats. Mixing that in with a hint of sacrifice, I thought about how a modern day family might be damaged if the father became so obsessed by the myths that he grew to believe them. Oh, and I added a dragon for good measure.

At the heart of my story, however, is the idea of reconcilliation – how might it feel to reconnect with your father after twenty years apart?

A short excerpt from Stalagmite

“What would you like to do first?” Dad asks as he takes me to a battered Morris Minor and swings my case into a trunk strewn with shells, rocks and battered tin cans. “Are you hungry? Tired?”

“Neither,” I say. “Can we dump my stuff at the house then go for a hike into the hills? The old trail?” I’m desperate to see the island – I have an uneasy feeling I’ve romanticised it beyond all recognition.

“The Wolf Walk,” he says softly, eyes flashing with surprise. “You remember that? All right, let’s do it. But first you should know that after you and your mother… I rather downsized.” Downsized turns out to mean a small rusting caravan that lists slightly to one side on a strip of balding, cow-trampled ground.

“It’s not much, but it’s home.” He leads me inside, swinging my bag onto a narrow kitchen table. A sleepy bumblebee fusses in the thin curtains – out from hibernation a touch too early. Dad unlatches a window, ushers it outside, watches it disappear into the sky.

“Is there a bedroom?” I wonder what I’ll do if he says no. Insist on staying at the island’s one hotel? Mum had wanted me to do that anyway, her doe-eyes dilated with concern as she watched me pack.

“Of course there is, silly!” Suddenly he resembles the dad I’d known, laughter rushing out of his mouth in a howl. I grin, simultaneously unnerved and reassured. “You can have it. I’ll sleep in here.”

“It turns into a bed. Have you never stayed in a caravan before?”

I try to think back, but our family holidays are snarled up amongst his retellings of the island myths. Did we stay in a cave at some point? It seems unlikely, but not impossible. “If we take the long route into the hills we won’t be back by nightfall anyway,” he says. “How do you feel about camping out? I have a couple of sleeping bags.”

A couple? I look at him and he shrugs. “I always hoped, you know, that you…”

He opens a cupboard, drags out two neatly parcelled Four Season bags. I inhale their faint mustiness but stop myself commenting on it. He’s been waiting for this far longer than I’d realised. 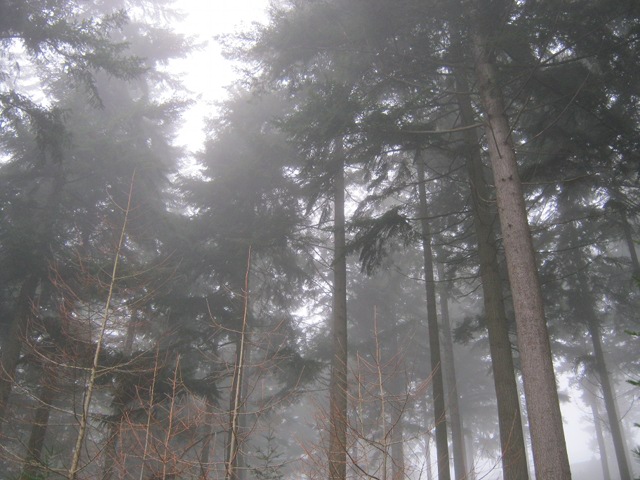