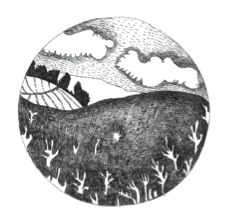 The 15th story in my debut short fiction collection Remember Me To The Bees is The Beast. I wrote it in response to a call for submissions from bi-annual journal of new fiction Riptide for their Cornwall-themed issue, and was really chuffed that it was selected for publication in  Riptide Volume 7.

I wanted to write a story blending together urban myths, in this case the Beast of Exmoor, along with the taboos and secrecy thrust upon us by society, as with regards to domestic violence, and then explore these through a child’s eyes who may not fully differentiate between the two.

The artwork at the top of this post is by Louise Boulter. The others are my own.

A short excerpt from The Beast

The school day was long and achy and boring. Especially at break-time when the other kids watched him and whispered together as he shuffled outside to sit while they played footie. He hated the fact that they hadn’t known him before, when he could run and kick as hard as any of them. As far as they were concerned, he’d always been damaged, and always would be. Through their eyes he could only see himself as he was now. The real him was nowhere in sight.

Mrs Braithwaite had got his mind whirring, wondering about the creature that was too terrible for her to risk telling him about. Back in the classroom he toyed with the idea, trying to imagine what it could be.

‘Tyler Clarkson, I’ve been calling your name!’ The teacher’s voice made him jump, but she sounded more worried than cross. ‘What are you thinking about?’

‘The Beast,’ he said, without meaning to. He hunched down in his chair as the class erupted into giggles.

‘Hush, class,’ the teacher said firmly. ‘Do you mean the Beast of Exmoor, Tyler?’

The note of kindness in her voice made him brave enough to nod. ‘Yes, Miss. What is it?’

She smiled, seeming pleased. ‘Well, class, here we have a newcomer who doesn’t know our local legend. Who can help?’

A dozen hands shot up, some waving furiously. Tyler blinked around at them. It had to be something good to get such a response.
‘A giant cat, Miss.’
‘A puma, Miss!’
‘Loads of hikers have been attacked by it, torn limb from limb.’
‘My great-uncle was a farmer and in the 1980s he lost more than 100 sheep to the Beast!’
‘My granddad once saw its footprints. He said they were bigger than dinner plates!’

The teacher clapped her hands, making them fall silent. ‘Well, most of you are right, in one way or another, but perhaps the most important thing is that it’s a myth, which means what?’

She nodded, pleased again. “It probably isn’t true. If there ever was a Beast, which I doubt, it’s long gone from Exmoor now. So there’s nothing to be afraid of at all.” 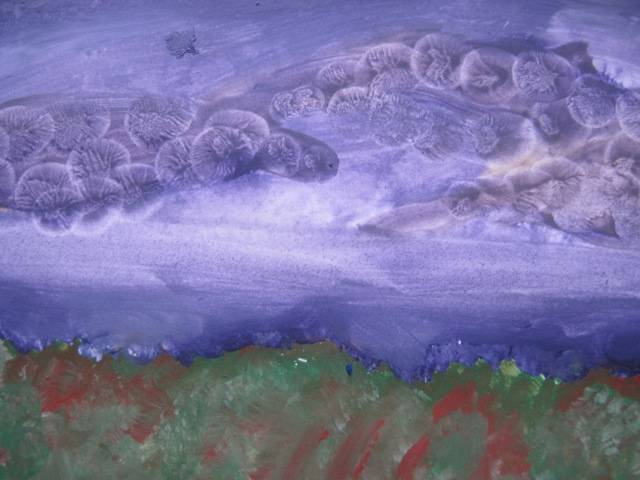