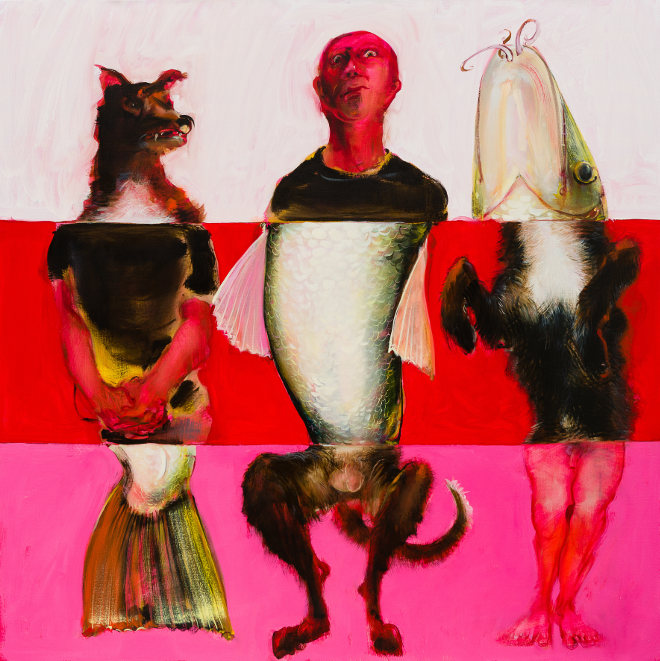 The Misfits by Nicola Bealing

Author Angela Carter put her own twist on many traditional fairytales, as well as dreaming up her own unsettling stories that hark from ancient fables. In celebration of her askew imagination, the RWA is hosting Strange Worlds: The Vision of Angela Carter, an exhibition of artworks inspired by her writing, as well as original cover art from her novels and more. 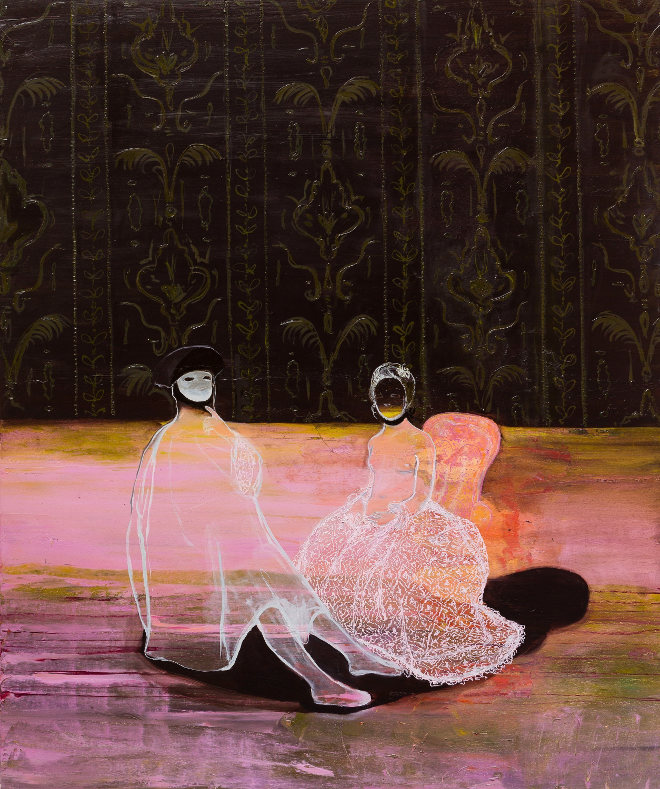 After The Masked Visitor by Lisa Wright

Eerie, beautiful, thought-provoking and discombobulating, the pieces on show include Marc Chagall, Paula Rego and some truly luscious works by Leonora Carrington, as well as plenty of others that seem selected to haunt your dreams and stir your imagination.

The exhibition is curated by Dr Marie Mulvey-Roberts of UWE, and the artist and writer Fiona Robinson. Among my favourites were works by the wonderfully macabre Heather Nevey (below), and an understatedly unnerving oil painting titled Grandma’s Footsteps by Angela Lizon. 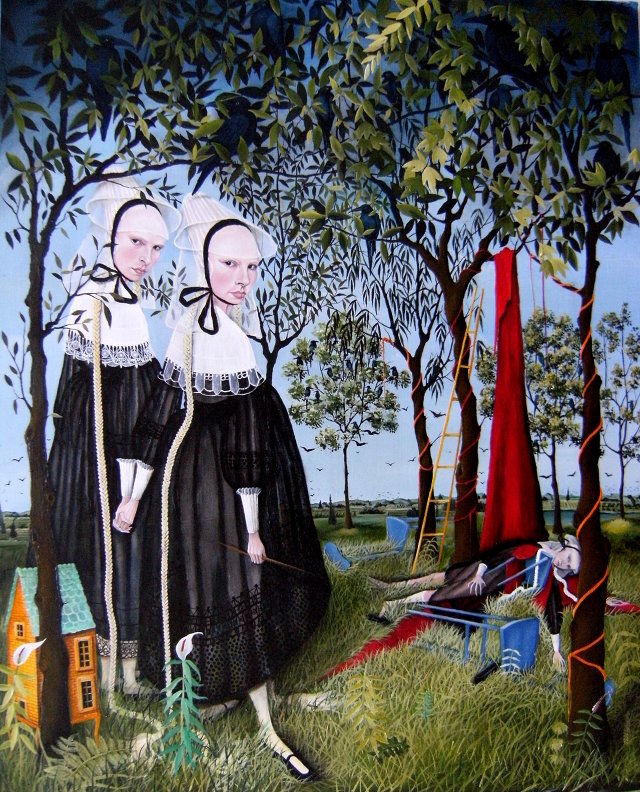 Other highlights include the chance to see Angela Carter’s photos, pens and other artefacts. For me the best part of all, and the most alarming, was stepping through a curtain into a gallery populated by strange figures with outlandishly large egg-like heads, seated around a table where a naked, terrified man lay prostrate – an installation by Ana Maria Pacheco titled The Banquet.

Wonderfully, while some of these works were inspired by Carter’s fiction, others, such as Chagall’s work, helped to fuel her creativity, while others still sprang from similar ideas, proving what a rich conversation visual and written works can enjoy.

Strange Worlds: The Vision of Angela Carter is on at RWA, Queens Road, Bristol, BS8 1PX until 19th March 2017.