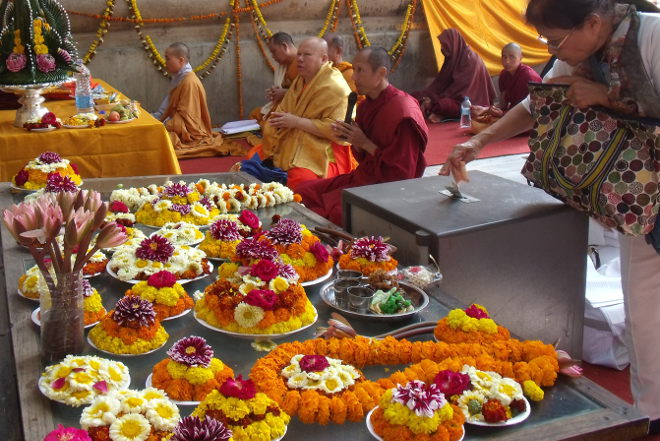 Author Dipika Mukherjee tells us how she came to set an award-winning novel in Shambala Junction, India, and advises how we can make setting play a role in our own writing.

One of the nicest perks about being a writer is that it is a great excuse to travel, all in the guise of research. Although Shambala Junction is an imaginary place, writing the novel took me on lovely long train journeys through India.

Mine your own memories

Shambala Junction begins with a rather jinxed train journey for the protagonist, Iris, an Indian-American young woman visiting India with her new fiancée. I mined the memories of my own childhood, especially the wonderful nostalgia of long train journeys from New Delhi Station to Howrah in Kolkata, to write Iris’s wide-eyed enchantment with the ubiquitous details of Indian life.

Every summer, when the heat drove Delhiites to cooler cities, my family would board the Rajhdhani Express for a 24-hour journey with a long halt at Mughal Serai. Mughal Serai in my childhood had makeshift stalls selling colourful wooden dolls; although, it is almost impossible to find these artisans at railway stations anymore, Aman’s stall is inspired by my vivid memories:

He had an array of colorful wooden dolls spread out in front of him on a pushcart: there were dolls with turbans and flared coats playing flutes and dholaks; there were men riding horses with colorful stirrups and dazzling sword-sheaths; there were dancers dancing with the left leg slightly on tiptoe, caught in mid-swirl in the disarray of flouncing skirts.

Iris was enchanted. She had once owned a dancing doll just like that one, a beloved painted wooden thing with a crack in the veiled head, a gift from some unremembered relative in her childhood.

Start with a vein of truth

I started writing this novel after being enraged at the tone of an article about ‘baby shopping’ which was about international adoptions fuelling child-trafficking in India. This is a global problem, not just limited to India, and the trafficking moves from one impoverished country to another as the authorities start clamping down on severe irregularities I wanted the western world to realise that we are all complicit in this, especially by pretending that if poor children are placed in affluent homes it makes the world a better place.

I wrote the first draft in about three months in Amsterdam, then I edited this novel over four years, toning down the rage and making the characters blossom into real people. A novel like this taught me that there are far too many victims in these stories to be a novel about the East vs West or the Consumerist North vs Impoverished South. This story needed nuanced characters, and I was very aware of how easy it was for me, as an author, to have them climb onto soapboxes.

So this story shifted, from being based in New Delhi, to an imaginary Shambala Junction, loosely based on Gaya. Gaya is an ancient city and a deeply spiritual place where the Buddha attained enlightenment. It has a real hill where the Buddha preached the Fire Sermon and a Mahabodhi temple, and these feature in the novel as well. At the same time, Gaya is also within the state of Bihar, which was at that time considered one of the most badly governed, lawless and corrupt states in India. I travelled to Gaya alone to get a sense of the place and visited the Mahabodhi temple, with its most international gathering of Buddhist pilgrims from all around the world alongside general tourists like me. 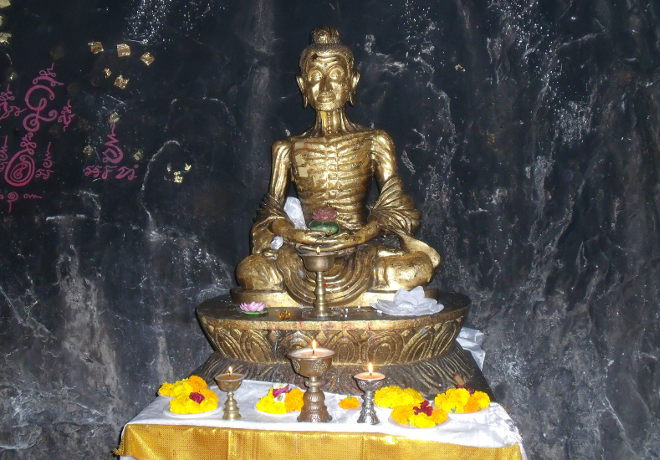 I also visited the cave with an emaciated Buddha figure; an image rarely portrayed in Buddhist iconography, yet the rigors of attaining Nirvana would certainly have necessitated this condition. It was a startling image; a reminder of the frailty and mortality of all human condition.

The hill where Buddha preached the Fire Sermon was quite a trek, and in the novel, I transmute my experience into the voice of Emily, a Canadian woman wanting to adopt an Indian girl-child:

Emily raised her head. She could see the motley group of children heading for the next tourist bus pulling in. They had no time for play; it was work for them as long as tourists like her showed up. She felt her eyes prickle; so many children with miserable lives. Too many children who could not be adopted into better lives.

Beside a square white enclosure it was all brown on the hill. The rough-hewn rocks scattered on the dusty ground made room for brown shoots to limply wave in the wind. Her skin tingled with a tragic epiphany; on this hill, pregnant with religious history, she could see absolutely no signs of life.

Unlike Emily, I was left with a very happy memory by my trip to Gaya. During my visit to the Mahabodhi temple, as I sat under the Bodhi tree meditating with other people at the site where the Buddha had attained Nirvana, a stray leaf twirled down from the green canopy of the Bodhi Pallanka overhead and fell into my lap. That dried leaf is now framed and hangs in my home in Chicago; I like to think that the Buddha approved this story much before it found a publisher or won a prize! 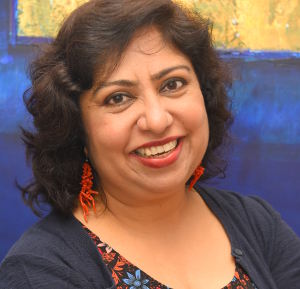