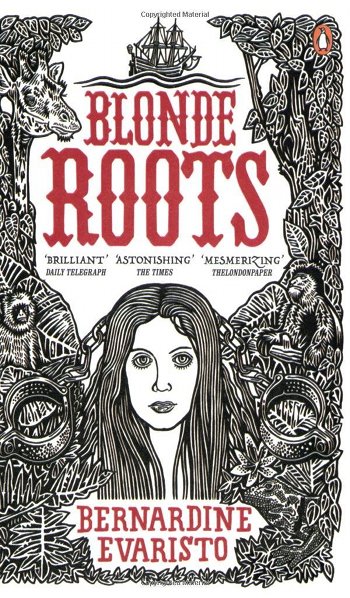 In this ambitious reimagining of the history of slavery, Bernardine Evaristo has meticulously turned every detail of the world as we know it inside out.

In transforming white people into wiggers enslaved by the blaks she has done far more than show us the impact slavery had on an entire race of people – she has made us feel what they felt, see their surroundings through their eyes, feel their sense of inferiority foisted upon them by generations of being told that they were weaker, less intelligent, less capable of emotion, simply less than mankind.

Blonde Roots‘ narrator is Doris, a “yellow-headed stalk of a girl” stolen from her life in England at the age of ten while playing hide and seek with her sisters. Through flashbacks interwoven with scenes of her life as sugar baron Bwana’s top slave, Bernardine illustrates a rich, glorious world where the blaks are in charge, where plump flesh is desirable and slimness considered ugly, where topless fashions are the norm, where every mouthful of food is spiced and Brussel sprouts and cabbages are considered exotic. END_OF_DOCUMENT_TOKEN_TO_BE_REPLACED