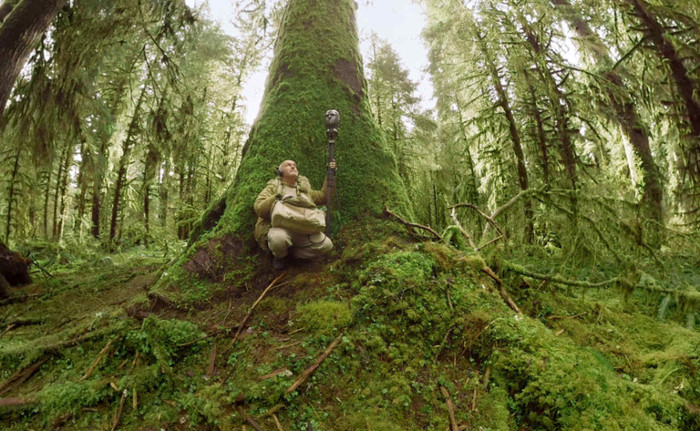 Limina is the UK’s first immersive cinema VR Arts venue, and just happens to have cropped up on Bristol’s harbourside. Outside, it looks like just another building, but inside, you’ll discover oceans, rainforests, architectural marvels, and wild places that are on the brink of disappearing from the real world.

On entering you’re invited to relinquish bags and coats: “It’s best to be as unencumbered as possible.”

When the time for the screening begins, we and our fellow travellers (each screening allows a maximum of 12 people), were led into a room where swivel chairs with plump cushions awaited. So far, so low-tech. Our hosts handed out headsets, warned about possible dizziness and advised us to close our eyes briefly to regain our balance if necessary. 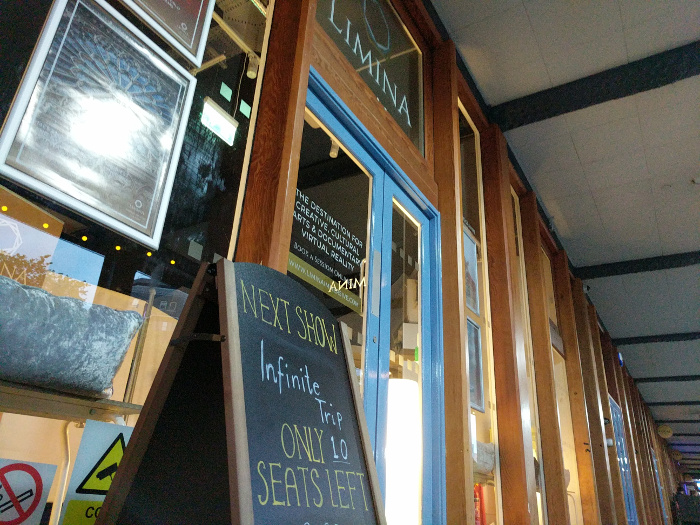 The first scene that appeared was an illustration of Avon Gorge and Clifton Suspension bridge, with a few static hot air balloons for good measure. Even this doodled scene was entire, so that if you turned in your chair the view continued, with the river stretching onwards. A calming female voice explained what was about to happen, and that Limina means ‘between things.’ I actually googled the word afterwards, and discovered it also means: “The threshold of a physiological or psychological response” and “an entrance’, which seems very apt.

We’d chosen to attend Cathedrals and Rainforest, a double-bill exploring the power of natural and man-made sanctuaries.

Our first short screening was The Man Behind Notre Dame, by TARGO. In the company of Rector-Archpriest Patrick Chauvet, we explored the cathedral’s most imposing and private spaces, pre-fire, joining him in his preparations and attending part of a mass where I found myself taking a gulp of air, expecting inhale incense. For me, the vertiginous views from among the gargoyles atop one of the towers offered a moment of breathtaking awe. 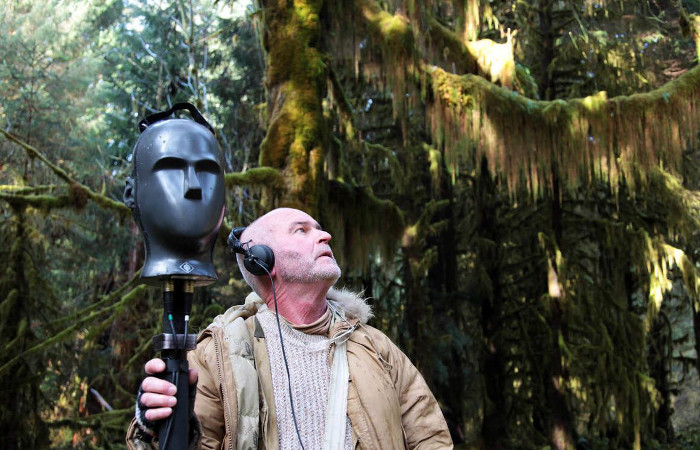 Our second journey, Sanctuaries of Silence by Adam Loften, Emmanuel Vaughan-Lee and Go Project, acoustic ecologist Gordon Hampton invited us to enter the Hoh Rain Forest on the Olympic Peninsula in Washington state. It’s actually a place I’ve visited, and again I was aware of how much I understand the world through smell, as I sought the aroma of the trees dripping with moss. Our guide led us into the forest of immense Sitka spruce and onto Ruby Beach, surrounding us in layers of natural sounds as well as the calming beauty of these places. It was a highlight of the virtual reality experience, resetting my mind from the hubbub of Bristol’s city centre.

There’s something extraordinary about these films that capture a location so completely. Since the fire that occurred in Notre Dame, this particular viewing offers a gateway to a location now drastically changed. While in the screening, you can gaze in every direction and take in the true grandeur of architecture now lost in the real world.

The same was true in the second film of our double bill. The demands of modern life mean many of us spend little time deep in the countryside, and this was a much needed pause in pace.

I emerged feeling I’d been away on a walking holiday or to a spa, refreshed and rejuvenated. It seemed strange that less than 30 minutes had passed. I catch myself already wondering which event to swim into next. Perhaps Ocean, Body, Mind?

In future, I suspect smell and texture will play a larger role in these immersive events. For now, these experiences offer brief pockets of respite I think would be beneficial on a regular basis – perhaps on prescription – to keep our brains in check and remind us of the world beyond our city streets. Wonderful.

Find out what’s on and book tickets.