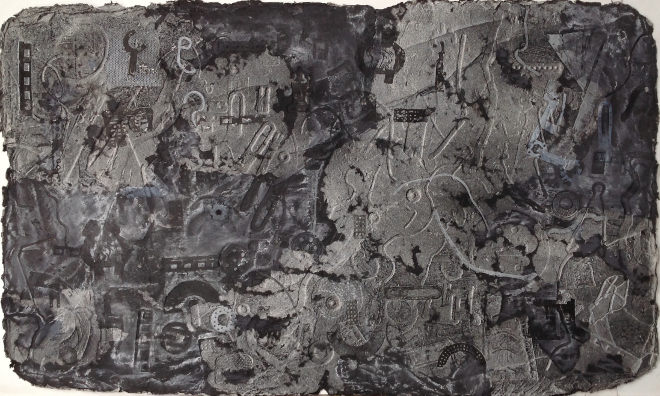 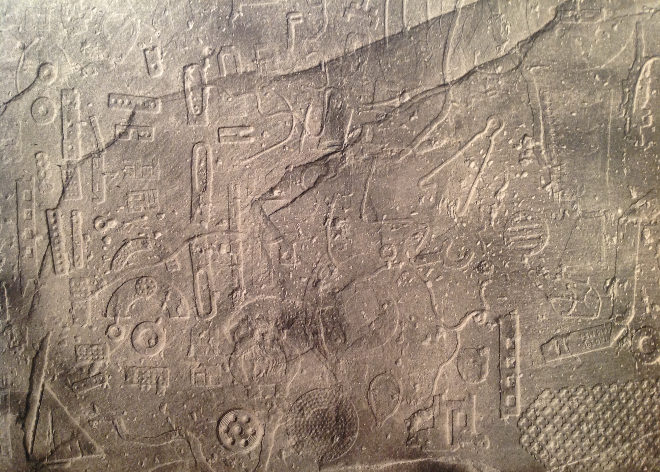 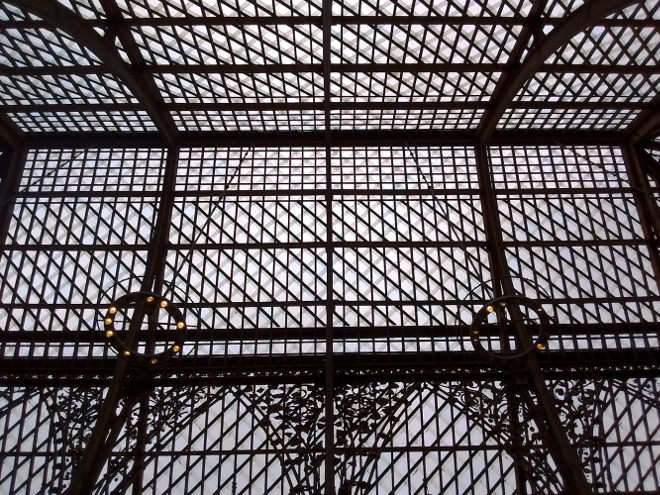 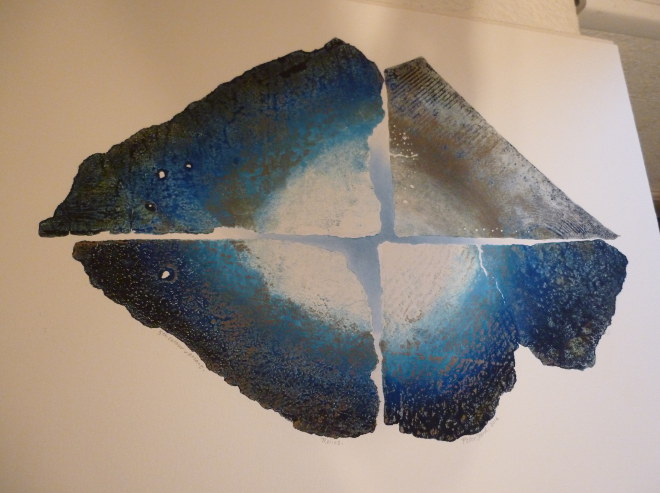 Half way down a quiet residential street in south Bristol, Off-Centre Gallery is an unexpected discovery. Open by appointment and only on certain days of the week, it takes a bit of determination to gain access, but it is well worth the effort.

Climb two steep flights of stairs and you’ll reach a pair of rooms that flood with light on even the gloomiest February or March day, and exude a sense of contentment. It’s the kind of space where you can feel at home within moments. 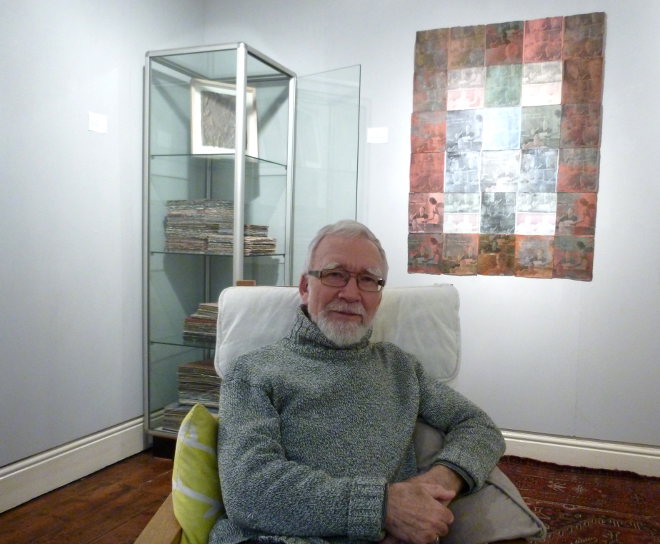 This is no doubt at least in part to do with the artwork layering the walls, stacked in glass cabinets and swinging gently from the ceiling or in front of windows. Sculpted from handmade paper or printed using salvaged or sought out surfaces, they represent almost a lifetime’s worth of explorations by artist Peter Ford. 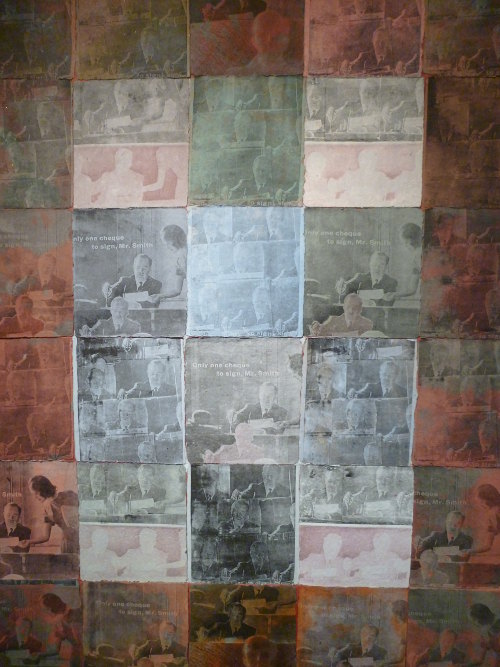 In the room to the left of the stairs, two comfortable chairs invite you to sit and take in the art around you – and all the shades, textures and forms it encompasses. My attention is immediately drawn to an arrangement of repeating images labelled Office Work, which Peter later explains were printed from a metal plate made for commercial printing, to advertise a bank, dating from the 1950s. In Peter’s world, nothing is without potential for creating a new work of art.

The first time I visited Off-Centre was during an art trail several years ago, when I was attracted by a number of prints Peter had carried out using scraps of fabric he’d found by a Chinese river. The idea of printing from so many different sources intrigued me. At first I thought the forms I was seeing were the fabric itself, painted and collaged. 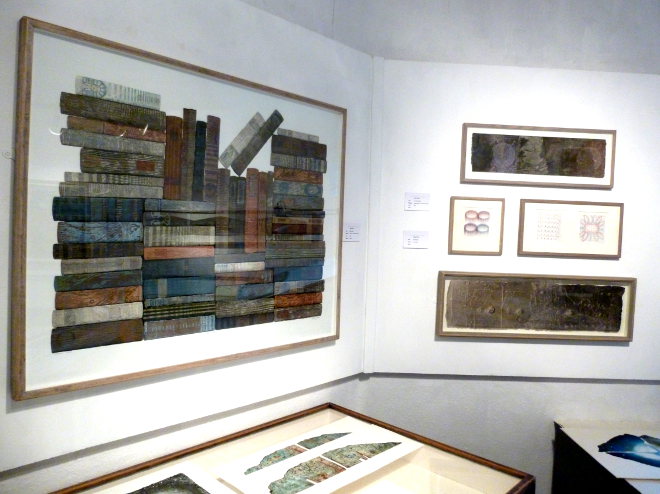 Peter came to his investigative form of printing after realising that the fumes from etching could be hazardous, but had come to etching many years earlier in an equally serendipitous way. Wanting to train as an artist but aware of his father’s disapproval, the young Peter came to “a compromise” and instead qualified as a teacher of Art and English. He continued to create artwork in his own time. “Several people told me my drawings reminded them of etchings, which interested me.”

When the opportunity arose, through his art teaching, to learn etching, Peter was immediately captivated. “At the time I was living in a commune in Ramsgate, Kent, and there was space for an etching press, so I bought one, and began experimenting.”

It was the beginning of a new phase in Peter’s artistic life.

In his mid-30s, Peter retired from teaching so he could devote himself full time to his art. “It was a liberation.”

Bringing together his two early loves, Peter soon devised a form of text art, taking a single word and typing it in shades and shapes that accentuated the meaning. “Using a typewriter I made three books, each based around a single word – Innovative, Strong or Challenging.”

A collection of crosses and zeros become an artwork titled Migration. The fact these symbols have come to mean kisses and hugs in today’s text-speak gives the piece an extra layer of meaning speaking about alienation and loss. 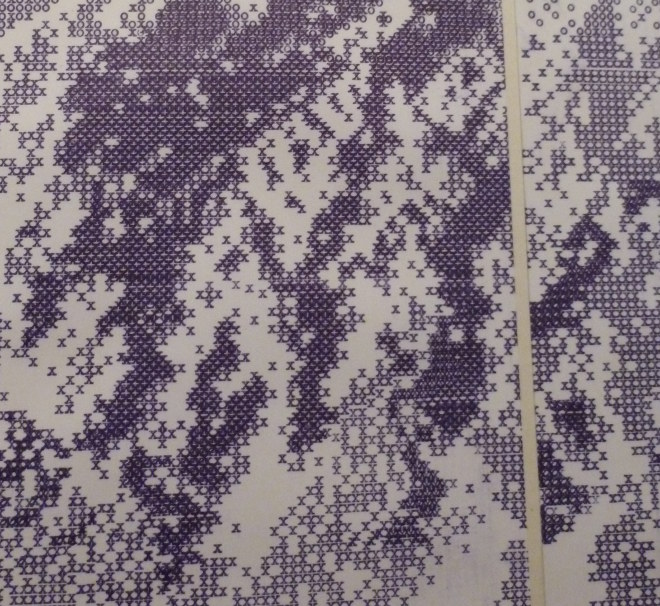 But another obsession was taking hold, and before long Peter has gained an expertise in creating intricate bookplates – decorative typographical labels intended to be pasted into books to denote the owner. For the one below, Peter drew inspiration from his son’s comic collection. 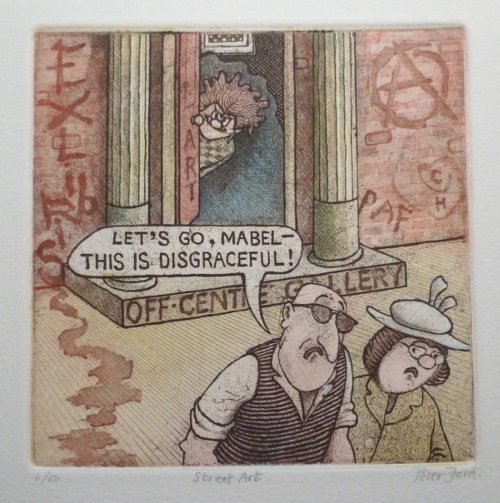 Organisations, including Bristol Museum and Art Gallery, began commissioning him to create bookplates to commemorate periods in their history, or represent their different departments. As his reputation grew, Peter received invitations to exhibit in Beijing and Łódź, Poland, as well as to curate an exhibition at the RWA in Bristol.

The gallery gave Peter an opportunity to bring Polish and Russian print works to the UK, showcasing the work that drew his attention.

In the meantime, he’d realised that working with the chemicals used to etch metals was threatening his health and he developed an alternative way of working using found materials, such as “discarded kitchen equipment, things I see in charity shops or find in the street – bits that have dropped off other things.” With an ability to see the potential in all kinds of objects, Peter then transforms the items and uses them to create bold graphic images. The repeating motifs shown in the artwork below, he tells me, is made from “a flattened out cheese grater – those things that look like insects with four legs, that’s where I cut into the metal to enlarge some of the shapes.” 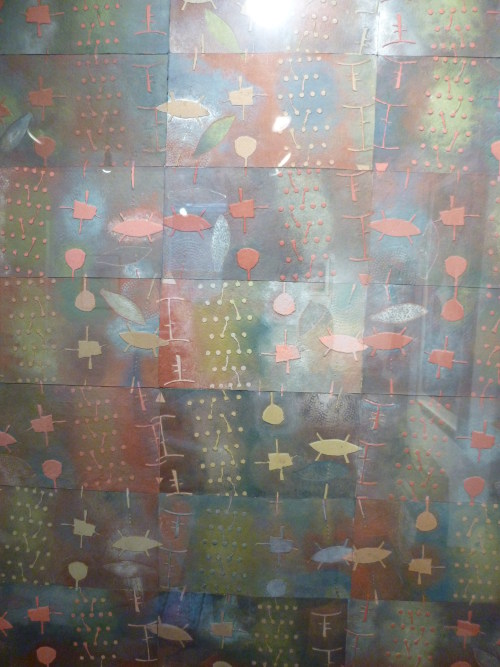 Peter had already begun making paper, developing different means of creating impressions. One of my favourites is this lunar landscape created by falling raindrops rebounding against the surface of pulped paper. 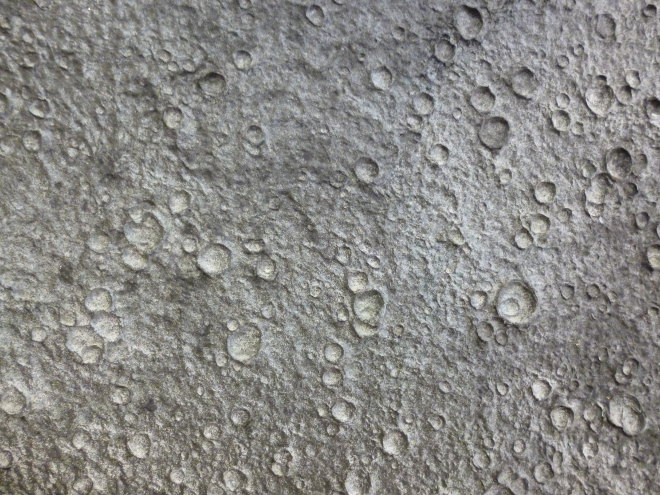 “I get my ideas partly through the materials I use,” Peter says. “When I started making paper in the mid-1990s I mainly stopped making figurative artworks and my creations became far more abstract.”

He admits to a passion for “fiddling about with materials – I like the combination of brain and hand, discovering what I’m doing as I do it.”

Recent projects include Peter’s Pulse series, which began as a single work of text art he created using ink and a pencil eraser he’d carved into. “The word PULSE is printed 4 times before re-inking and then repeating this so that a rhythmic pattern is created across the whole page,” he explains. “This first one was created during my time as artist-in-residence at Ningbo Art Museum, near Shanghai. I decided to do the same process with the Chinese characters for Pulse.” 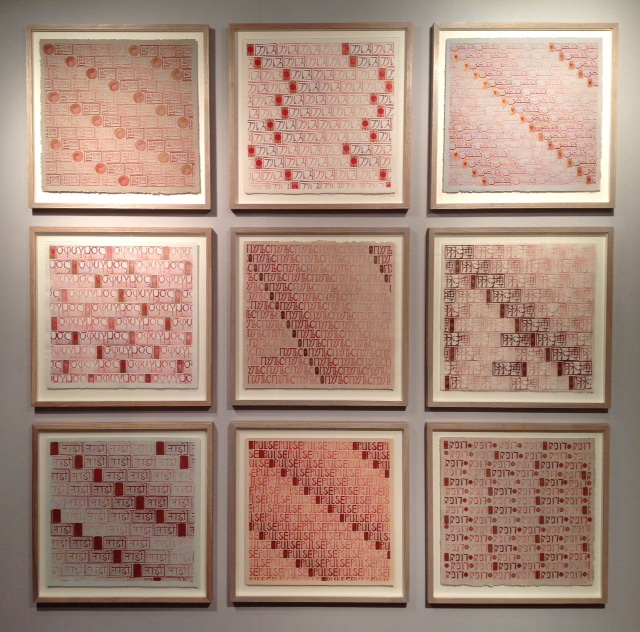 Today Peter has nine of these complementary works – in English, Greek, Japanese, Russian, Korean, Hindi, Arabic, Hebrew and Chinese, each in its own script.

To me, that sums up Peter’s approach, in which the whole world represents a potential work of art – the trick is to identify what to collect, and what to hold onto.

Find Peter Ford at www.peterford.org.uk or make an appointment to visit Off-Centre Gallery, 13 Cotswold Road, Bristol, BS3 4NX by calling 0117 239 6784 or sending an email to peteraford@icloud.com.