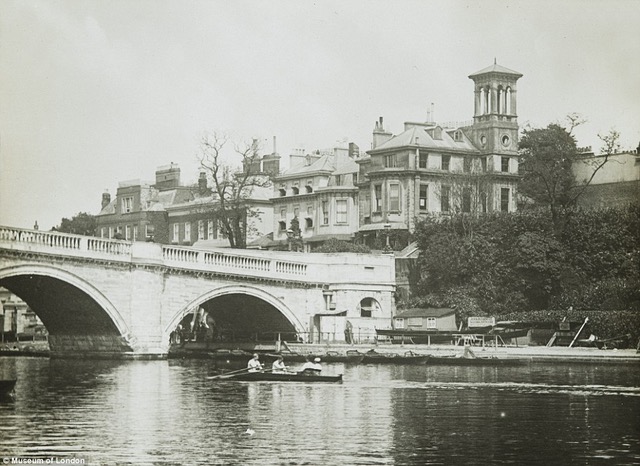 In today’s guest post, biographer Peter Fullagar discusses the value in finding a fresh focus when writing about a well-known figure.

Virginia Woolf is an icon. There can be no doubt about it. She fits into a variety of iconic categories; writer, feminist, mental health sufferer, sexual abuse survivor, LGBTQ supporter – the list is seemingly endless. So how does one attempt to look at Virginia, or rather RE:View her, from a different standpoint when there have been such outstanding biographies and commentaries on her life already? Find a minor point and turn it major

When I was asked by Aurora Metro Books to write a book about Virginia and her life in Richmond, I was thrilled. Having studied much of her work and read her diaries, it was going to be fascinating to delve into her life again. The book accompanies Aurora Metro’s Virginia Woolf Statue campaign to erect the first life-size bronze statue of Virginia in the UK. At the time of writing, there is only a blue plaque to state that Virginia had any connection to Richmond. Even the biographies demonstrate a cursory nod to Richmond and its influence.

In contrast, Virginia is almost synonymous with the Bloomsbury area of London and for being a member of the Bloomsbury Group, a collection of writers, artists and intellectuals. To Woolf fans, it’s no secret that she loved living in the city of London and lived there for most of her life, with fifteen years of it spent at Tavistock Square. However, a quote from the film The Hours had always bothered me:

If it is a choice between Richmond and death, I choose death.

I wondered if this was really the reason why Virginia was not apparently celebrated in the town. During the hours of research in her letters and diaries, I could find no reference to the quote from The Hours, so I contacted the writer of the book it was adapted from, Michael Cunningham and also the screenwriter, Sir David Hare.

Sir David’s agent confirmed that the station scene, from which the quote comes from, was largely invented for the screen and in fact, Virginia had never uttered these words. This, then, was the angle which the book should explore. Richmond was integral to Virginia’s life and yet a lot of people didn’t even know that she had lived there. From 1915 to 1924, Virginia and her husband, Leonard, lived in the town, and it was here, I believe, where she truly found her career taking off and the foundation of the Hogarth Press and her short story Kew Gardens were instrumental to her success.

Looking at somebody’s life from a different angle is nothing without the evidence to support your claims. Luckily for me, Virginia had been kind enough to detail the majority of her life through her diaries and letters, and, although it took a long time and a lot of post-it notes, I gradually found the evidence that she actually did like living in Richmond, contrary to the fictitious quote and popular belief. I think that one of the key things about my research is that Leonard Woolf had written volumes of autobiography, and here I was able to corroborate the evidence from what he had written. It wasn’t going to be enough just to find a few quotes that basically said ‘I like living in Richmond’, I had to fully explore her life in the town, from demonstrating her feelings with what she did (such as helping to run the local Women’s Co-operative Guild), to her family and servants and the people who came to visit her. Thus, thirteen chapters were borne out of the research and a book was made.

Ultimately, there was one vital entry in Virginia’s diary that sealed the conclusion. On 9th January 1924, as Virginia and Leonard were preparing to leave Richmond, she wrote:

So I ought to be grateful to Richmond and Hogarth, and indeed, whether it’s my invincible optimism or not, I am grateful. 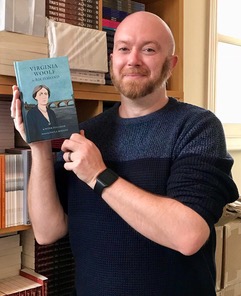 Peter Fullagar is a former English teacher turned writer and editor. As well as Virginia Woolf in Richmond, he has a short story published in Tempest: An Anthology from Patrician Press, published March 2019 and two English language exam books with Express Publishing. He enjoys playing the piano, taking photographs and spending time with cats. He lives in Berkshire with his partner. Find Peter at www.peterjfullagar.co.uk and www.twitter.com/peterjfullagar

Drawing from Virginia Woolf’s diaries, letters and other source material, Virginia Woolf in Richmond offers a glimpse of the author and her deep affection for Richmond, as well as the early days of the Hogarth Press, named after the Woolfs’ home in Richmond, and the many influences on Virginia’s mental health and literary output.

All photos in this post were supplied by Peter Fullagar.