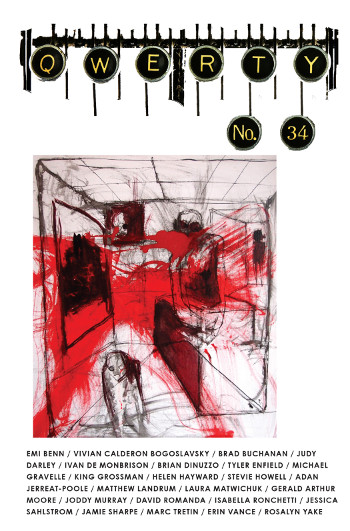 I’ve long been fascinated by mermaids, and the complex mirror images they can reflect back at us of human limitations and fallibilities.

A while ago I wrote a story exploring concepts of mortality and old age, using a relationship between a land-dweller and his merwife as the starting point. Rather than writing it directly from the couples’ POVs, I introduced a young boy as the protagonist, relating him from his inland home to the windswept isle where his granddad and aunt live.

Merrow Cave was one of those rare tales that seemed to almost write itself, as though carried by a tide I had little control over.

So I’m really pleased that my story has found its home in issue 34 of the prestigious Querty Magazine, a beautiful literary journal now in its 21st year of existence. It’s published at University of New Brunswick Department of English in Canada. Being separated as we are by the Atlantic Ocean seems wonderfully synchronised with the story’s themes.