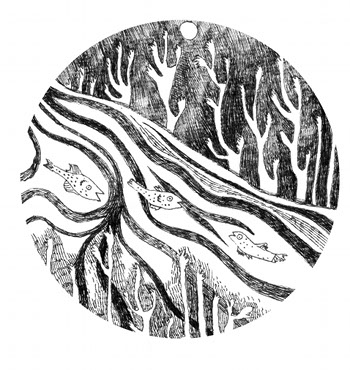 The 19th story in my debut collection Remember Me To The Bees is The River. An earlier version was published by Gemini Magazine – actually it was one of my first published stories, and really encouraged me to keep writing.

The story enmeshes you in the world of a small girl for whom losing a pair of shoes in a river is at least as worrying as the concept of death.

The exquisite artwork at the top of this post is by Louise Boulter. The others are my own.

A short excerpt from The River

Phoebe sat on the bank and unfastened her patent leather shoes. She dipped her feet into the cold flow, giggling as mud oozed between her toes and small hidden things tickled her soles. Her shoes bobbed in the shallows like a pair of tiny dinghies.

Tucking her skirt into her knickers, she slipped off the bank into the river, wading along with gentle waves lapping at her pale, freckled thighs. She heard a splash behind her as Alec joined her in the swirling water. Phoebe led the way, taking care to put each foot down gingerly to test the depth before putting her full weight onto it, just as Alec had shown her.

Alec knew everything there was to know about animals and nature. He pointed out a heron as it unfolded into the air from the bank, transforming from a motionless grey stick into a billowing sheet like a magic trick.

As they followed the river from one field into the next, Phoebe saw something caught in the reeds ahead: a few bright flowers tangling with something more solid. Intrigued, she walked as fast as the water allowed, but as she neared it a small paw was loosened by the current and swung out. She stepped back in surprise and almost fell.

Alec picked up a branch and prodded the small corpse, turning it so that a neat whiskery face was revealed: shining, vacant eyes and a pair of astonishingly long ears. A dark red mass glistened where the fur of the stomach should have been.

“Really?” Phoebe asked, disconcerted. Dying was what Mum said was happening to Granny.

“Dead,” Alec repeated, sounding equally unsettled. He heaved himself out onto the riverbank. “Come on, out. That water’s disgusting. We’ll walk back along the lane. Where are your shoes?”

Phoebe gasped in horror, realising she’d left them floating amidst the weeds. Alec took her hand and they ran back to where they’d entered the river, but the shoes had disappeared, gone forever, as surely as the life of the hare. 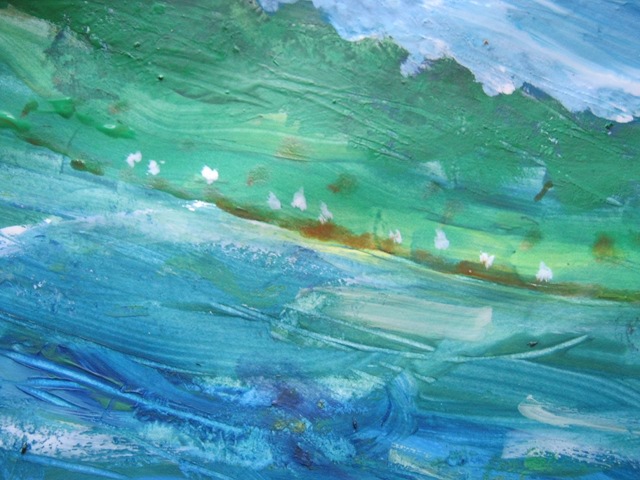