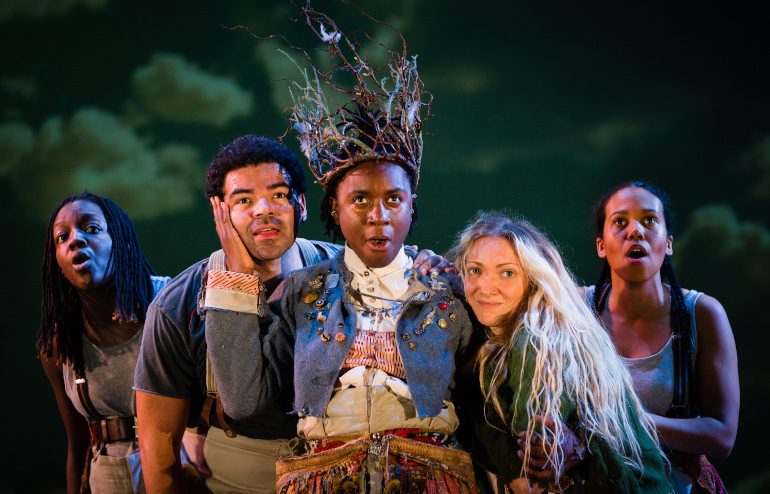 Emma Rice’s adaptation of Wuthering Heights contains all the energy, humour and darkness you’d expect from the love child of Emily Bronte’s novel and Wild Children’s imaginative prowess. As with all the company’s productions to date, the first thing you’ll notice is the spectacle.

Puppetry, cleverly minimal sets, mood-altering lighting, original music and some truly stirring dance choreographed by Etta Murfitt, all serve to drive the story and setting directly into your veins. 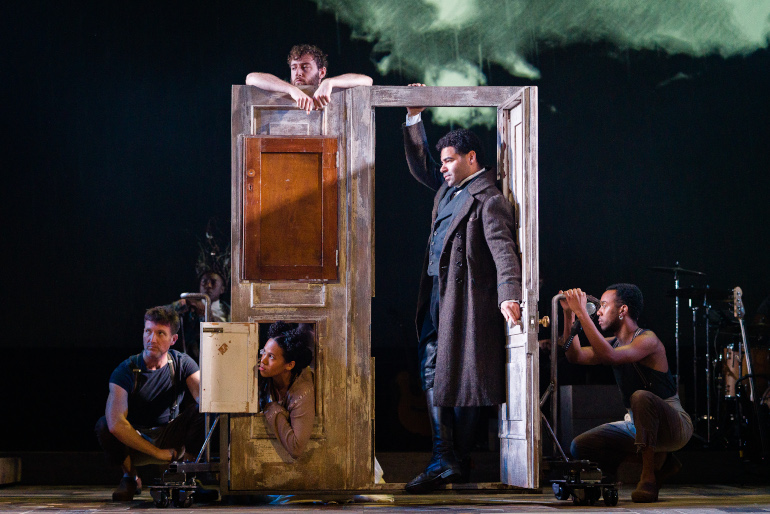 Not to mention the fact that one of the cast members is credited as the Leader of the Moor.

It feels only fitting that the landscape with such a crucial role in the story should have an aspect in human form, with Nandi Bhebhe crowned as the Leader, while often surrounded by other actors contributing to the sense of stormy weather and, perhaps unexpectedly compassion for the characters. In fact, every cast member other than Ash Hunter (Heathcliff) and Lucy McCormick (Catherine) takes their turn, while Heathcliff and Catherine embody the wildness of the moor in their own particular way.

The play opens as the book does with Lockwood (Sam Archer, who is also a wonderfully nuanced Linton) arriving in futile hope of a hospitable welcome at Wuthering Heights, where Heathcliff is master, and his daughter-in-law Cathy (Catherine’s daughter, played with endearing warmth by Witney White) and her cousin Hareton (Tama Phethean) live in fearful servitude. As the storm makes Lockwood an unwelcome and unwilling guest, he soon discovers that the place is haunted by more than chilly draughts and Heathcliff’s tempers. 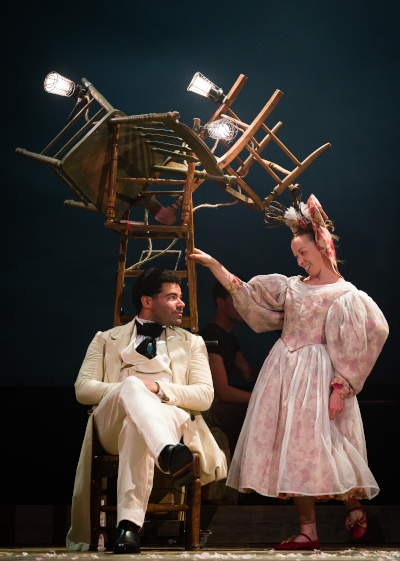 As he flees the ghost of Catherine, Lockwood, and the audience, learns the story of Wuthering Heights from the Moor. Violence, betrayal and death are ever present, but comedy rears up at every opportunity, not least in Katy Owen’s marvellous portrayal both of Isabelle Linton and her son Little Linton. If you recall Katy Owen’s performance as Grandma Chance in the company’s debut production of Angela Carter’s Wise Children, you won’t be surprised by her apparent ability to shapeshift between these roles.

Early on a nod is made to the confusing multitude of names and connections. Each death is trailed by a character carrying a chalkboard showing the deceased’s name, while the evocative digital screen at the rear of the stage shows a flock of birds taking off with each final breath.

There are no ends to the ingenious means employed to tell this story, and the cast, band and creative team’s skills are showcased throughout. Under Emma Rice’s direction, Ash Hunter and Lucy McCormick expose a possessive, obsessive love as disturbing as Heathcliff’s dogged revenge against all who have wronged him. Lucy McCormick’s vocal exertions are sometimes sweet, sometimes eerie and often powerfully emotional, not least her song in the first half as she chooses between comfort and love. The musical performances provide the sense you’ve attended a gig as well as a play. 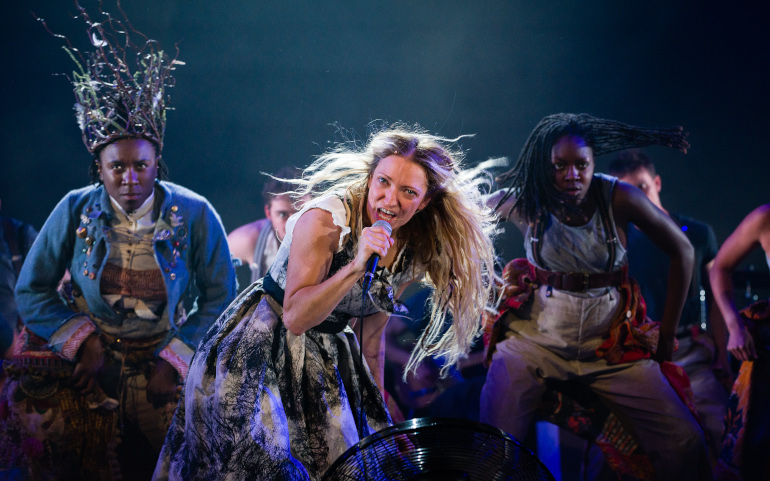 As the Moor sings in the start of act two, this is not a love story – if we want love we should go to Cornwall. Yet despite this, there is hope for happiness at end. With such beauty, verve and vivacity in every scene, you’ll emerge buzzing.

Wuthering Heights is on at Bristol Old Vic until 6th November 2021 and runs at York Theatre from 9th-20th November and the National Theatre from 3rd February-19th March 2022. Live broadcasts will be available to watch from home from 4th-6th November. Find out more and book tickets. Production images by Steve Tanner.

Seen or read anything interesting recently? I’d love to know. I’m always happy to receive reviews of books, art, theatre and film. To submit or suggest a review, please send an email to judydarley (at) iCloud.com.