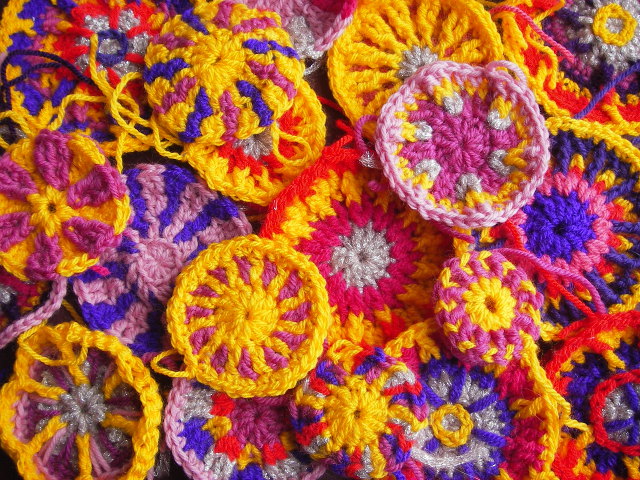 Living in Bristol, one of the great joys is seeing artwork crop up across the city. The most recent to arrive is a flock of 70 Shaun the Sheep sculptures decorated by a wide range of artists, designer and celebs, including Bagpuss creator Peter Firmin, cartoonist Gerald Scarfe, Cath Kidston and Zandra Rhodes.

One that’s caught my eye already (and ended up in a few of the mags I write for) is textile artist Vicky Harrison’s splendid crocheted Woolly Wonderland. “I put in the bid, then found out on 15th September 2014 that I had won the commission to make him,” Vicky explains. “I didn’t make a plan, I just started making him – developing the design as I went along.” 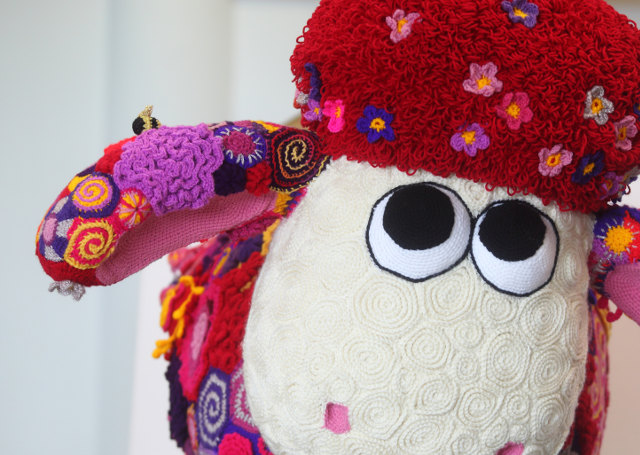 Woolly Wonderland is a masterpiece of colour and yarn, with embroidering layered on top of crochet, and hundred of curlicues to make the tail alone. Brilliant details abound, from the bee balanced on one ear (is this why he looks so worried?), to the jaunty monochrome leggings Shaun sports. What a stylish ram he is! 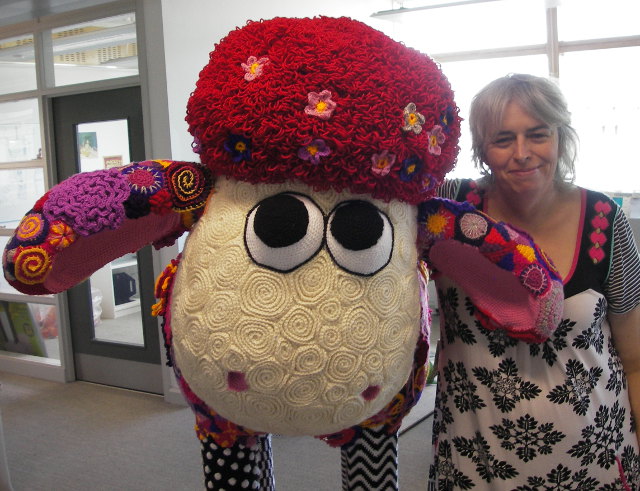 You can see Vicky Harrison’s ‘Woolly Wonderland’ sculpture at St Nicholas Market in Bristol as part of the Shaun in the City trail until 31 August 2015. For more about the sculptures, which will be auctioned off to raise funds for Bristol Children’s Hospital charity The Grand Appeal, go to www.shauninthecity.org.uk. Find out more about what Vicky’s up to at www.thepapervillage.co.uk.