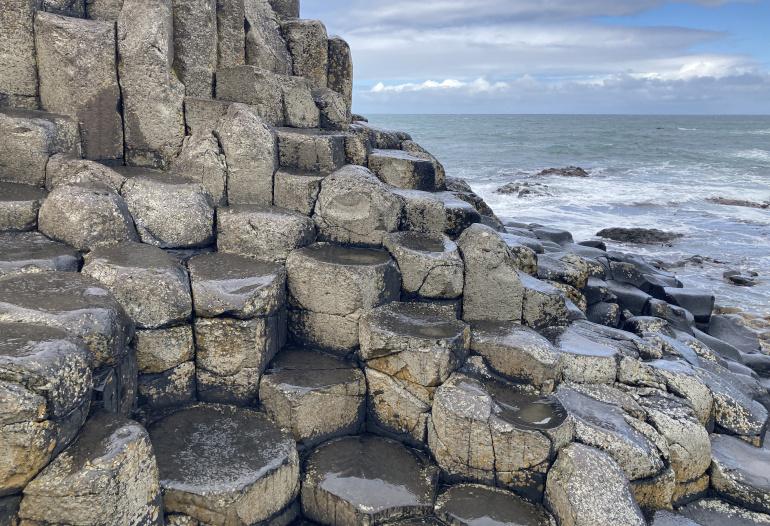 I recently had the pleasure of visiting Northern Ireland and took a trip to the Giant’s Causeway. This beautiful, natural basalt sculpture is steeped in folklore about a giant named Finn MacCool, who wanted to conquer Scotland, so built a route across, only to flee home when he discovered the giants there were far bigger than himself.

When the Scottish giant came to confront Finn MacCool, Finn was taking a nap, luckily for him. His quick-thinking wife covered him with a blanket and told the Scots giant it was Finn’s baby snoozing there. The Scots giant took one look, imagined the man who could sire such a vast baby, and ran home (presumably to Staffa Rock), destroying the causeway as he scarpered.

My home city of Bristol in southwest England has a gorge apparently scooped out by a left-handed giant. I love the thought that our land is riddled with tales of giants.

Can you write a myth of your own to explain an exceptional local feature or landmark? If you need to, invent the landmark too!