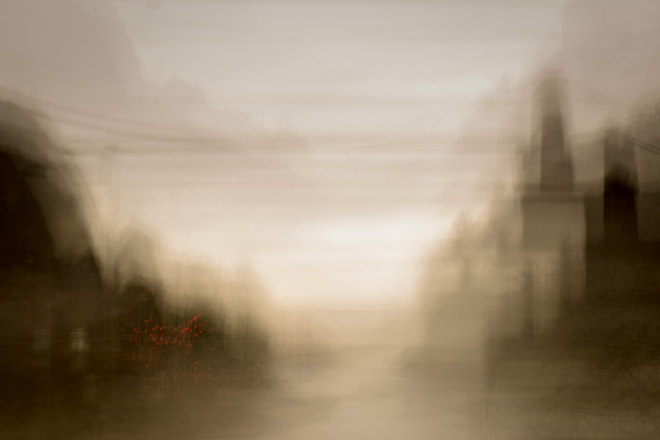 Photographer Bill Ward has a talent for capturing images that have a natural painterly quality. Playing with exposure length, light and shade, as well as framing to enhance the abstract elements of an image, he takes commonplace scenes and makes them magical.

It helps, perhaps, that he has years of experience behind him. “I’ve been taking photos off and on since I was six,” he says. “I started off with an old Kodak Instamatic, which was – happily – pretty much idiot-proof, and I took photos of all sorts of things.”

At that time, his subjects included cars and dogs, “nothing particularly meaningful, but when I look back now at some of the photos (pretty much all of which I’ve kept), there are quite a few landscapes and seascapes in there, which is interesting.  A bit blurry and wonky, but definitely there…”

Bill bought his first proper SLR film camera (a Praktica MTL 5B) before going travelling. “I took it round the world with me.  It was a fully manual film camera, totally solid, and pretty much indestructible.  A complete beast.”

He describes cameras as the perfect travelling companions. “I like how you’re never alone with a camera,” he says. “It always gives you a purpose, a reason to be anywhere.  I used to sit in markets for days, soaking it all up, and just peoplewatch.  I loved it.” 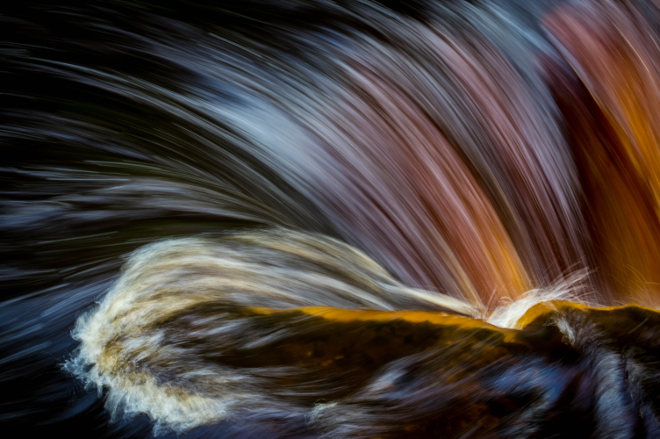 Bill is perhaps best known for his acting work, which includes roles in Coronation Street (where he played builder Charlie Stubbs for 280 episodes and three and a half years), and Emmerdale, where he acted the role of farmer, James Barton. His camera, he says, offers a sense of stability between roles.

“About six years ago I had 3 months waiting on an acting job, to see whether a TV pilot we’d made was going to make it to series – it didn’t in the end, which was a shame,” he says. “I was wondering what I could do usefully with the time, so I set myself my first ever proper photography project, bought myself a Digital SLR off eBay, and set about trying to capture Winter, as seen from the beach.”

For three months, Bill devoted himself to trekking up and down the East Coast of England, “in the snow, the hail, the rain, you name it, with my camera. At the end of the three months I had a much better set of photographs, and I’d enjoyed myself far more, than I’d ever imagined I would.”

Bill’s next acting job following this happened to be at The Royal Exchange Theatre in Manchester, where he noticed photographic and art exhibitions staged in the theatre foyer. “I took a very deep breath, pitched the idea of an exhibition to them, was astonished when they accepted, and things have kind of gone on from there, really.” 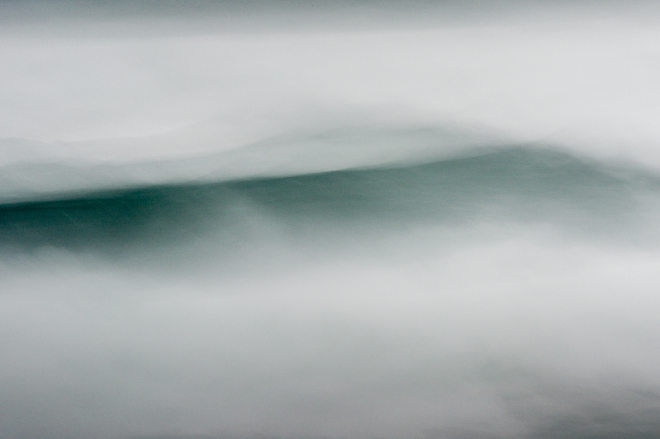 Prior to all of this, Bill spent a decade Bill working in advertising Industry, and I ask him how his time in that sector influences his photographic eye.

“Good question, and not one I’ve considered until now,” he comments. “At a purely practical level, I spent a couple of years as a Strategic Planner at Saatchi and Saatchi, and one of the accounts the agency had at the time was Pentax, so I was able to buy myself a very capable camera at a very decent price. I still use their cameras to this day. But from a creative point of view, one of the many unsung qualities of Advertising is the “singleminded-ness” of many of the best ideas. Much of the skill of advertising is working out what you’re trying to say, in as concise a way as possible – the endless pursuit of the true ‘essence’ of a thing, and then trying to say it as honestly and as freshly as you can.  I’ve definitely taken a bit of that with me into photography.” 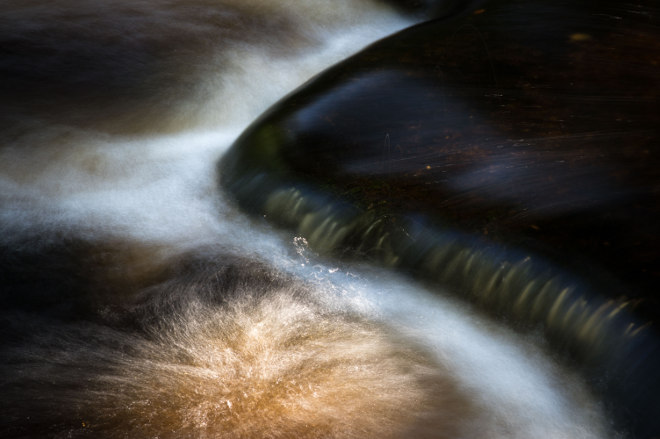 In Search Of by Bill Ward Photography

These days, he says, his acting roles and photography projects “tend to dovetail really well. Acting is defined by a number of extraordinarily busy periods, when you’re either filming a really busy storyline, or putting a play together in a few weeks, and you simply don’t have a minute to spare. It’s totally all consuming.  There’s no time, and importantly no brain space either. But either side of those pretty intense periods, there can be a fair amount of slack.”

He explains: “I’ve just finished a three-year stint up in Leeds on Emmerdale, and one of the joys of that job was using the time I had when I wasn’t filming or learning lines to investigate the spectacular raw material that the Dales has to offer. It was a quite extraordinary time and I still feel very privileged to have had it.” 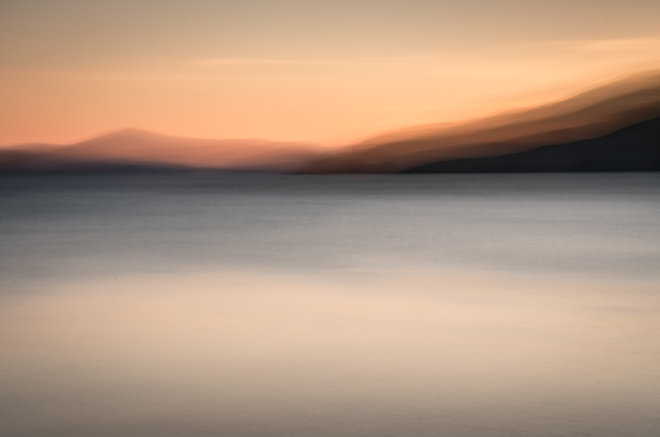 Photography offers a more psychological benefit too. “I do find that photography provides a real emotional release – a chance to spend time with Mother Nature, plug in, and let her do the rest.”

I love the dynamism of Bill’s work – his images are packed with energy.

He adds: “I try very hard not to impose my will too much on what I see around me (although a bit of that is inevitable, and I suppose what differentiates you, in the end), rather I suppose I’m trying to see what the landscape has to offer on this particular day, see how it makes me feel, and try and take a photograph of that meeting point, if you see what I mean.  With greater or lesser degrees of success, but that’s the aim, anyway… It does mean I tend to do a fair amount of experimenting on the edges of the photographic spectrum, eg with Intentional Camera Movement (ICM), Multiple Exposures etc. I’m just trying to find ways to capture as accurately as possible how it all felt.” 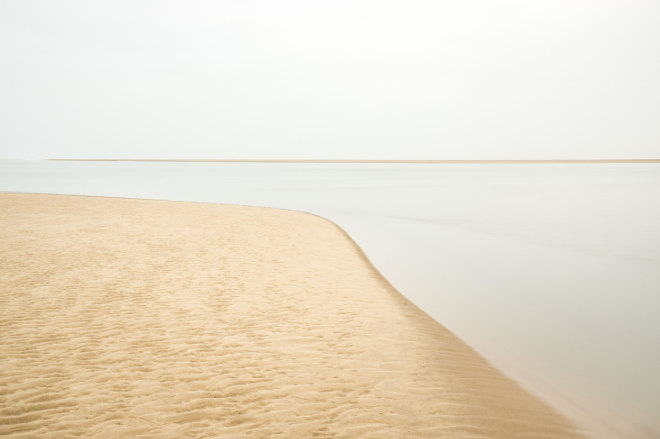 Landscapes and seascapes are his genre of choice for a number of reasons. “I love its purity, its ‘in the moment-ness’, and how you can be completely immersed in a place, or a time, and just give yourself over to it,” he says. “It’s a very good balance to the hurly burly of everyday life, and the perfect antidote to the day-job.”

An interest in history, as well as his love of travel, feed into this.

“I definitely tend to find I take the most rewarding photographs in places to which I have a strong emotional attachment – not always, but usually,” he says. “That can come from a number of different things: my own personal interests (history is a big one for me – I have a degree in it, and a nose for it, I enjoy sniffing it out), but also going back to places I used to go on holiday growing up, or places I’ve always wondered about but never had the chance to get to. I would definitely class myself as much a Travel Photographer as a Landscape Photographer for that reason. I enjoy the being in a place as much as the photographing of it.”

Bill relishes the “unpredictable nature” of living a life based on the creative industries. “That can be a double edged sword, because with unpredictability comes a colossal amount of insecurity, but the plus sides are overwhelming positive,” he says. “The one thing you tend to get a fair amount of is time, and then it’s just up to you as to what you choose to do with it.”

Bill currently has collections in galleries around the UK, including the Contemporary Six Gallery in Manchester, and the Mick Oxley Gallery in Craster, Northumberland, “so you could pop in to see them if you happen to be passing.” He’s also a regular contributor to the Pentax Facebook page as he is now an Ambassador for the brand.

Are you an artist or do you know an artist who would like to be showcased on SkyLightRain.com? Give me a shout at judy(at)socketcreative.com.