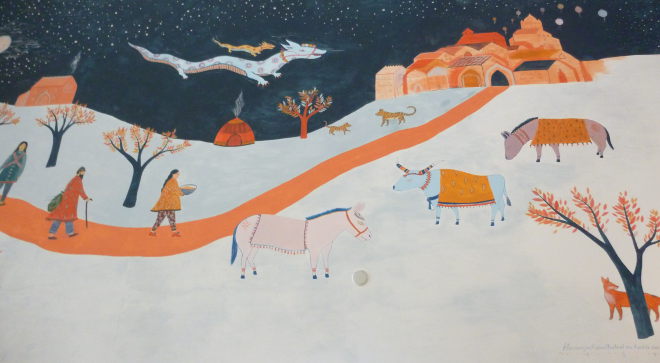 When visiting Cardiff recently, I happened to wander into the Wales Millennium Centre and discovered a mural of such imaginative beauty that it stopped me in my tracks. Emblazoned with tigers, dragons, foxes and more, it conjured up the sense of folk tales, myths and literature from a multitude of cultures. 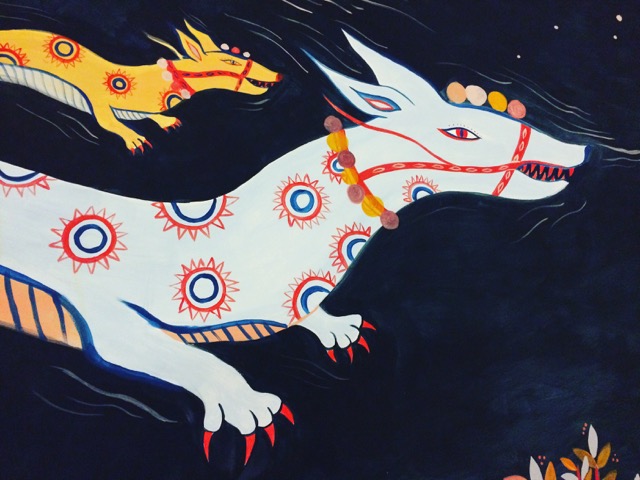 When I got in touch with the artist, Florence Jackson, it became clear that this was no fluke.

“I remember as a child, my dad would read me bedtime stories including a lot of Roald Dahl books,” she says. “I loved the vivid imagery that came to mind and transport me to a different place, inviting me to take part in the adventure…”

Florence’s interest in illustration sprang from the same source. “Quentin Blake always stood out to me – his illustrations worked perfectly in sync with Roald Dahl’s words,” says Florence. “His fluid lines have always looked so effortless. I don’t really think I actively chose to be an artist; it was and always has been my way of communicating thoughts and ideas (and I have a lot of them!).” 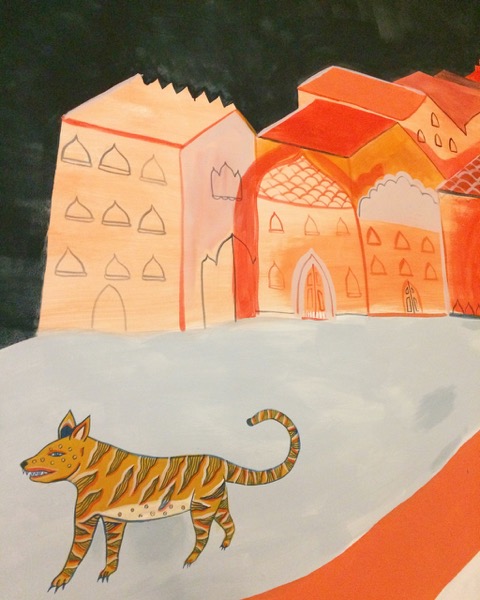 She adds: “In the day to day, I’m always drawn to imagery and design, whether it’s some rice packaging at my local shop or a quirky poster in the underpass on my way to work, there’s always something visual that speaks to me.”

Florence regards illustration as “an all-encompassing art form, which allows you to work through any chosen medium. To me, it’s all about communicating ideas in a way that even people who ‘don’t really get art’ get. I don’t believe art should be exclusive.”

Florence found herself being directed towards illustration after studying Fashion & Textiles at Pembrokeshire College. “I much preferred designing and illustrating the garments than the creating part,” she admits. “Seams and hems were not my forte. When I went on to study illustration in university, I worked in photography, print, ceramics, paint… There were no boundaries. I really enjoyed this freedom of expression.” 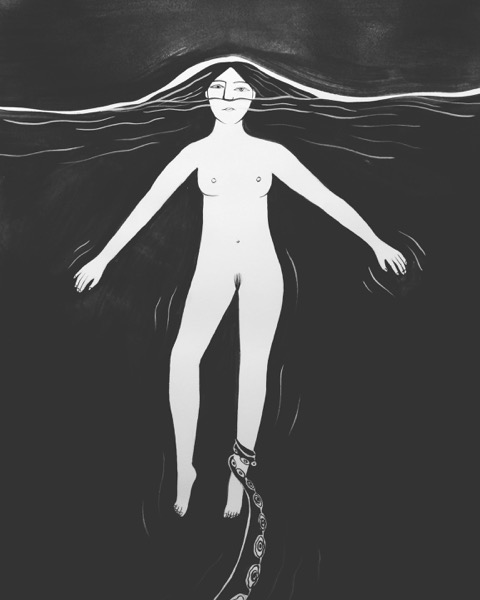 I love the way Florence’s art often resembles scenes in stories, so it was no surprise to discover that her inspiration reaches beyond Quentin Blake and Roald Dahl.

“I was largely influenced by Eastern philosophy, Folk Art and Indian miniature paintings,” she says. “My projects don’t really have a beginning, middle and an end ­ they’re sort of an ongoing series that started when I first started drawing. I see everything as a story though, always wandering to myself where people at the bus stop are going. Do they live alone? Do they have a cat? Are they in love? I feel sort of obligated to make up stories for them.” 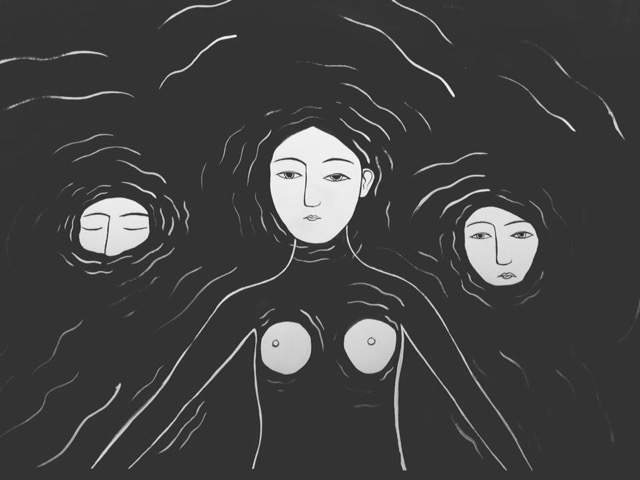 Florence’s commission for the Wales Millennium Centre come about when she was contacted by Lydia Meehan, the Centre’s arts and creative officer.

“Lydia had studied illustration in the year above me and had remembered my work,” says Florence. “Initially she’d spoken about doing something for the Diwali celebration, but instead it opened up into a winter theme.”

The main challenge was the sheer size of the piece, stretching a massive 8x5m sq. “I’m used to working on A3 sheets of paper normally!” Florence exclaims. “To be able to reach the space, I had to get a cherry-picker license, which was a pretty scary ordeal. I don’t even drive a normal car, so turning up to an industrial estate to navigate a seven-ton vehicle round some orange cones whilst elevated 10 meters in the air was pretty terrifying.”

Understanding when the artwork was complete was also difficult. “Knowing whether to add another tree or some more stars… It was difficult to walk away and say it was finally done.”

The mural represents parallels between a wide range of winter-themed stories. “I wanted to look at the similarities within religious winter tales, such as Babushka, Diwali, Hanukah and Christmas,” says Florence. “Most involved a pilgrimage of some sort, often following a light towards warmth and shelter. This is what I wanted to convey – coming out from the cold dark night and into the warm festive spirit with people from all walks of life. I wanted to depict togetherness and safety, which I think is what we’re all looking for, especially when there seems to be so much conflict and uncertainty in the world.”

Florence considers art to simply be her means to live, eat and interpret the world.

“I still have to make money to pursue my artistic endeavors,” she says. “I think it’s just a way of seeing the world that makes things a little more magical, noticing small details that may otherwise be invisible, conjuring up fantasies of great escapes and adventures.  It’s just something I have to do, or need to do… it’s the language I speak best.”

Currently Florence is working on new material and focusing on freelance illustration, with new murals and a possible animation in the pipeline.