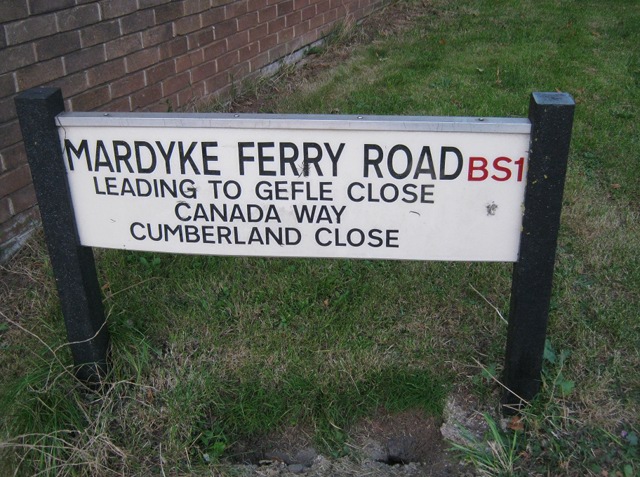 “It’s around here somewhere.” Martha glanced at the map in her hand and pointed at the sign. “Look, Mardyke Ferry Road.”

“Maybe it’s just up around the bend. Watch your step, it’s muddy.  I told you you should’ve worn your boots.”

“Okay. You were right.” Behind her, he tried to discreetly rub his plimsolls in the grass at the side of the path. He’d nearly slipped a dozen times already.  He would never live it down if he went flying.

Martha sped on. She, of course, was wearing her sturdy boots, the ones that had taken her to Annapurna Base Camp and back, as well as The Sugar Loaf, Blorenge, Snowdon and, and, and. John smiled. He loved her more than anyone although he could rarely say so. She was so…..resilient and unremittingly positive. She was Tigger to his Eeyore. He moved on. Why hadn’t he worn his boots? There’d been rain for days. He grimaced. It was in his nature never to do what he was told or even let himself feel he was being told. Perhaps if Martha hadn’t mentioned the boots at all, he would’ve worn them without a second thought. But no, they’d been cleaned and put out ready.

Up ahead, she was reaching the bend.

“I can see it.” she shouted back to him before disappearing out of view.  The Mardyke Ferry Landing was a historic site, long out of use since the floods of 1962 had swept Braveheart out to sea and the long awaited New Bridge had spanned the two islands. Nowadays, people drove across, or even walked the two miles. Hardly anyone bothered with the landing anymore and it had made its way into the Forgotten Sites Walks book by David Hellinger.

John made it to the bend and stopped to catch his breath. Wind whistled, leaves rustled and danced in the air. A horn sounded. He couldn’t see her.

“Martha.” He called. The word wavered away from him. “Martha!”

“Move out of the way, mister.” A group of boys in shorts cascaded past him on scooters. “We’ll miss the last ferry and there’ll be hell to pay.”

John made his way down towards the landing. It didn’t look forgotten. It was packed with people pushing to get on the ferry. The horn sounded again.  He looked in all directions. Where was Martha? Surely, she would’ve have waited for him; wouldn’t have just got on. Anyway, that hadn’t been part of the plan.

Drops of rain started to fall.

He would just wait until she arrived. She would show up eventually.

Soon everyone was aboard. The rain was heavier now. Wind whipped his cheeks.

“Are you coming across, Johnnie?” A man with a cap and a so’wester called as he started to pull up the walkway. “I can’t wait, there’s a storm brewing.”

John shook his head and waved.  How did he know his name?

The man untied the ropes and the ferry motored towards Dunbar, its wake washing up on the shore line.

As the ferry reached the mid-point between the islands, a swirl of wind spiralled into view. John watched horrified as the boat was taken and spun out to sea. Screams echoed in his ears as the waves and wind crushed and crashed the vessel into the lighthouse. Martha? A dull ache started in his chest.

“I’ve been looking all over for you.” Martha was standing in front of him holding two cups of steaming liquid.  Rain glistened on her face. Behind her the landing creaked in the wind. The middle section had fallen away and a Danger  Do Not Enter sign swung across the entrance, on a chain.

“There’s a café just behind that old toilet block there. The waiter, Johnnie, his name is, was so interesting.  He remembers the landing in its prime and the Braveheart. He told me about the day she disappeared. He was only small; said he was watching the last sailing of the day and…”

“…..a wind spun it out to sea where it was lost with all the people?” John finished. The pain in his chest dissipating.

“Yes.”  Martha frowned. “How did you know? It didn’t say anything about it in Forgotten Sites.”

“I just saw it happen, somehow.”

“Are you feeling alright? You look pale.”

“Let’s go back and speak to him. He swears that whenever there’s a storm, he still hears the screams.”

Martha led John around the old toilet block then stopped in her tracks.  “How strange. It was here a minute ago.” She looked at her drink.

John took a sip of his. “Well, this is real and so are you.” He put his arm around her and led her back to the landing. For some time they stared out to sea, each wondering what it meant

“I thought I’d lost you for a minute back there.” John broke the silence.  “I don’t think I could bear that.”

Martha leaned into him and murmured. “I love you too.” 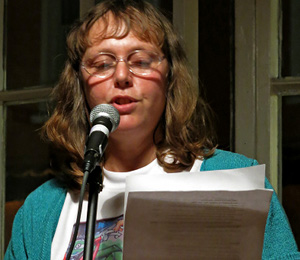 Louise Gethin writes about Love, Death and anything in between.  She is a co-founding member of Bristol Writers Group and has appeared in Hidden Bristol and Ashton Walks – anthologies of short stories written by the group.  She is also an affiliate member of Bristol Women’s Writing Group and, in 2013, appeared in Unchained – an anthology of poems and short stories published by Tangent Books.   She has appeared at Word of Mouth Events (Thunderbolt, Bath Road) and took part in this year’s Poetry Slam at the Arnofilni.