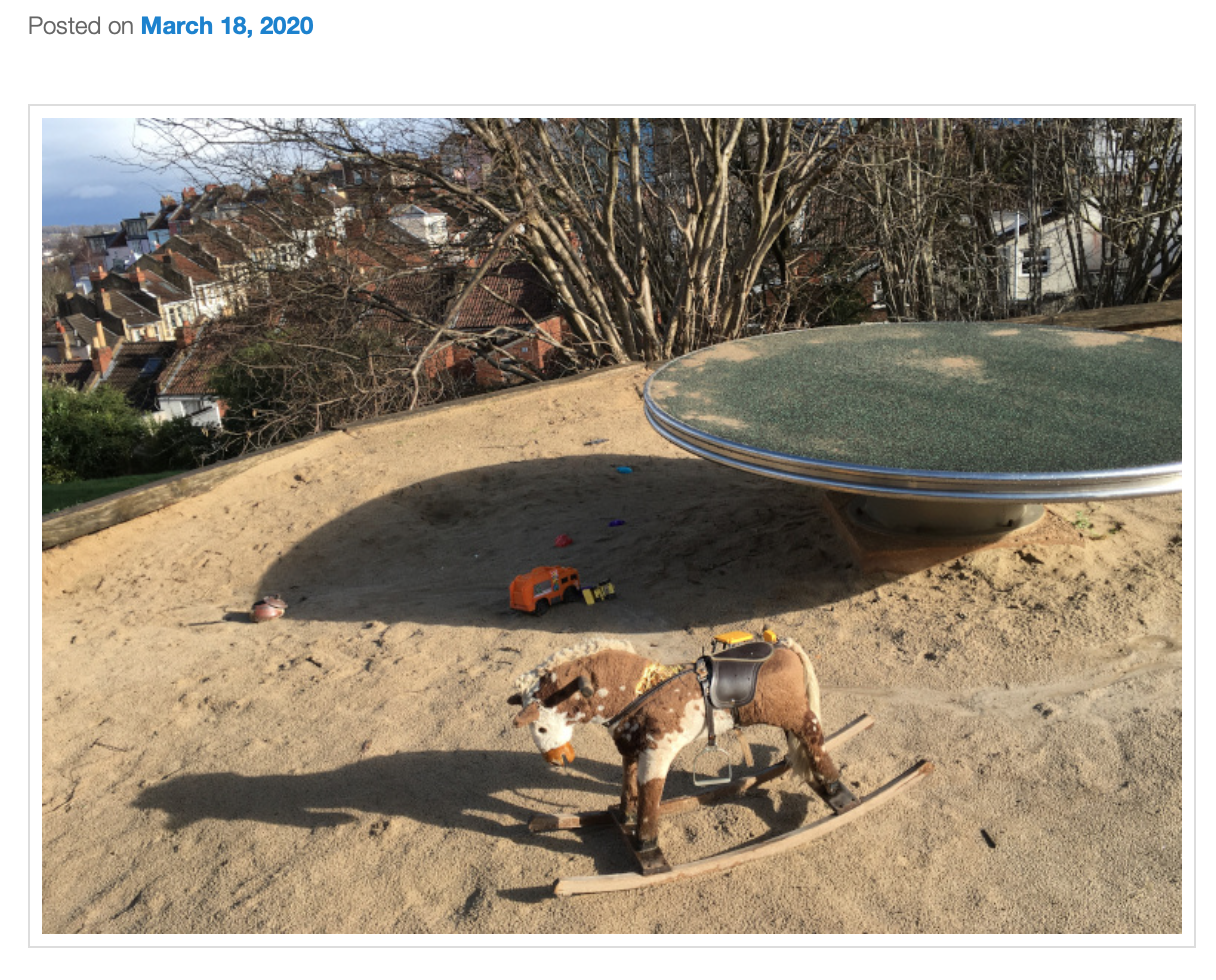 You may have spotted the #WritingPrompt I published a while back, featuring a beautiful old-fashioned rocking horse spied in a nearby playground.

Shortly after taking that photo, I strolled past and noticed that the steed had been moved onto the grass surrounding the play area. Not only had it been knocked over, but it looked a bit odd. 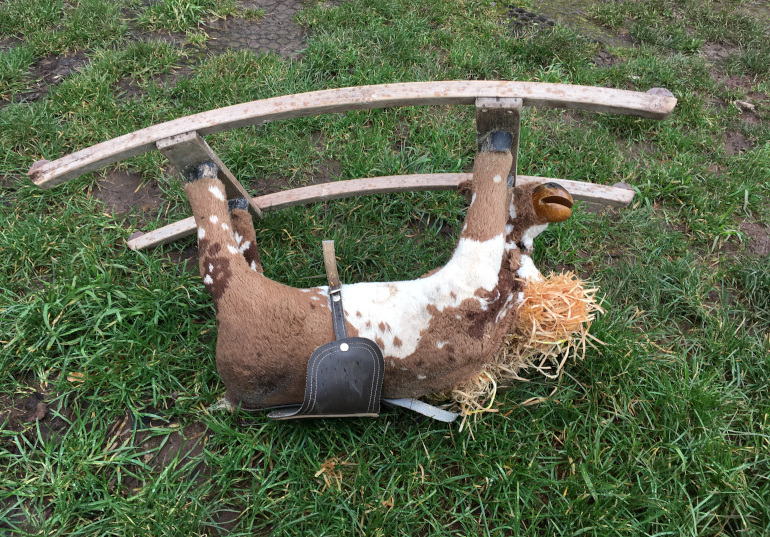 The poor creature’s straw-filled head had been brutally torn from its shoulders.

Who might have committed such a pointless act of violence against an innocent toy? Was it someone with an equine phobia, a terrible childhood memory involving a fall from a rocking horse, or a general desire for destruction spawned by the current stresses of the pandemic? Might they have hallucinated the dinky woollen rocker into a terrifying hell-stallion?