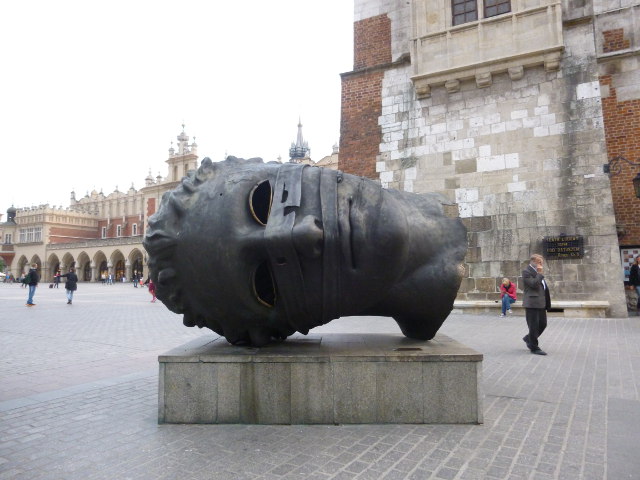 In the centre of Krakow rests a gigantic head. Created by sculptor Igor Mitoraj, it’s titled Eros Bendato (Eros Bound), and was initially hated by local residents when it was first installed. When the artist died in 2014, opinion swiftly changes, and the big head became a favourite local landmark. 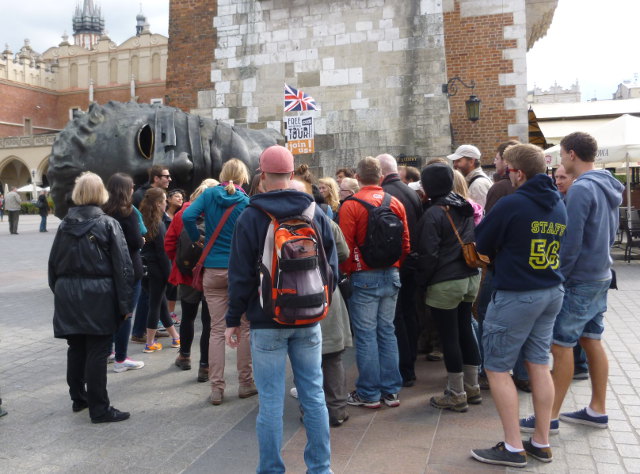 Apparently it’s common for people to gather here before a night out, and by day hordes of tourists arrive to take pictures and hear how the bronze statue became an iconic part of the scenery.

Step inside, and you’ll discover something unexpected – the impression of a cave with rock pools and glimmering light. 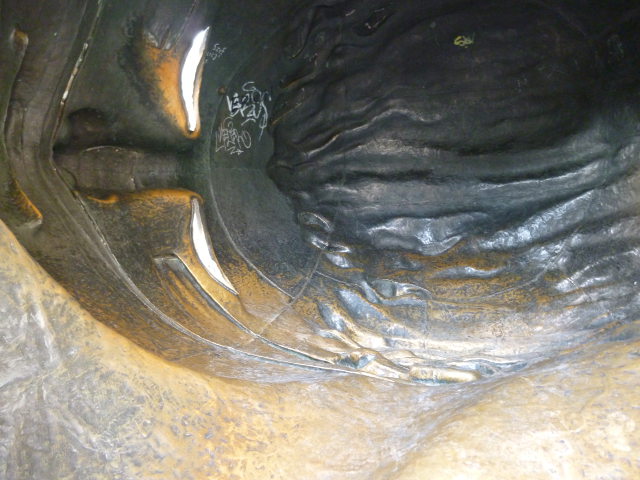 It’s a curious mixture of the unwanted and the beloved, the crowded and the solitary, the human and the heavenly, city-bound and coastal.

For this week’s challenge, write a piece inspired by this sculpture and its contrasting facets.