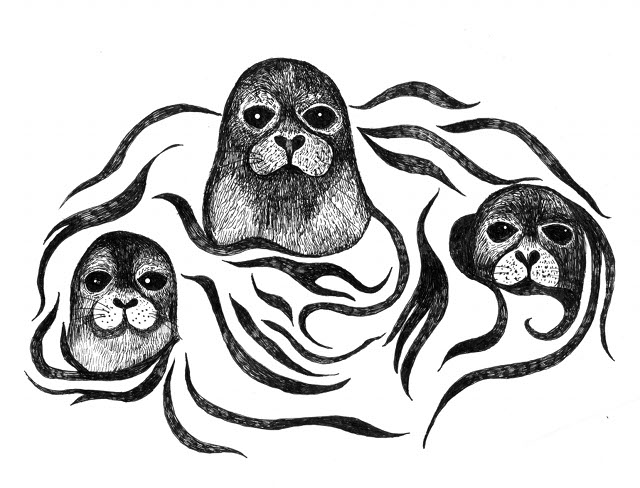 The third story in my short story collection Remember Me To The Bees is Singing For Seals. I wrote it to explore how a child might react to a traumatic experience. After a few re-writes the point of view shifted from the daughter to the father, Damien, who is trying to fix his family after a miscarriage has torn it apart.

By focusing on the father’s promise to his daughter and his determination to win back her trust, this becomes a far more hopeful and less bleak story than it might have been.

A short excerpt from Singing for Seals

It roared before us, the colour of slate with streaks of violent green, waves like huge animals leaping to smash themselves against the glassy black rocks. The air rang with pellets of water and the storm whipped around us, pulling at Carrie’s skirt and dragging Aylene’s tired curls free from her tur- quoise headscarf.
“Where are the seals?” Carrie asked, “I can’t see them.”

“Maybe they’re sheltering in a cave.” I wished I hadn’t made yet another stupid promise.

“But you said! You told me I would see them!” Carrie scowled. The disappointment was as vivid on her face as it had been after the night of bloodied sheets, when I’d sat her down and explained that the baby was no longer coming. She’d wanted to know what had gone wrong, why she wasn’t going to be a big sister after all. There was nothing I could say to that; I just hugged her and promised that everything would be better soon.

But I’d lied. Months passed and Aylene was still the frozen stranger she’d become when the baby died inside her.

“You said the seals would be here!”

“We have to sing to them,” I said desperately. “They’ll like that, they’ll swim to shore to listen. Let’s sing ‘All Things Bright And Beautiful’ good and loud. I know you learnt it at school.”

We shouted the words into the churning air, and after a few moments even Aylene joined in with the chorus.

Then I heard it: a frail, screeching cry that cut through the storm like a distress signal.
“Hush a moment. What’s that sound?”

Aylene’s hands closed tightly over Carrie’s shoulders, and I looked at her pinched face, eyes half-closed against the rain as she listened.

“Is it seals?” Carrie asked, excitement bringing her to the tips of her welly boots.

“I’m not sure.” I glanced down the rocks to a dark hole; a cave. “It came from over there. Stay here with your mum, I’m going to see.” 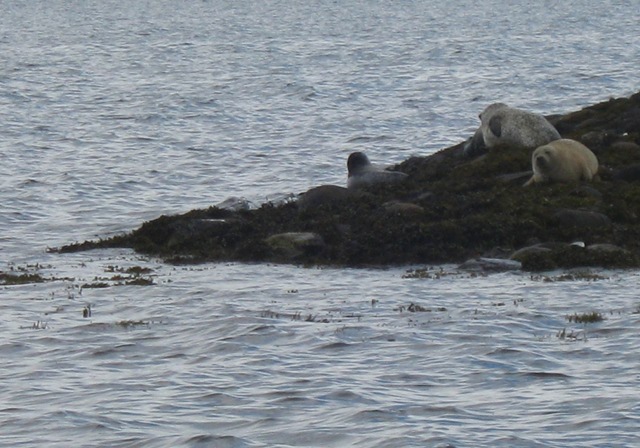