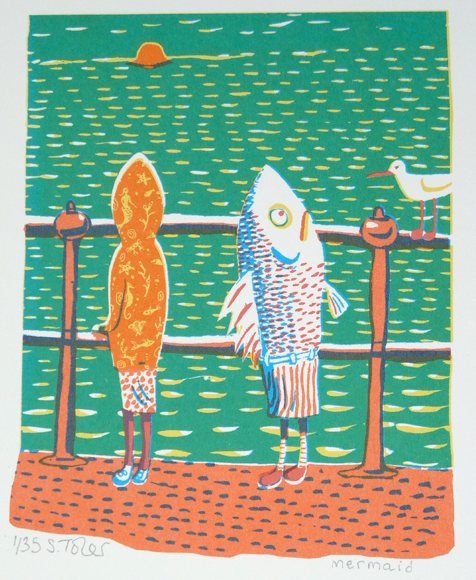 The first time I laid eyes on the screen prints of Simon Tozer, I couldn’t help but laugh aloud. There’s a quiet joy in his artwork that I find irresistible, as his characters appear to ramble through lives far more colourful than our own.

“I was encouraged to draw by my parents early on,” he remembers. “I think art became an important thing for me as a teenager. At the time I wanted to design album covers and the covers for science fiction novels. When I started an Arts Foundation course, I felt more comfortable with the confused artists rather than the technically skilled and apparently very organised graphic designers.” 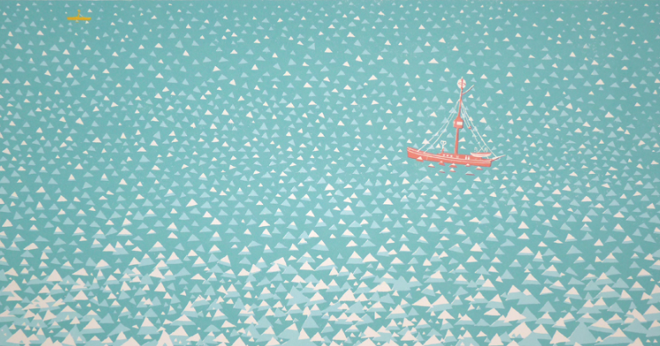 Simon focused on painting while studying for a Bachelor of Arts. “After college l moved to Oxford and spent a very unhappy and lonely year working as a gardener and trying to be a painter,” he says.

He soon gave up and got “a normal job”, but the desire to make art remained within him and years later he signed up for evening classes at the Oxford Printmakers Co-operative. “Partly I liked it because of the friendly other printmakers, but I also realised that I liked drawing more than painting, and print is all about drawing,” he says. “Also, I liked the constraints of print. Painting always felt like an amorphous activity where you can keep changing what you are painting constantly, and there is never a clear point where the picture is finished.” 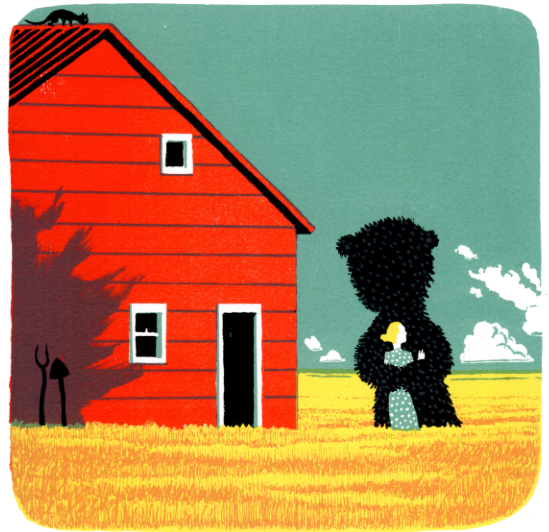 I love the way Simon’s prints resemble scenes in stories, or, stills in quirkily appealing animations. However, he says, his main inspirations are works of art.

“There is a quality of artlessness in some artists’ work which l find inspiring, and energy – energy seems very inspiring,” he comments. “Sometimes it’s subtle like Morandi’s paintings, and sometimes not like Lucien Freud’s. There is a contemporary artist and illustrator called Johnny Hannah who is very inspiring for this quality.”

Quotes can be inspiring as well. “On my studio wall l have a quote from Grayson Perry which goes something like ‘Ideas are like furry creatures, you’ve got to be nice to the first one that comes along, or the others may not come out of the undergrowth.’”

Simon mentions on his website that he tries “to illustrate human dreams, fears and frailties.” I ask him how his subjects, such as vehicles and bears, help him to achieves this.

“There is a lot of visual metaphor in my pictures, and also a lot of anthropomorphism, so animals and cars are usually really people in another guise,” he says, “For instance in the car pictures, each car is an emotion or an anxiety, and the idea is that they are all in one persons head, in an emotional demolition derby, bashing into each other and causing chaos.”

He adds: “With image of animals there is an extra element, which is that animals don’t speak, and usually pictures don’t speak either, but both have their ways of communicating.” 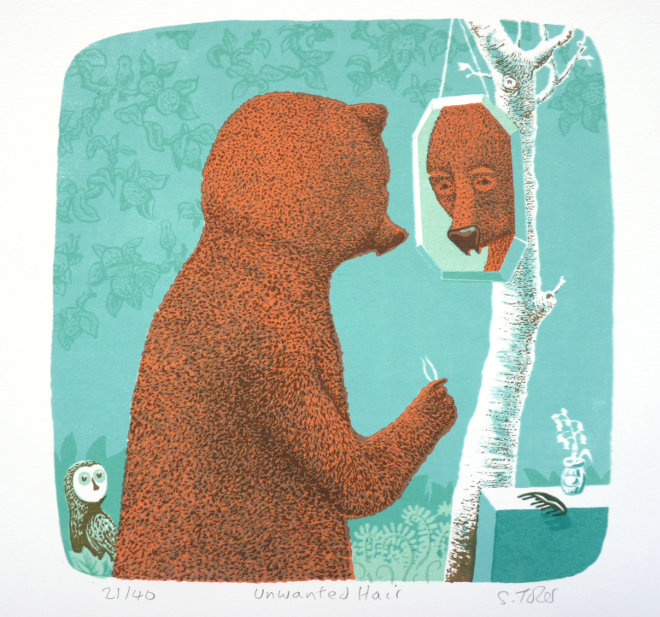 Perhaps that’s why many of his works seem to me to reveal a kind of wry, faintly melancholy humour, which is often most visible in the eyes of viewers drawn into the scene. For example, the small owl watching a sorrowful bear contemplate his furry face in Unwanted Hair, or the child staring, apparently aghast, from beneath his umbrella as a woman strides by in her cozzie, in Swimming Club. 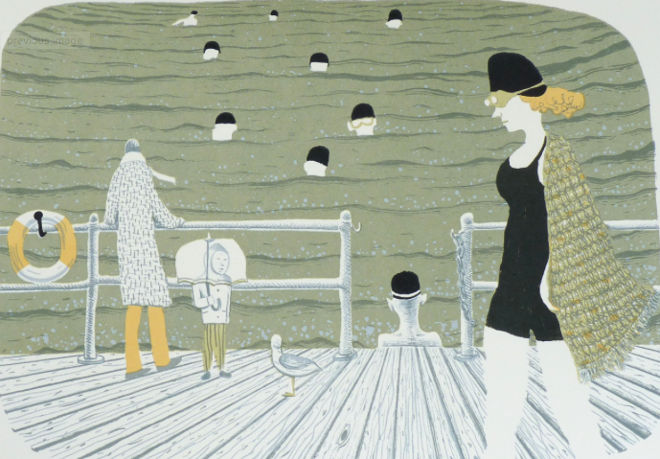 There’s something about Simon’s prints that opens up conversations – they make you want to smile and share your discovery with other people, not to mention discuss what the rest of the story might be. For Simon, however, the delight is far more visceral.

“I am grateful be able to have the creative freedom to explore my imagination,” he says, “and make something tangible from it, and to be able to work with my hands.”

You can see more of Simon’s work at simontozer.co.uk. His print Mermaid, which originally caught my attention, is on show as part of the 164th RWA Annual Open Exhibition, which is on until 27th November 2016.