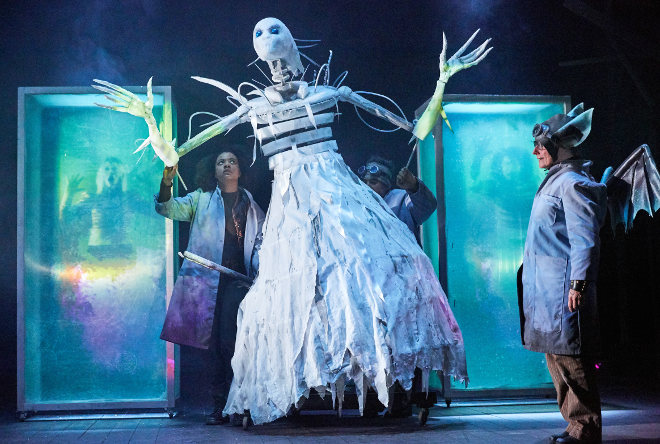 Bristol Old Vic has been undergoing a lot of changes in its 250th anniversary year. A mammoth building and restoration project has put its smaller studio theatre out of action and rendered backstage front of house. And yet, none of this matters – they’ve found ways to keep the smaller productions going by forging relationships with venues throughout the city, and the creativity is as vivid and original as ever. 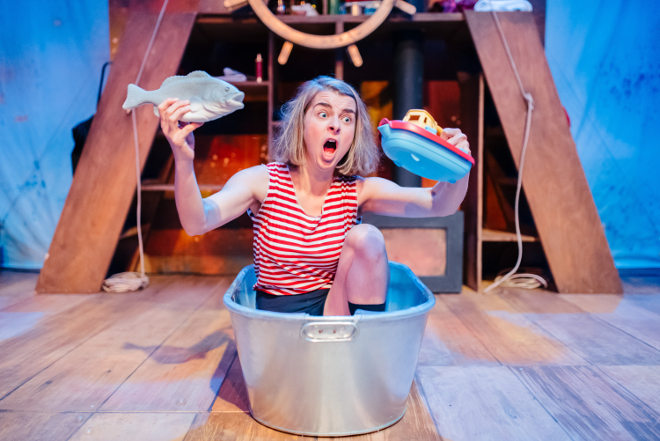 Take their festive rendition for under-sevens. Little Tim and The Brave Sea Captain is a joyfully rambunctious performance staged at The Lantern at Colston Hall. Based on the book by Edward Ardizzone, it’s a Bristol Old Vic and homegrown talent The Wardrobe Ensemble co-production, this is a mariner’s tale of huge imagination, beginning with a small boy in a bathtub playing with his toy ship and fish.

Tim, played with brilliant conviction by Jesse Meadows, is obsessed with the sea and soon finds a way to pursue his nautical dreams. Emily Greenslade, Kerry Lovell and Ben Vardy play an assortment of characters including rowdy sailors, a stern but fearless sea captain, and a multitude of magical sea creatures, all engaging their young audience to marvel at the scenes before them, and get involved as much as possible. 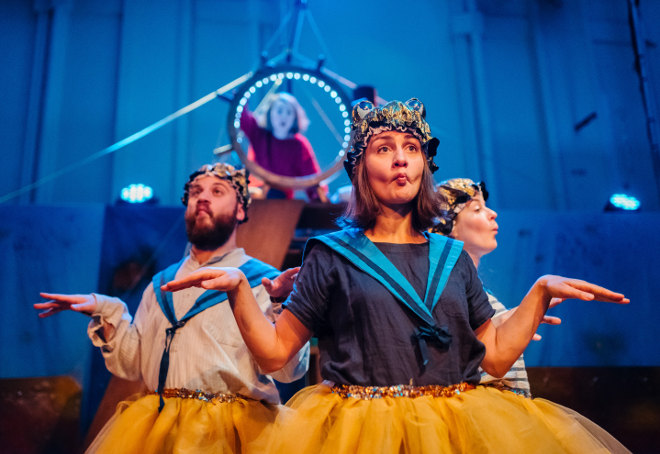 By the end of the hour-long show, we all had our sea legs and were qualified sailors. What more could you want at Christmas time?

The second show of the season, for ages seven and up, is The Snow Queen, inspired by Hans Christian Anderson’s fairytale and directed by Lee Lyford. 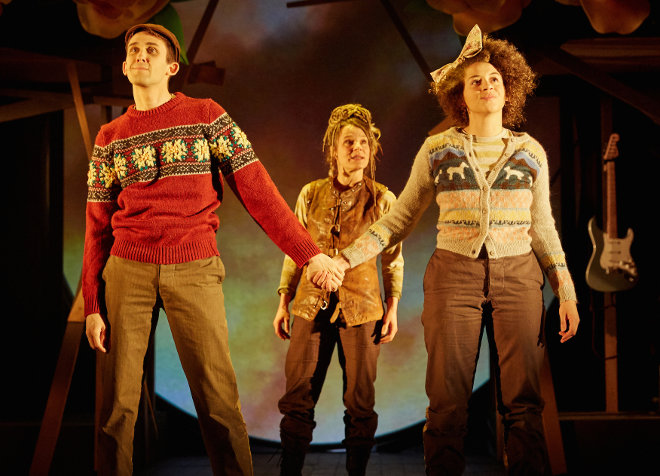 Steven Roberts as Kai and Emily Burnett as Gerda) with Zara Ramm. Photo by Mark Douet

This enchanting story focuses on two friends, Kai (Steven Roberts) and Gerda (Emily Burnett). When the Snow Queen (voiced by Gwyneth Herbert) charges her goblin army with stealing naughty children so she can feast on their bad moods, Kai and Gerda are soon the only kids left in their village. Then Kai is taken, and it’s up to Gerda to save her friend, and in the process, the whole world from an eternal winter.

Along the way she meets an extraordinary array of characters, from the flamboyant Flower Witch (Miltos Yerolemou on spectacular form) to Olive Owl (Joanna Holden) and Marty Magpie (Zara Ramm). There are moments of darkness and fear – the Snow Queen puppet is a giant skeletal being, and when she leant over the stage to sniff the audience to check for children, I was glad to not to be sitting in the front row! These are tempered by lashings of colour, laughter and magic – a cast of talking flowers and a reindeer who does an fabulous Morrissey impression are just a few of the treats on offer. 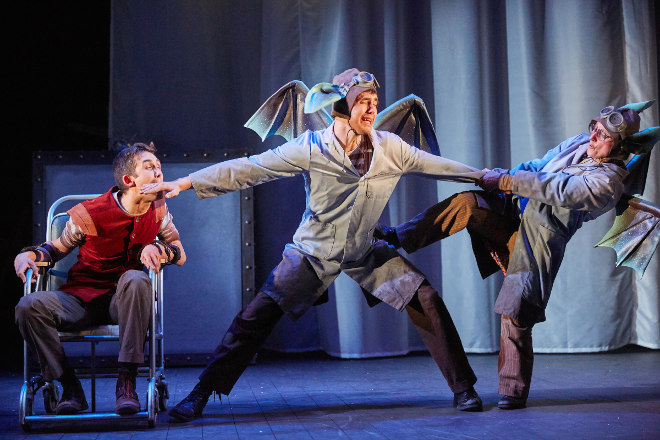 In a cast of only ten, including musicians, there was plenty of doubling up, so that most played three or four characters and the final curtain call felt shockingly small. The breadth of talent was wonderful, backed up by a wonderfully nuanced script by Vivienne Franzman that ensured every individual had their own preoccupations wavering in the background, adding layers of interest and believability. 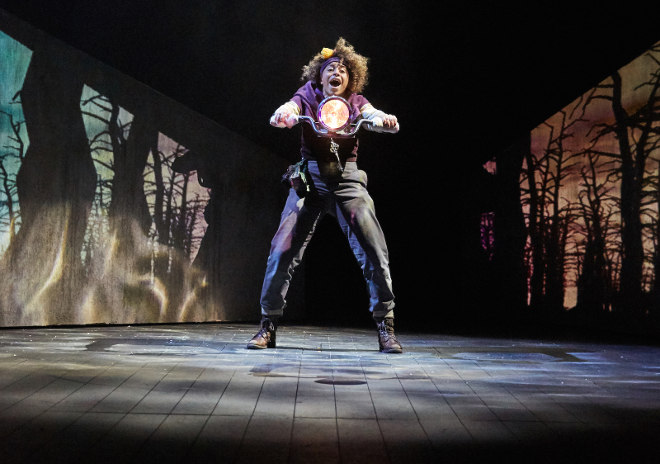 The moral at the heart of the tale, about accepting and loving others as they are, was presented lightly enough to be absorbed with ease, without ever detracting from the delight of the performance. Lighting and projection by Richard Howell and Will Duke transformed the set while presenting the illusion of scale, especially humorously in flight scenes when the cast often ran on the spot while projections on the scenery moved around them.

As in any grand theatrical production, the team behind the scenes far outnumbers those on stage, ensuring every moment was full of life, atmosphere and emotion. A hugely enjoyable show with a fantastically strong heart.

The Snow Queen is at Bristol Old Vic Theatre until 15th January 2017.  Little Tim and The Brave Sea Captain is on until 8th January 2017.  Find out more at www.bristololdvic.org.uk.