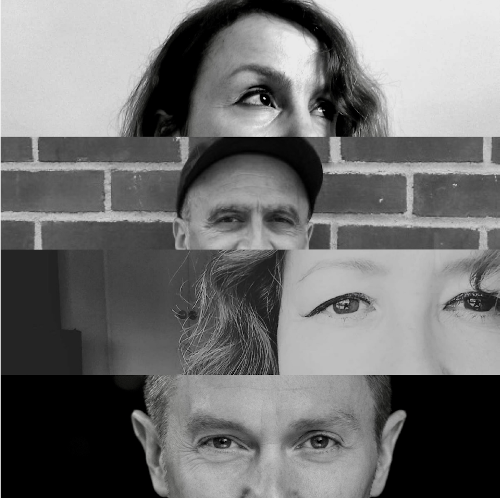 Jo Butler is a founding member of brand-new theatre venture MISPLACED, and directed their recent sell-out production of Decadence at the Alma Tavern Theatre. I stole a few moments of her time to find out more. 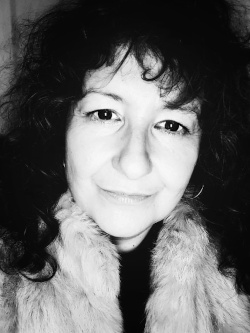 What are your theatrical experiences?

Many and varied. I studied Theatre at University and have worked as an actress, director and theatre company tour manager. I also taught Drama in London secondary schools for six years. My first experiences of theatre were watching my dad play King Rat in pantomime and making my own shows featuring poetry, storytelling, singing and funny little dances when I was 5 or 6. My large, immediate family were my first audience. But my most critical formative theatre experience was performing the Lady Macbeth ‘screw your courage to the sticking place’ speech in front of my English class when I was fourteen. I was the only member of the class who had learnt it by heart. I felt something shift inside me as I performed. From that moment, theatre had its hooks in me.

What other creative ventures do you practice?

Again, many and varied. I write poetry, short stories and songs. I have also been known to paint and draw. Now we’ve started Misplaced, I’m sure a play will emerge at some point.

I know you established MISPLACED with Norberto Bogard, Ciaran Corsar and Amy Tanner. What made you personally want to do this?

Ciaran got me very drunk and convinced me to get involved. No. That’s a joke. I had became extremely bored and disillusioned with how theatre and performance was going – even before COVID. I’d done and seen A LOT. Then I met Ciaran, Amy and Norberto at the Bristol Old Vic Theatre School doing a Shakespeare intensive. The week after the intensive, we had a theatre company, a production and a mission statement. I think I wanted to do it because of the brilliant actors involved, and because Norberto threw a large pile of used banknotes on the table for us to do it. The Mexican way!

What made you choose Decadence as your first production?

It was a very quick decision. Amy suggested doing ‘Kvetch’ – also by Steven Berkoff. I’d had previous experience directing Berkoff and of the Berkoff style of performance and loved it. Norberto was returning to New York – where he lives – for a few months so we needed to find a play that Amy, Ciaran and I could do. Then Ciaran suggested ‘Decadence’ and it seemed a perfect fit.

What do you relish about the directorial process?

Firstly, the almost overwhelming sense of directorial vision that arrives and kind of takes you over when you are offered a great play like ‘Decadence’ to direct. All those ideas, and tiny detailed moments your subconscious has been storing away come to the fore, ready to be woven in to the show. It’s incredibly satisfying to watch those things see the light of day. And secondly, working with great actors. It was sheer luxury to be in the rehearsal room with Amy and Ciaran and throw stuff at them and see them work with it and transform it into a thing of beauty and terror for the audience.

What were the key challenges of developing the show?

Finding a white leather sofa and reassuring the actors that they would come off stage alive after saying all those awful Berkoff words in front of an audience. Ciaran and Amy are lovely, and the Berkoff characters in ‘Decadence’ truly are as far from lovely as you can get.

Any moments of the process that really thrilled you?

Finding the white sofa… Finding Esther Warren, our fabulous sound and lighting designer. Plus those moments in rehearsal where the actors begin to tune in to your vision and bring their own, brilliant ideas to the show. I love co-creating with actors. I can be a dictator and make firm directorial decisions if required, but I much prefer it to be a shared experience.

What made you proudest about the March 2022 run at the Alma Tavern Theatre?

The response from our sell-out audiences immediately after the curtain came down. They really got what we were trying to do with the play. They loved it to death. It was great to see them staying around in the Alma bar discussing it and enthusing long after curtain down. That means we’ve done our job.

What comes next for Misplaced?

A short rest. then the next show – tbc. And we’re talking about taking ‘Decadence’ to London and, possibly, New York. Lots of things. 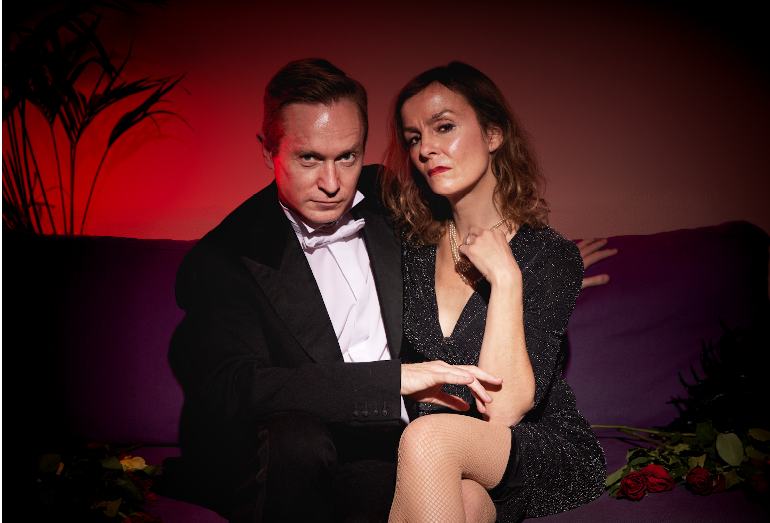 Alison Winter is a writer and creator for Big Finish Productions and has written stage plays, screen plays, audio plays, and short stories.

Steven Berkoff’s Decadence is not a story. It’s a grotesque character study and damning portrait of Thatcherite inequality and indulgent 1980s high society, delivered in coarse couplets and darkly savage mime. What is revealed belongs to our time just as much as when it was written, to the extent that you may be struck by chilling parallels by the end of the performance.

We step into the world of two couples and their sordid sexual relations. Each couple dominates the stage like warped weather clock characters and invite you to despise, grimace and recoil as they play out their inner monologues direct to the audience, revealing a catalogue of traumas, pleasures and desires which they happily inhabit one moment, only to dismiss as folly the next.

Amy Tanner and Ciaran Corsar seriously impress in their respective roles as Helen/Sybil and Steve/Les. These characters are racked with an animality they attribute to those they consider lesser than themselves, but are perhaps unconscious of being at the mercy of their worst and most base instincts. Corsar finds depth and quiet within the brash and the unforgiving, and Tanner shifts effortlessly between sensual and base, heartless and affectionate. These are ugly characters played beautifully, with comic flourishes and real physical skill.

Directed with pace and precision by Jo Butler, and complemented by Esther Warren’s artful sound and lighting design, Decadence is impeccably staged.

All in all a blazing beginning for Misplaced. Formed to provide a platform for old pros finding their way back to the boards after time away, it’s no doubt a welcome arrival for Bristol based actors and audiences alike.