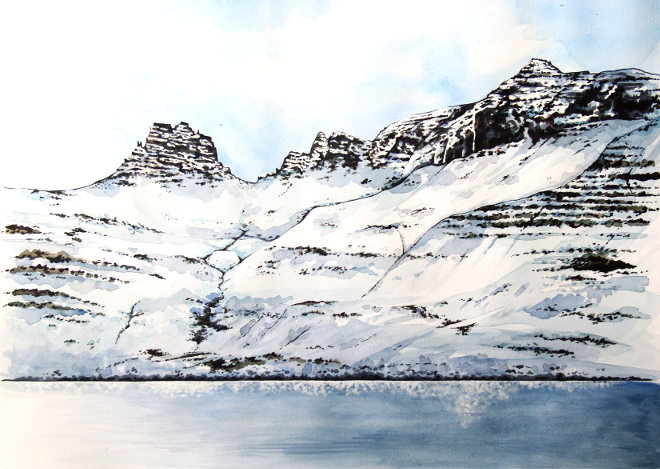 Falling for picturebooks as a child fuelled Lilly Louise Allen’s determination to become an artist.

“I was absolutely in love with my picture books as a child, the more detailed the better!” she recalls. “I had a great imagination and was always making something from posters to little books.”

At school Lilly continued to learn new skills and express herself through art. “Then I feel there was a lightbulb moment with the ‘new wave’ of Illustration which happened in the early millennium – then there was a resurgence of books on the subject and companies used illustration more frequently. A book which really got me into contemporary Illustration and realising it was a viable occupation was ‘Hand to Eye’ by Lawrence King Publishing, which showed a broad range of Illustrators at work at the time.” 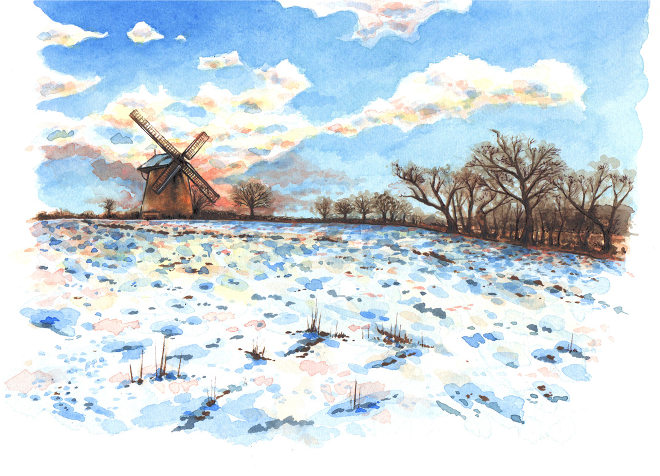 Other influences include the work of Lucinda Rogers, Julie Verhoeven and Tom Gauld. “I’m attracted to the storytelling that can be accomplished with just a single picture, the magic which can be created and the fact that an illustrator can orchestrate the mood of a picture, from humour and charm through to the surreal and thought provoking.”

Inspirations included “people, food, the countryside, the sea, travelling, reading, other artists – all sorts of different subjects! I don’t like to limit my subject matter either; I’m open to trying anything new if it feels good.” 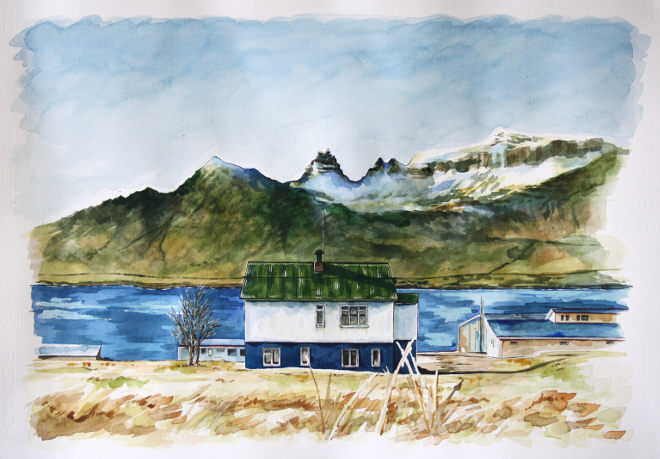 More recent adventures include an artist’s residency in Iceland.

“I had been thinking about doing an artist’s residency but it felt like more of a daydream than something that would come to fruition!” she admits. “I looked at several websites and found the Residency Unlimited website. It was full of amazing places but The Fish Factory Creative Centre in Stöðvarfjörður in the east fjords immediately stood out to me. It looked like looked like an absolutely beautiful place and the ethos behind the centre really resonated with me.”

She quotes from the website: “The Creative Centre is an ongoing collaborative and community project and our actions and aims are based on sustainable principles and alternative methods. We want to regenerate and sustain our small village by making it into a possible and desirable place to settle – a place where you can have engaging jobs, enjoy culture, and the influx of new ideas and creative people.”

No wonder Lilly couldn’t resist. Living as she does on the Isle of Wight, Lilly also felt an affinity with the isolated located.

“I live on an island which is often faced with similar issues, certainly a lack of jobs and opportunities, especially for the younger generations growing up here. With shops and community facilities frequently closing down, it’s often Art in its varying forms and community that can help more than anything else.” 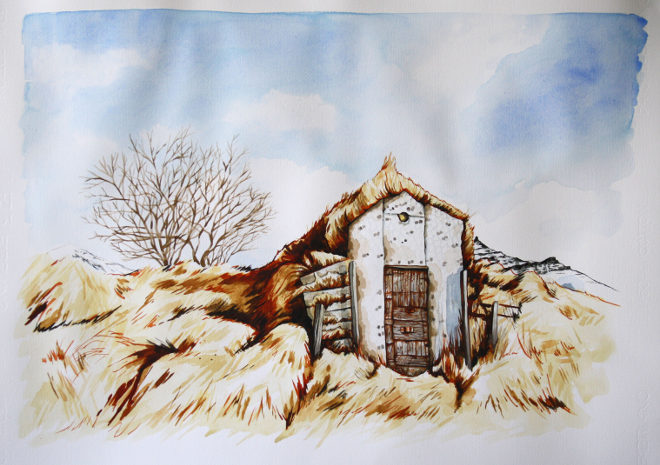 Lilly set off for Iceland with these thoughts firmly in mind. “I wanted to look at the importance of solitude to myself and to people in general,” she says. “To be alone but not lonely is something I find interesting. It’s often in these quiet times that our strongest ideas can appear and we find what we really want from life. I certainly found the time for quiet contemplation and a peacefulness inspiring. It feels completely unique to Iceland and particularly to the remote East Fjords where Stöðvarfjörður is located. There were no planes flying over head, few cars passing you by on the roads, no crowds of people or noises other than the wind, the water coming into the shore and the sound of your own footsteps – heaven.” 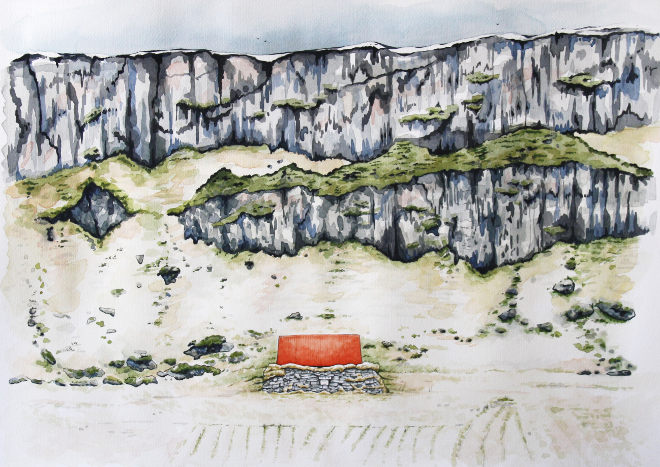 The life in the village and what she calls “the human element” also interested Lilly. “Many homes are occupied but there are a lot of holiday homes and some which are empty,” she says. “I took photos of every house in the main part of the village and it really made me look at each of their characteristics, reflecting the people who resided inside currently or in a previous occupancy. I also created large watercolour pictures which I hope reflect all of these thoughts.”

In addition, Lilly took sound recordings at places where she paused during her walks around the area. “It felt good to try things which I don’t normally do – photograph and sound are new elements in my work and were influenced by the other artists I lived with, which was another wonderful part of the Artists’ Residency!”

Lilly came away with a sense of being at the start of something special. “I’m pleased with what I created whilst I was there but I feel it is only just beginning in a way,” she says. “I can now reflect on everything and find a way of consolidating the project in what I hope will be an exhibition.” 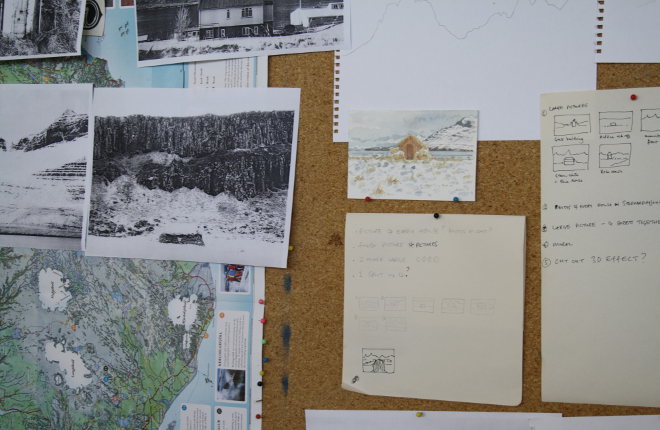 Lilly relishes her life as an artist. “What I love most is that magical time when I’m painting and am completely unaware of what’s going on around me, when the work is immersive and it feels exciting,” she says. “It’s quite hard to explain but its much like when you’re reading a great book and can’t wait to read the next line, the next chapter and then you wish it wasn’t over when you’re finished. If people can sense that feeling when they look at the work and it makes them feel something too then there’s nothing better.”