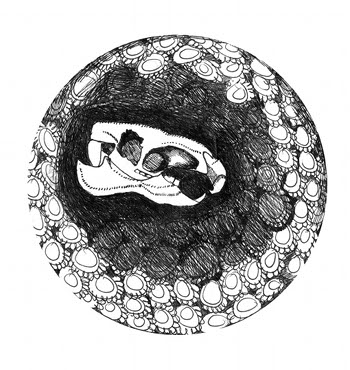 The fifth story in my debut short story collection Remember Me To the Bees is Condensation. The artwork is by Louise Boulter.

This story went through a variety of versions before it appeared in this form. I knew I wanted to write about the influences of the past on the present and how you might attempt to reconcile the two, and I knew I needed letting go to be a big part of that. So it seemed natural to give the main character, Yolanda, a beloved mother who was dying from cancer, and a young daughter who had grown up in a different culture to her own.

A short excerpt from Condensation

Their first months in the village had been hard. Beatriz insisted they speak only English at home, to help them along, but there was far more to learn than the words. Yolanda found herself picking the vocabulary up faster than her mother, as well as learning new ways to behave, to dress, to eat. Even years after their relocation, when Yolanda had shed almost every trace of her Mexican identity, Beatriz continued to seem foreign, different.

When her mother came back from the village grocery shop, having failed in her search for fresh avocados, Yolanda’s teenage self cringed as Beatriz complained in her thick Mexican accent about the woman behind the cash register. “She was so condensation to me!” Beatriz exclaimed.

“Condescending, Ma, not condensation!” Yolanda shrunk into herself with embarrassment.

Now, Yolanda’s own daughter, deliberately named Ellen rather than Elena, had begun asking questions about her heritage. Yolanda was reluctant to talk about the country they’d left behind. At just the thought of it alarming sensations stabbed through her – desire, trepidation, and bitter, brutal heartbreak. She would swiftly change the subject, avoiding Ellen’s questioning gaze, and bury the emotions as deeply as the animal bones in the garden.