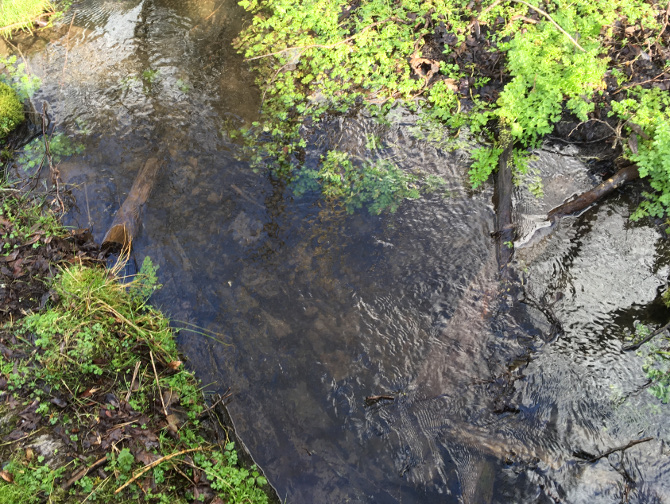 Recently, in a little under two days, I read and digested 507 micro fictions. Some of them I returned to and chewed over multiple times. In the two days after that, I set aside more than stories until I’d selected the 25 tales that have… well, yes, cast ripples.

The 507 specimens are 100-word stories submitted to the National Flash Fiction Day competition, which I was lucky enough to co-judge. On the morning after the contest closed to entries, I opened my inbox to find a fat document brimming with them all, ready to read at my leisure.

Well, not at my leisure, but it was a Saturday and I had almost an entire free morning in which to luxuriate over the carefully crafted creations.

During the first day I soon built up a rhythm that swept me along. As I swam through the compact fictions, I developed a labelling system of Yes, for the ones that stopped me in my tracks, Maybe, for the ones that snagged my attention at all, and No, for those that, I’m afraid, I felt I could remove without too many qualms.

By the end of day two I’d completed my second reading of all surviving stories, and was down to around 130.

Day three saw me whittle these down to a scant 61.

Patterns began to emerge as my brain sorted them into a series of recurring themes. I and my fellow judges, Angela Readman, Diane Simmons and Kevlin Henney, each attended dozens of funerals, including a high number where the chief mourner was also the murderer. We spent time in hospitals reeking with antiseptic and regret, waded through the mud of a multitude of wars. We met ghosts, unhappy children and cheating lovers in their droves.

We visited far-off planets, encountered people contemplating violence to themselves and others, and grazed our knees on numerous allegories and analogies. We bore witness to sensual and sinister moonlit cavorting. On at least three separate occasions we were told of the pain experienced via injury done to a twin. We eavesdropped on #MeToo revelations and felt the heat or skin-creeping chill of first times. These echoed narratives made our jobs a fraction easier, as we sought as the best of one type or another and used these to narrow our choices.

The process taught me to recognise a number of important things.

To reach the small sum of 25, we each had to extricate and wave sorrowful farewells to some truly outstanding works. One I removed on day three continue to wriggle in my mind with such insistence that I retrieved it on day four and included it in my 25.

Once we’d ordered our 25 choice according to  preference, Santino Prinzi, the competition coordinator, correlated these, reissued the shortlist of 26 and asked us to narrow these down to our top ten. At this point, certain stories really began to shine.

I have emerged from tales breathless with wonder. It’s been an incredible, exhilarating journey, every step of the way.

Now we have announced our winners and high commendably micro fictions, all of which will be published in the National Flash Fiction Day anthology 2019. There are some absolute stunners among them. Huge congratulations to these final ten, as well as everyone who reached the shortlist!

Being a co-judge of the NFFD completion 2019 has been a privilege. more than that, it’s been an education that’s spurred me on to aspire to write deeper, write truer and uncover more through my own writing.

A perfectly crafted paragraph is a powerful thing.