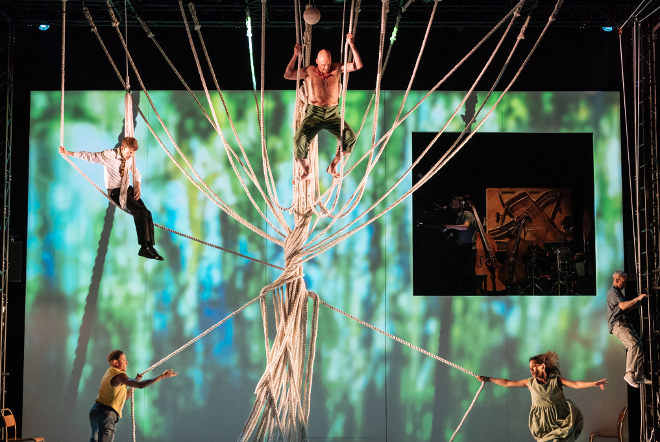 There are some stories that seem seeded in the emotional centres of our imaginations, where grief is almost made bearable by the multitude of disguises we hide it behind. In Patrick Ness’ exquisitely painful A Monster Calls, the stories themselves take on characters, revealing truths about our lead, 13-year-old Conor, while offering him a way to grapple with the tragedy unfolding around him. 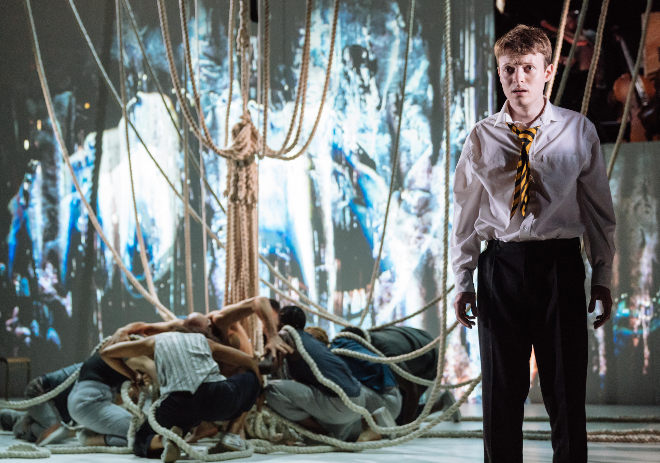 Director Sally Cookson has taken this tale, itself inspired by an original idea by Siobhan Dowd, and worked with the ensemble and writer in the room Adam Peck to create a play that gives voice to our darkest fears. 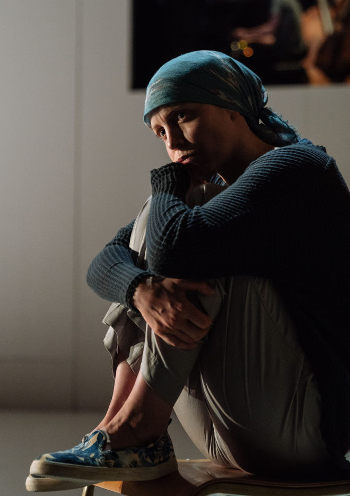 Conor’s mum (Marianne Oldham, shown left) is seriously ill, and everybody knows it. What they don’t know, because he’s working so hard to hide the fact, is how much the situation is taking its toll on him.

In the role of Conor, actor Matthew Tennyson is extraordinarily expressive, embodying the fear, rage and determined self-delusion with heartbreaking vulnerability. Unusually, the ensemble remains on stage throughout, offering the impression of a world populated by unseen beings who guide or trip us – when Conor needs a bowl for his breakfast cereal, one is held out to him, and his school tie is placed unceremoniously over his head. It highlights the skill of the cast, as well as the director and set designer Michael Vale, that this seems at once normal and oddly moving.

Vale has devised a set that leaves our imaginations free to unfurl, where chairs and ropes perform a multitude of functions.

While the monster itself is performed with visceral otherworldliness by Stuart Goodwin, the immense, ancient yew tree he represents takes shape thanks to an assortment of artfully strung ropes, which the actors clamber through with unnerving agility. 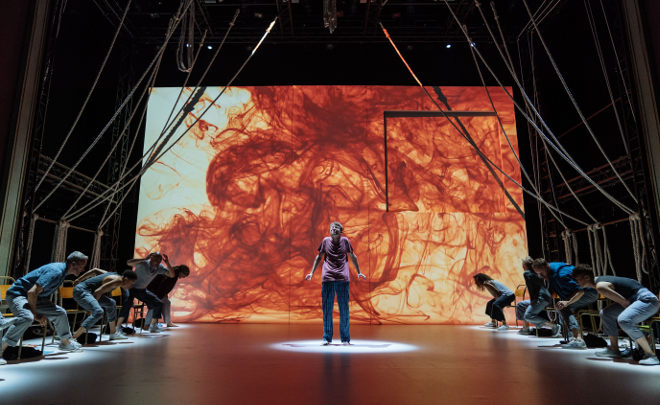 From the start we find ourselves in the midst of Conor’s nightmares, where screened visuals, the physicality of the ensemble, and powerful use of sound, plunges us into a storm-torn horror that leaves the actor, and us, fighting for breath.

Cookson has created a skin-shiveringly immersive show, aided by a soundscape from Benji Bower and Will Bower, that adds infinite atmospheric layers. We, the audience, may remain in our seats, but as Conor battles demons, both real and metaphorical, including a trio of school yard bullies (John Leader, Hammed Animashaun and Georgia Frost) we’re pulled along with him every step of the way. 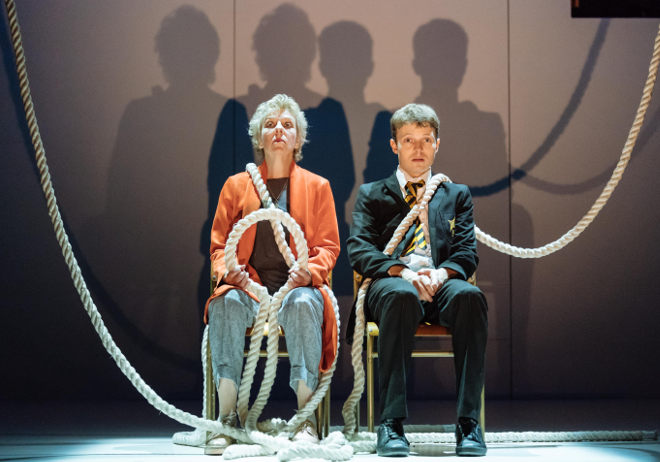 Selina Cadell is compelling as the grandmother torn between her own distress over her daughter’s illness and the challenges of a largely non-communicative, anguished grandson. Her home is signified by a swinging pendulum and relentless ticking that probably feels familiar to anyone who’s ever visited a grandparent’s house. The ticking heightens tension, which the possibility of an actor being accidentally flattened by the vast pendulum only adds to. 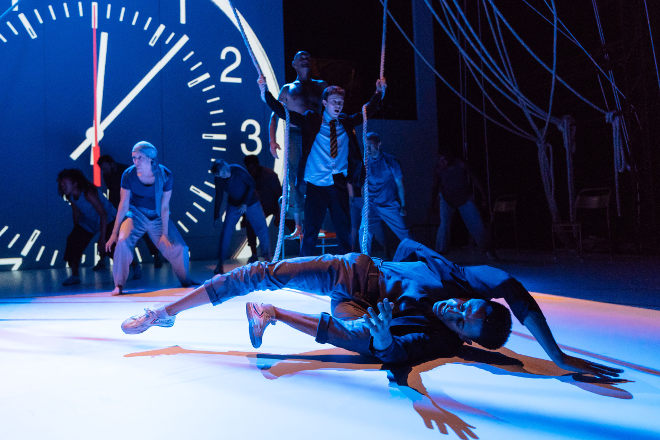 Time is a prevalent theme in the story, with the monster only ever arriving at 12.07, and the terrible sense of time running out for Conor’s mother.

Throughout the play, this is the awful truth that no one quite dares speak. And yet, as the monster reminds Conor, right and wrong, true and false, and, above all, belief, are all complicated, ambiguous things. Not unlike an ageless yew tree that walks when called, represented by an armful of rope.