Today’s guest post comes from bestselling author Sophie Hannah, and explains how authors can use fiction to explore the truth behind controversial subjects, as she did for her novel A Room Swept White.

In the UK there have been several high-profile cases of mothers losing more than one child to cot death and subsequently being accused of murder: Sally Clark, Angela Cannings and Trupti Patel to name just three.

Clark lost two sons to SIDS (Sudden Infant Death Syndrome), and Cannings and Patel each lost three babies. The women protested their innocence, but the dominant view at the time in legal and medical circles seemed to be that it was simply too much of a coincidence for more than one infant from the same family to die an unexplained death; many people believed these babies had been murdered.

Choose a subject with the potential to consume you

One expert witness who testified against both Clark and Cannings, paediatrician Professor Sir Roy Meadow, said that within a single family, ‘One cot death is a tragedy, two is suspicious, three is murder’. This came to be known as ‘Meadow’s Law’.

Clark and Cannings were both convicted of the murders of their babies.  Immediately, campaigns were launched to secure their exoneration and release, on the basis that there was no concrete evidence to prove that either woman was a murderer. The only evidence of murder, supporters argued, was disputed medical evidence.

Highlight the conflicts in this real life drama

The defence teams of both women had produced their own expert witnesses to counter the claims of Sir Roy Meadow; medical opinion was very much divided. Campaigners argued that it had in no way been proved beyond reasonable doubt that Clark and Cannings had murdered their babies.

Bear witness to both sides of the story

Meadow’s downfall was a direct result of his claim, at Sally Clark’s trial, that the odds of more than one child from the same family succumbing to SIDS were one in seventy-three million.

Statisticians came forward to say that this was simply not the case, and Clark was granted leave to appeal. It was thought that Meadow’s statistic had lodged in the jury’s minds, leading them to believe that it was as good as certain that Sally Clark was a murderer.

Both Clark and Cannings appealed against their convictions, won, and were released. Professor Sir Roy Meadow was struck off the medical register for misconduct, though he was subsequently reinstated.

Pay attention to your own responses

What fascinated me about all of this was the apparent changeability of public opinion.

I remember following Sally Clark’s trial as it was happening, and hearing that a respected expert had said that the odds of one family losing two babies to cot death were seventy-three million to one.

My husband and I were watching the news, and we looked at one another and said: “What? That can’t be right.”

At the time, a friend of mine who was desperate to have a baby kept getting pregnant and miscarrying, and none of the doctors she consulted could explain why – several miscarriages, even more tests, and no medical reason found.

Doctors can’t be expected to have all the answers, however hard they try. It seemed obvious to me that there would be some families with particular genetic weaknesses or predispositions, and that those families might lose several babies while other families might lose none at all.

Have your own opinions

When I heard that Sally Clark had been convicted of murder, I was surprised.  I remember telling my husband that if I’d been on that jury, I’d have been heading for a vote of not-guilty from the moment I heard the seventy-three-million-to-one statistic, which was so obviously – to me at any rate – dodgy.

Didn’t anyone on that jury have an anecdote similar to mine, a friend with several unexplained miscarriages?

Why didn’t those jurors think to themselves: “Hang on a minute -– if there’s some undiagnosed medical issue in the Clark family, which there easily could be, then that statistic wouldn’t apply”?

Be prepared for the witch hunts

As soon as Roy Meadow was discredited, there seemed to be as many people queuing up to attack him as there had previously been people keen to attack Clark and Cannings.

There was much seizing of the moral high ground – as there had been before but in a different direction – and much talk of witch-hunts. Roy Meadow was accused of having indulged in a ‘cot-death mothers witch-hunt’; his supporters, meanwhile, talked of a witch-hunt targeting paediatricians who

A very public division of opinion was etching itself deep into the national consciousness, and positions were hardening, as they always do when a controversial issue makes the headlines.

Do your own research

Lots of people were calling Meadow ‘evil’ for trying to put innocent women in prison, but there were as many people insisting that, as one social worker acquaintance put it to me: “Those women did it, even if their convictions were overturned. So what? It doesn’t mean they’re not guilty as sin – all it means is that there isn’t enough proof that they’re guilty.’

Over several years, I noticed that everyone I spoke to about the Clark, Cannings and Patel cases, or about Professor Sir Roy Meadow and Dr David Southall, seemed to have a very firm opinion one way or the other based on very little evidence or first-hand knowledge.

I was struck by how many people seemed happy to take a side. At no point did anyone ever say to me: “I have no idea what any of the Clark, Cannings or Patel babies died of.”

At no point did anyone express compassion for the ‘other side’, as it were, for a doctor who genuinely and firmly (though perhaps erroneously) believed that a woman was guilty, and whose only motive for testifying against her was to protect her surviving children. Or for a woman who, in desperation and panic, and without really knowing what forces were driving her, one day put a pillow over her baby’s face.

Strangest of all, I thought, was the tendency to lump the categories together: ‘those doctors’, ‘those mothers’ – it’s seen in gang or team terms.

Put yourself to the test

Once I’d read everything I could read on the subject, and spoken to everyone who was willing to speak to me, I decided to put myself to the test.  I took a particular case of a woman accused of murdering her babies – a case that had been reported in the media extensively – and I made a list of all the things my research had unearthed that pointed in the direction of her guilt. The list was long and persuasive.

Then I made a list of all the facts I’d turned up that pointed to that’s same woman’s innocence. That list was equally long and persuasive.

I was confused by this at first. Now I can see that I was naïve to have been surprised. I should have known: what we need to believe comes first. Finding the evidence to support our chosen beliefs comes second, and is an easily-achievable formality.

Draw out the compassion in your created characters

The characters in my novel A Room Swept White, the cases of cot-death that might or might not be murder, the mothers, the doctors – they’re all entirely fictional.  Ironically, this makes the novel seem much more real to me, and true to the issue that first inspired me.

In A Room Swept White several people commit murder, others make terrible mistakes they oughtn’t to have made, and much harm is done by one human being to another. However, all the characters in the book, practically without exception, are doing their very best in painful and difficult circumstances, even the killers. Especially the killers, actually.

Which doesn’t mean society doesn’t need to be protected from those who are a threat to the safety of others – obviously it does. But does it need to put all its venom into moral judgements of ‘evil’ and ‘monster’? Who is that helping?  Not Roy Meadow, who is described by friends as ‘a broken man’, and not Sally Clark, who died not long after her release, never having recovered from the loss of her two sons and the horror of being demonised and imprisoned.

If their stories, taken together, prove anything, perhaps it’s that being compassionate is more important than being right. 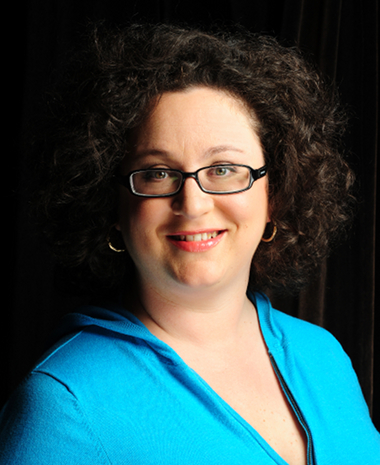 Sophie Hannah is the author of eight bestselling psychological thrillers, including Little Face, The Other Half Lives, A Room Swept White, and The Carrier. She has also written six novels in other genres and masses of poetry. This week it was announced that the Agatha Christie estate has commissioned Sophie Hannah to write a new Poirot novel – congratulations Sophie!