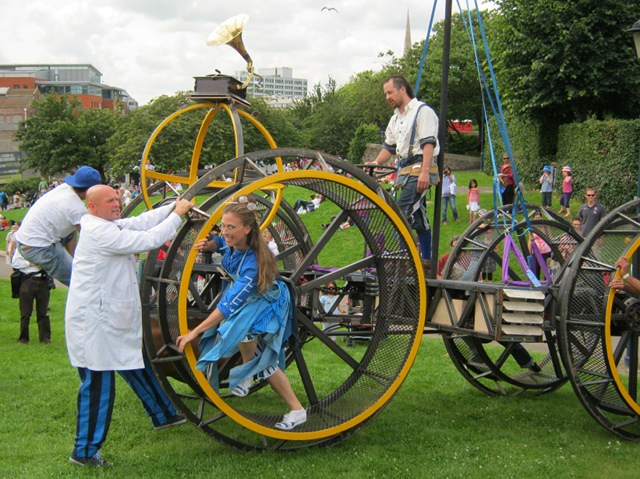 Fancy doing something really spectacular with your creative skills in 2015? Glastonbury Theatre and Circus Fields are looking to commission four new shows for next year’s Glastonbury Festival.

The deadline for proposals is Friday 7th November 2014.

They have four very different types of performance in mind, but all should provide “new experiences for our audiences that are spectacular and brave, and that work well with the creative atmosphere and scale of the festival.”

Do you have a show that fits one of the following criteria?

Successful applicants will benefit from the massive infrastructure of the festival, working with and being mentored by Glastonbury Theatre and Circus Fields through planning and creation prior and during the festival. “We will also support them to bring the show to other audiences after the festival.”

To learn more, and to apply, please visit www.glastonburyfestivals.co.uk/areas/theatre-circus/glastonbury-tc-arts-commissions