His story, however, is far from bleak, Rebecca Lloyd’s delicate touch ensures that a genuine love resonates between Danny and his dad, while a thirst for knowledge about the natural world keeps Danny enthralled in the discoveries he makes all around him.

The biggest discovery, however, comes when a neighbour, Mr Seeping, asks him to feed some tropical fish while he’s away.

Gradually Danny realises that he’s not the only person in the shadowy house, and encounters Mr Seeping’s wife Vaquita, dressed permanently in a grey swimsuit and claiming to be a Halfling – part woman, part porpoise. END_OF_DOCUMENT_TOKEN_TO_BE_REPLACED

Dr Sally Ann Law is a personal and business life coach. Here she offers her advice on how you can manage your time, and thereby ensure you find time to write, and maintain your motivation!

A lot of writers say they have trouble finding time to write for themselves. A staff writer on a publication must squeeze freelance writing into their free time, while if writing is not the main source of your income, it can be difficult to justify finding time to get on with it. However, your main problem may be overcoming your own perception of what you do. END_OF_DOCUMENT_TOKEN_TO_BE_REPLACED

Mmm, there’s something about a big beautiful boat that seems to promise sunshine, sea-air, happy days… So surely working on a magazine about them is the perfect way to ensure a joyful working life!

The Chelsea Magazine Company is currently seeking a Production Editor for Classic Boat magazine, a publication that has been celebrating the world’s most beautiful boats for more than 25 years.

They say: “Each monthly issue showcases the best-designed traditional craft afloat, examining their design, provenance and heritage and championing their classic good looks and craftsmanship. With its outstanding photography and expert editorial coverage, Classic Boat is the definitive magazine for everyone seeking credible advice, reviews and information about classic boats, events and gatherings worldwide.” END_OF_DOCUMENT_TOKEN_TO_BE_REPLACED

One of the challenges of being a freelance writer is that occasionally more opportunities arise than you rightly know what to do with.

Last week, for example, I had a few chats with magazine editors I’d written for previously, and suddenly realised I’d accepted 12 commissions, all with deadlines before the end of February.

Time management is a key part of the freelance writer’s job. Luckily, I keep two days a week solely for writing projects, so getting these completed should be no problem, providing that the people I’ve agreed to produced profile pieces on actually respond to my emails and phone calls…

Other than that, I need to get down to it. Which requites writing fuel, aka Hotel Chocolat goodies, and plenty of them…

This vividly poetic film will take your breath away in unexpected ways. Part fairytale, part social commentary, it serves up such beauty, ghastliness and moments of real horror, interspersed with scenes of extraordinary warmth, love and hope.

Six-year-old Hushpuppy (Quvenzhané Wallis) lives in The Bathtub, a fictional, waterlogged area of Louisiana, where homes are ramshackle and families more so. The precariousness of living here is offset by the people’s passion for life and determination in looking out for each other. As a storm approaches, a child runs through the streets ringing a bell and shouting out warnings. Most up and leave, but a core few remain, including Hushpuppy and her father Wink (Dwight Henry). END_OF_DOCUMENT_TOKEN_TO_BE_REPLACED

Susan Grossman is hosting a “one-day blitz” on writing feature pitches that will result in commissions. “Find new outlets online, in print and broadcast in the UK and abroad. Crack customer publishing titles. Sell-on existing material or make an old story topical.”

The course is aimed at all kinds of journalists, but particularly those wanted to make an impact in the field of travel writing – Susan’s speciality. She says: “Over 500 travel writers and professionals have attended these workshops, from senior editors to women returners and travel PR account execs.”

The workshop is  designed to help you to “explore new outlets, re-work and sell-on published material, approach editors with confidence and increase your earning potential.” You can also expect feedback on past or current pitches.

Susan lectures on the MA in journalism at Westminster University and is a travel writer, magazine editor and broadcaster. 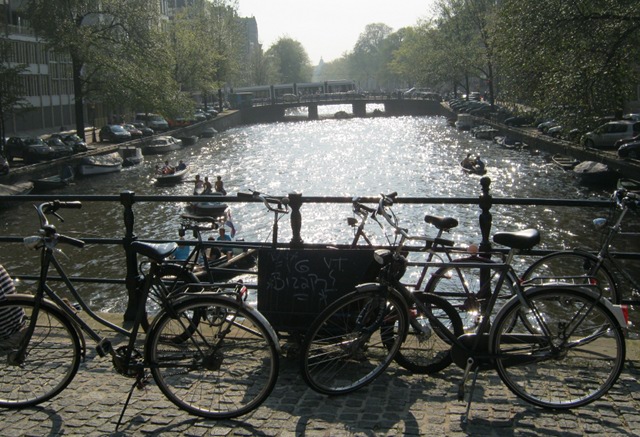 The following extract is part of one of my travel features, and can be read in full at easyJet.

Arriving in Amsterdam is a bit like accidentally stepping on an anthill. You emerge from the airport directly into a heaving train station with people rushing around in every direction, all seemingly knowing exactly where to go.

We stayed at The Double Tree by Hilton, a vast green construction with a cool glassy exterior and a modern interior of clean lines and high ceilings. 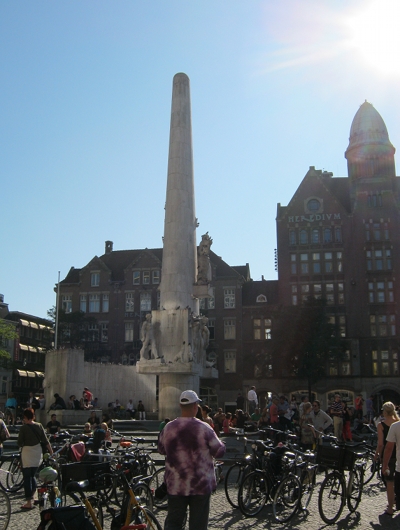 The hotel is perfectly placed for visiting Amsterdam’s highlights, from the Red Light District to the exceptional galleries and museums that burst from every corner. After dropping off our cases we made our way to Prinsengracht (the Prince’s Canal), admiring the grand, if admittedly rather phallic, National Monument as we crossed Dam Square.

Prinsengracht is the perfect place to while away an afternoon, with easygoing bars frequented by locals, and the restaurant Envy, where we feasted on a multitude of small dishes such as Dutch oysters, North Sea crab salad, fried pork belly and an array of Dutch cheeses. END_OF_DOCUMENT_TOKEN_TO_BE_REPLACED

While most of us are huddled indoors trying to stay warm, one knitter I know took the snowfall as a sign to head outside and get creative.

Amy Twigger-Holroyd of Keep & Share is no ordinary knitter, frequently turning her talents to glorious fibre installations to brighten small corners of the world, in this particular case, her snowy back garden. You can watch a cute little film about her snowy endeavours here.

To me it looks like a finely spun contraption designed to catch snowflakes, but perhaps the sub-zero temperatures have gone to my head… 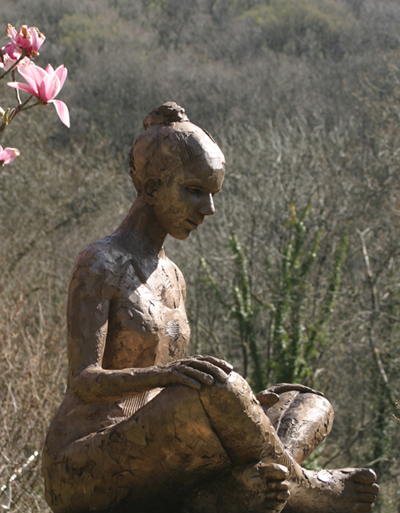