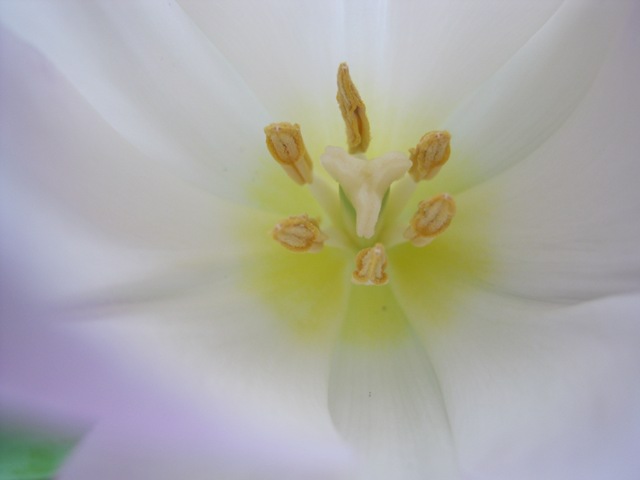 Making up words has always been an irresistible temptation for prolific writers – Lewis Carroll was a master of the craft, and Shakespeare wasn’t too shabby either.

Encouraging you to give into to your word-spawning urges, English PEN and Arvon have teamed up to give you a chance to win a place on an Arvon creative writing week (including travel) with the Making Up Words competition.

All you need to do is write a poem of up to 14 lines or a piece of flash fiction of up to 100 words, with a title that is a made-up word.

Made-Up Words is part of europolyglot, an English PEN festival of events, workshops, night classes and roundtables that celebrates multilingualism and active ageing in the UK, in partnership with the European Commission Representation in the United Kingdom.

Submit your entry in the body of an email to competition@englishpen.org by midnight on Friday 29 March 2013. The competition will be judged by writer and performer Femi Martin (pictured left), who has some inspiration to offer here. 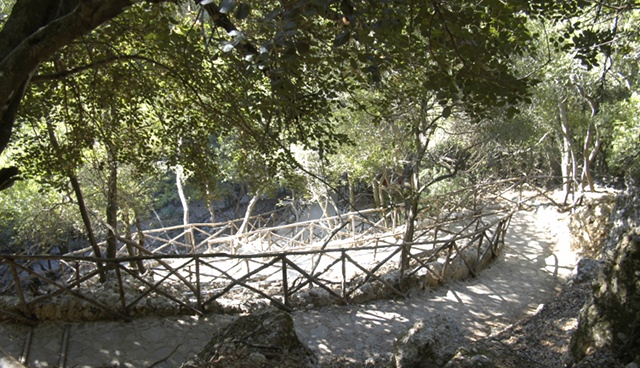 One of the most beautiful places I’ve visited is the Valley of the Butterflies on the Greek isle of Rhodes. As part of a gap year, I was working as a shepherdess and staying with a farmer and his young family in the village of Theologos. Each day I would spend a few hours watching the sheep, daydreaming and dozing under the olive trees, then head off to the beach for more of the same, minus the sheep and plus a few waves.

I had one day off each week, giving me the chance to head out to Rhodes town to catch a ferry to one of the nearby islands. But I’d heard about the Valley of the Butterflies and was keen to see what it was. I could have caught the bus to Rhodes Town and then another bus out to the valley, but Theologos is set almost halfway between Rhodes Town and my destination, so when my host advised me that it’s an easy stroll, it made sense just to walk it. 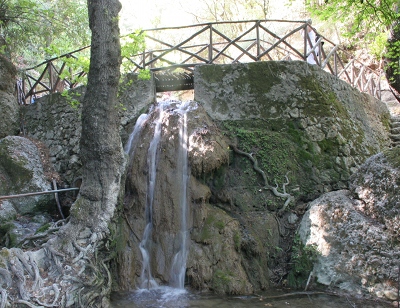 I set off at 9am, trekking along sun-blasted roads in the rising heat. When I finally reached the natural park, it was like arriving at an oasis. It was only early June, so there weren’t the mass of Jersey tiger moths (Re the misnomer, I guess Valley of the Moths just didn’t sound so appealing!) swarming in the Petaloudes valley that you get later in the summer, but there were still enough to give the gorge an otherworldly feel, and the tourists were also in low numbers, which made it far more atmospheric.

If you want to get the full impact of the invasion, come in July or August when more than a million moths will have arrived to feast on pine resin before copulating and laying their eggs. Quite a sight to behold! On the downside this is also when crowds of the tourists visit, diminishing the tranquility of the place.

Personally, I think May or June are the better times to visit – sure, you’ll miss out on the clouds of copulating moths, but the valley will be far, far greener. You’ll have much of the park to yourself and will be able to wander around the shady forest paths to your heart’s content, enjoying the mist drifting from the many waterfalls and crossing the log bridges at your own pace, not the pace of the people behind you.

Find out more at www.rodosisland.gr.

Many thanks to PROTOUR and the Greek National Tourism Organisation for supplying these images. 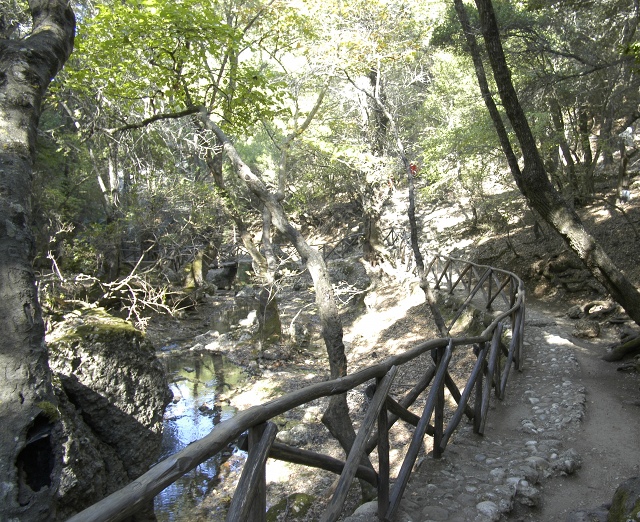 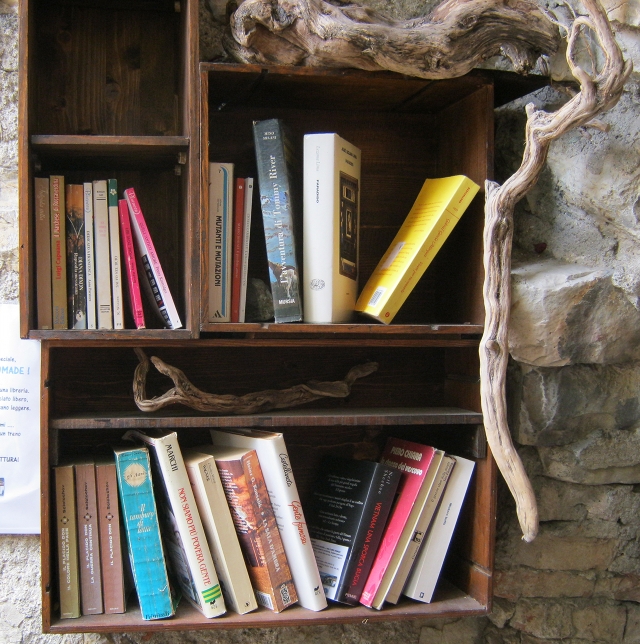 Encountering an unexpected book swap amid the beautify of some foreign land is a little like spotting some rare indigenous wildlife. END_OF_DOCUMENT_TOKEN_TO_BE_REPLACED 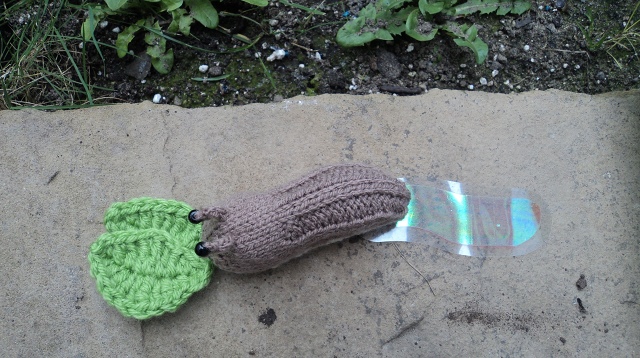 For the Southbank Bristol Arts Trail 2012 I wrote two pieces in response to Jenny Jones’ (aka Woolly Goodness) knitted slugs. This was a real challenge for me as I am absolutely definitely without a doubt not at all a fan of the slimy molluscs.

Jenny’s fuzzy slug was inspired by a childhood memory: “When I was little I dared my brother to kiss a slug, and he did… I’ve had a soft spot for the slimy rascals ever since.”

You can see more of Jenny’s work here.

Instructions On How To Kiss A Slug 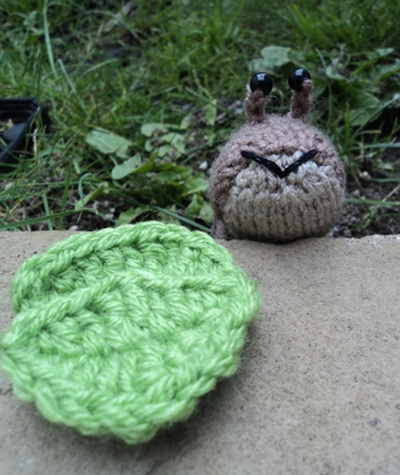 Close your eyes, and hold your nose,
Pretend you’re just smelling a rose.
Purse your mouth, tight and round,
Bend down almost to the ground.
Ignore the slime, kiss him quick,
And don’t forget to wipe your lips!

Slugs slither slowly
under garden gates,
through cracks in garden walls
through each and any space.

Silently and after dark
when you’re tucked up, sleeping tight,
they wriggle in and set their mark,
waiting long into the night.

And as you snooze away the hours,
they fill their bellies with your flowers
sneaking away as morning comes
betrayed only by their sticky tums.

Ahem. The deadline for joining for the Southbank Bristol Arts Trail 2013 is 14 February 2013. 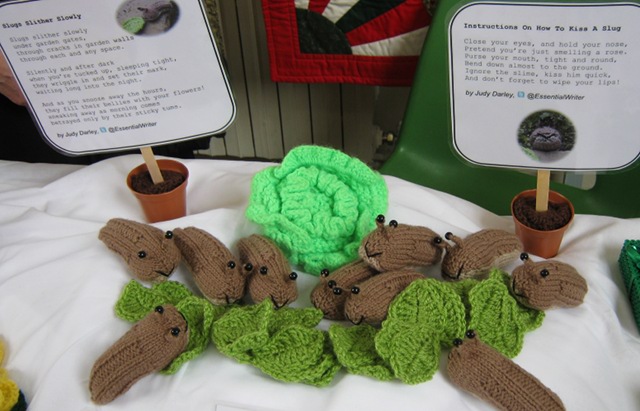 It’s been a great, creative weekend. On Friday a fully formed very surreal short story burst into my brain as I was running and made its way out onto the screen and into its first submission by the end of Saturday. To me that’s a good day’s writing!

I finally made my hubla’s birthday and Valentine’s Day cards, and my mum’s (70th!) birthday card, complete with a poem my dad asked me to write as part of her upcoming birthday celebrations.

I received the contract for the piece I sold to ‘ONE SENTENCE STORIES’ anthology – a project that I’m really excited about. My sentence is 110 words long, making it a rather lengthy sentence (hurrah for punctuation) but an extremely short story of love and heartbreak in a library.

And then my short story ‘On The Ledge’ was published as the story of the day at Fiction 365 on Saturday, giving me a warm glow all weekend long. Click here to read my story. It begins with the lines “I suppose, in a way, the dead pigeon did exactly what I couldn’t do for myself, and for that I’ll always be grateful.”

I’d love to know what you think of it!