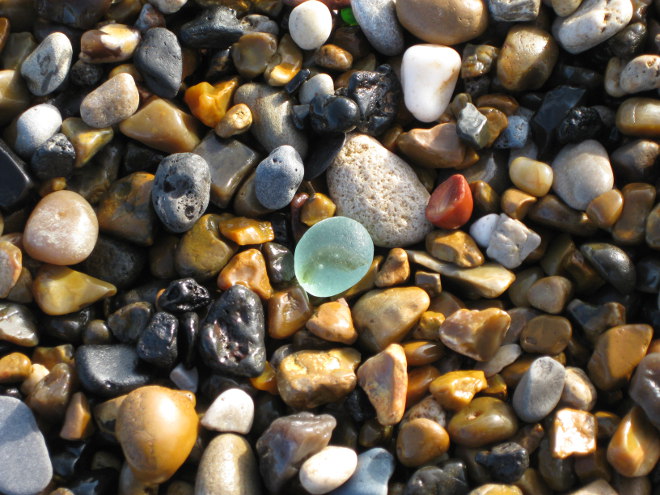 There’s something magical about sea glass – glimmering works of art washed up by the tide. Reshaped by the mouths of ocean currents,  smoothed and sent ashore.

Artist and writer Glenda Young is equally entranced, and spends at least part of each day searching for these tiny treasures before utilising them in her own creations. 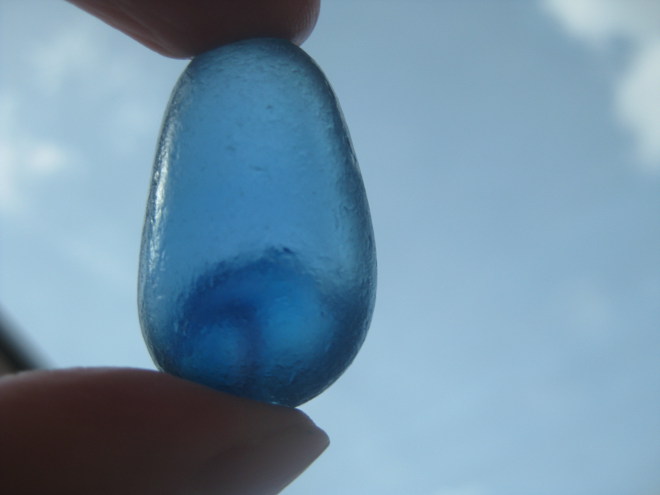 “Sea glass has such a unique quality to it,” Glenda says. “I was keeping my finds in a bowl in the living room and although it looked pretty it wasn’t doing justice to the individual pieces of sea glass, the really beautiful pieces, so I decided to make things.”

Only one concern stood in her way. “I’m not an arty person at all and I really can’t do crafts well. I’m not under-selling myself here – I’m a writer and I work with words, not objects.”

To overcome this she bought a book of sea glass crafting online. “However, the book is American and some of the ideas don’t really translate to UK style. But it did give me some ideas and I started making small framed pictures of funny looking birds sitting on driftwood trees. I then went on to make hanging decorations, Christmas cards, and I have some of my ‘jewel’ pieces of sea glass, the multi-coloured pieces, displayed in bowl-shaped stones that I find on the beach.”

“Having been brought up by the sea, it’s part of my life. I love the solitude and peace when walking on the beach. Finding things is just a bonus!” 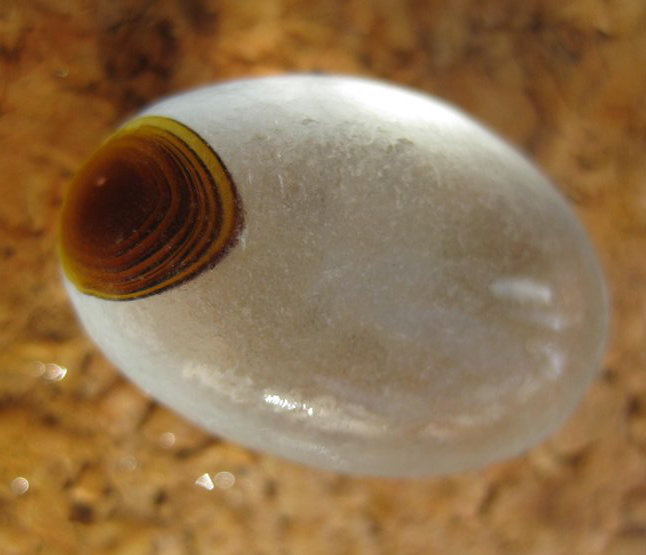 Even as a child, Glenda always loved sea glass. “ I used to find lots of red, purple, orange. They’re very rare these days so are prized finds. Each piece of sea glass is unique, unlike anything else, every single piece is different. It has a light to it that you don’t get from anything else.” 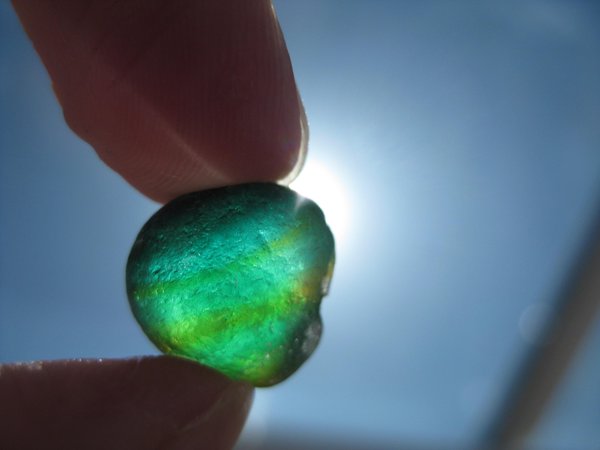 Glenda takes along a carrier bag to fill with washed up plastic to drop into the recycling “as part of the #2minutebeachclean (on twitter). I hate plastic and feel passionate about getting rid of it from the ocean. Did you know there’s more plastic floating in the world’s seas than fish? Greenpace announced that just last month.” 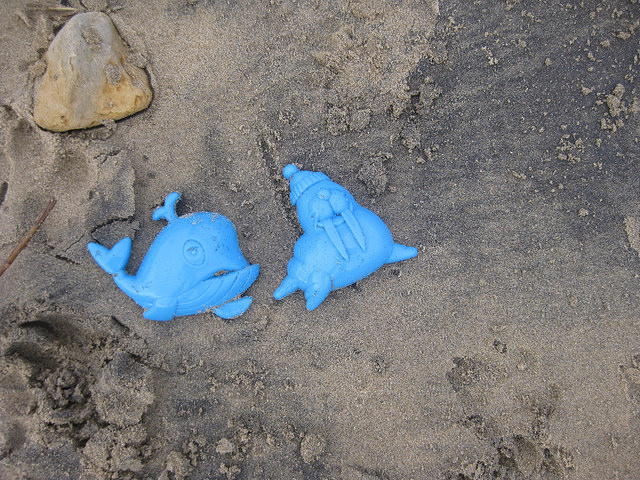 Being in the areas of a beach where plastic washes up, means other items can be found too. “With the recent floods I’ve found a lot of strange stuff being washed down rivers onto the beach. These include a wonderful intact beer bottle with its stopper from a brewery which closed down in 1972.  And for some reason, lots of childrens’ plastic toys have been washing up too. I usually take photos of my finds and put them on my blog at flamingnora.blogspot.com and my Flickr at www.flickr.com/photos/30922768@N07/.”

Glenda devotes some time to sorting the sea glass she’s collected. “The ‘ordinary’ pieces go in a bowl in my living room on display. The ‘multicoloured jewels’ go on display in beach stones I find.  I don’t sort by colour or size until I need to do some crafting and then I’ll have a good sort through for the exact shapes and sizes I need for whatever I’m making.” 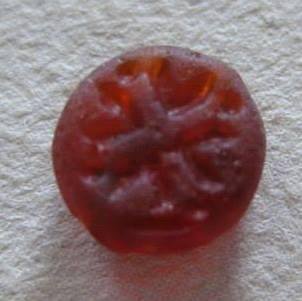 The best piece she ever found was a small red pebble on Scarborough beach.  “When I took a photo of it and enlarged the photo I could see a small cross on both sides of the pebble. The local finds officer from the British Museum  confirmed it was a post-mediaeval rosary bead. I’ve since had it made into a necklace and I love wearing it.”

She’s adamant that the pieces she makes aren’t true works of art (though I disagree!).

“I just plod my way through things. I did make some lovely little sea glass heart pictures and framed them and sold them on Etsy, they were very popular and I made and sold 12, all clear seaglass on coloured backgrounds so the sea glass took on the colour of the backgrounds. It was really effective.”

Glenda is drawn to anything “that shows off the light, luminosity and beauty of individual pieces of sea-glass. Hence, the decorations I made are now hanging in my conservatory where they capture the sun and have sunlight shining through them.” 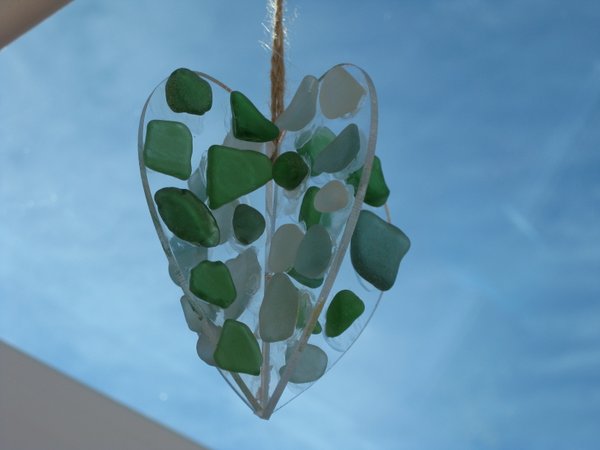 As a writer, she also crafts stories inspired by her sea glass finds.  “One of them – The Seaglass Collector – will be appearing in The People’s Friend this month, and I’ve submitted a different, much darker, story of the same name to The Northern Writers Awards 2016.” 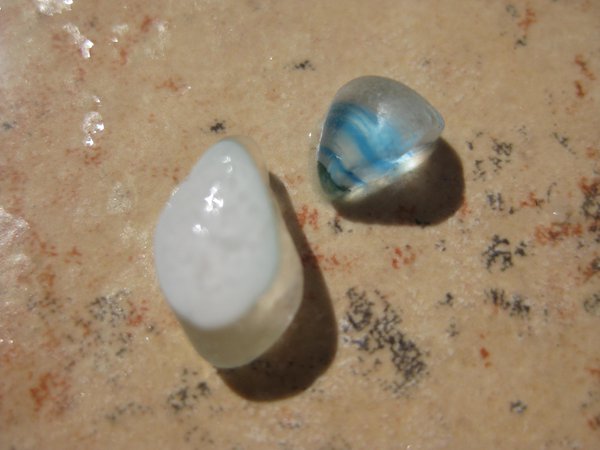 Living so close to the shore makes the sea a constant companion.

“I love that weird sense of living on the edge – of the country, the land. I love hearing the sea roar when it’s warm enough to leave the bedroom window open at night.”