Matt Grinter’s powerfully understated play Orca, directed by Chloe Masterson, opens on a scene of excitement as fourteen-year-old Fan (Rosie Taylor-Ritson) prepares for her village’s annual ritual of choosing a girl to play the role of the Daughter and protect precious fish stocks from marauding orcas. Each of the village’s young girls vies for the privilege to re-enact the Daughter’s sacrifice of leaping into the ocean and the orca’s jaws to save The Father and the village. 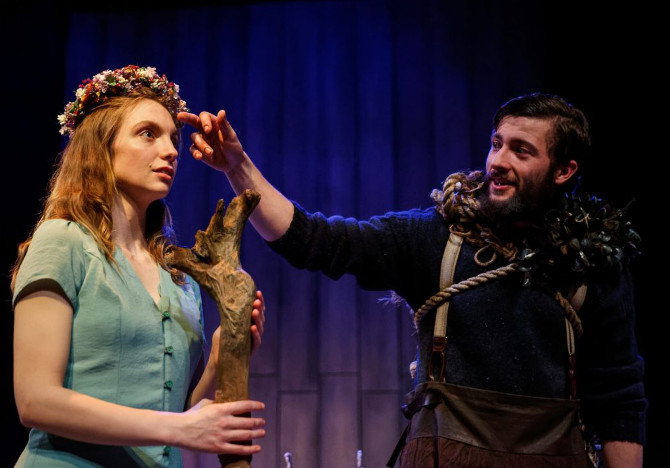 Fan has her dress all but ready, the flowers for her hair and her performance down pat, but there’s one obstacle. Her sister Maggie, who was chosen as the Daughter years earlier, shamed her family by telling ‘lies’ about what happens to the girls taken out to sea. The family – Maggie, Fan and their carpenter father Joshua (Finnbar Hayman) has been struggling to get by ever since.

Fan is certain that being picked as the Daughter herself will help to re-establish the family’s position in the village. But Maggie is scared that what happened to her will happen to her little sister, far out from shore where nobody can help her. It wasn’t that no one believed her, she says, but rather that no one dared or wanted to believe. 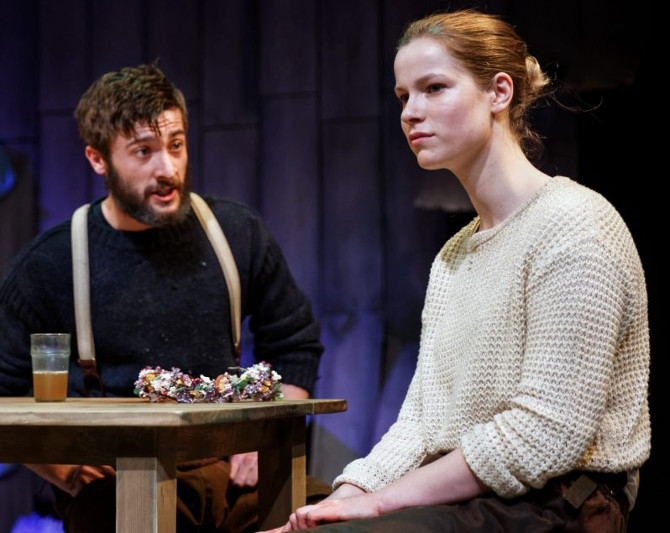 This is the premise that has sanctioned the misdeeds carried out by men with the mindsets of Harvey Weinstein for centuries. Even Maggie’s own father dares not believe her, but she sees that there’s doubt in his heart.

Portrayed by a cast of five exceptionally talented acting students from Bristol Old Vic Theatre School, each character is wonderfully nuanced and human, from our hero Maggie, played with blazing determination by Heidi Parsons, to Sam Henderson delivering The Father with a skin-creeping blend of charm and threat. 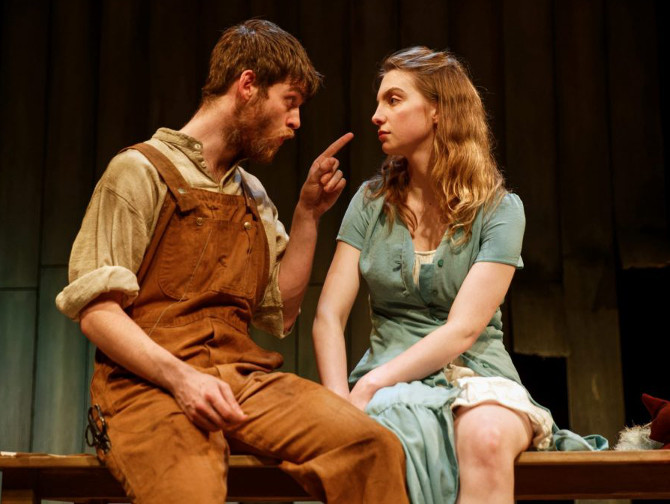 Set designer Robin Davis keeps scenery pared back and humble, with a table and two stools representing the house, and bare, salt-stained boards becoming the island exterior. Lamps flicker into life to add atmosphere, while sound designer Daniel Harvey adds in the soft sound of surf keeps our minds on the sea. Matched to costume designer Oscar Selfridge’s rustic knitwear.

Holly Carpenter as Gretchen, a girl pulled from the waves with rope burns around her ankles, adds a palpable sense of urgency to the narrative, showing Maggie that The Father’s actions are further reaching than she suspected. Maggie never wavers from the truth, despite the pressures put on her by the community and by her own family.

Gretchen and Maggie have both had encounters with the orcas everyone professes to dread, and both feel this fear is misplaced. As the play races towards its crescendo, clarity rises from the depths of every heart, but has it come too late?

Rosie Taylor-Ritson as Fan in Orca

Orca is a gut-chilling reminder that the smallest communities have room for danger, and that often the biggest risks come not from nature, but from the people who claim to want to keep you safe.

Gloriously atmospheric, rich textured and riddled with uncomfortable truths, this is a drama that will seep beneath your skin and remind you to question the society that shelters you.

Find out more at https://www.oldvic.ac.uk/events-shows/orca/

Orca is on at Bristol Old Vic’s Weston Studio until Saturday 16th March 2019 and is part of the New Plays in Rep season. Photos by Craig Fuller.