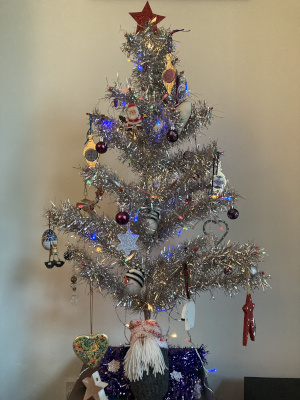 As we open our eyes to the second Christmas Eve of these strange pandemic times, I hope you are lucky enough to have those you love close by, and all the frivolity or serenity you crave.

I wish you a safe, healthy and joyful festive season, however you choose to spend it.

And yes, in case you wondered, that is a 1960s tinsel tree, given to us by my mum – re-use and re-home is a far more eco-option than recycle! Here’s to a green and hopeful 2022. 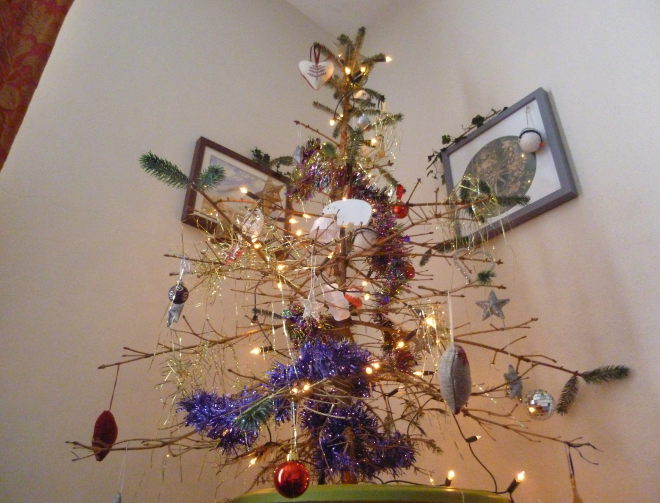 What an immensely complex year it’s been. So much change. My life has taken such twists and turns that this Christmas period I’m most excited about the hiatus from from every day life. I need to catch my breath, absorb everything that’s happened and take a moment to both appreciate all that, and look forward to the new year preparing to break its first wave on my shore. 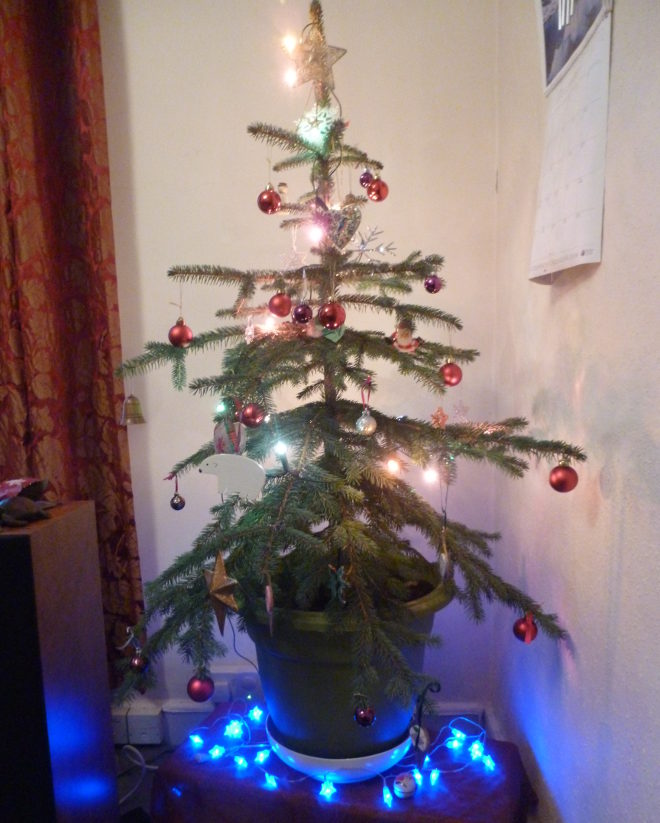 Our little tree has had its own challenges to face. Early on in 2017, our wee spruce began to drop needles at an alarming rate, and no amount of TLC would revive him. So we sorrowfully planned to chop him up and bid farewell.

But the thing is, we’re both really busy. After dragging the tree and his pot closer to the house, we left him alone for a week or two.

In which time he began to sprout fresh green needles at the end of each bough. And while the boughs and stem remain skeletal and bare, each one boasts a green flourish – a hell yeah, I’m still here, suckers! to the world.

I’m concerned this year’s bedecking could mark the end for our fine, if confused, tree, but we’re counting it as a final hurrah for this feisty fir. Whatever comes this January, we’ll know he’s done us proud. 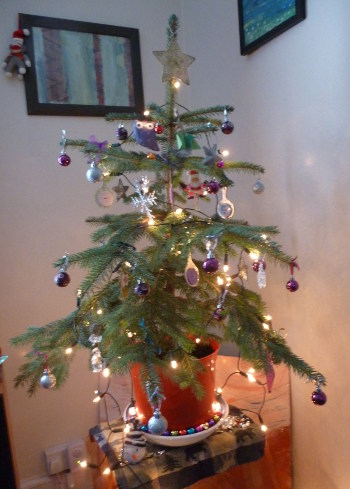 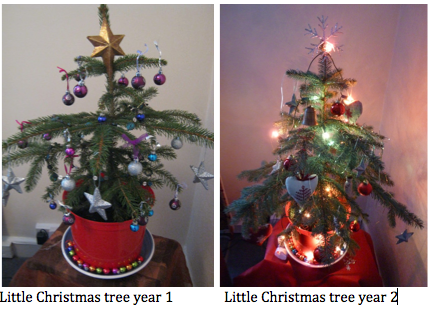 So Merry Christmas, however you choose to spend your day. And as always, remember, however dire things get, don’t give up. You never know what a burst of determination can achieve!!

It’s been a challenging year for everyone, and a particularly difficult December for my family, but now only one week remains and I fully intend to spend it in a blur of good company, good food and, well, good will!

Our little tree continues to thrive, I’m happy to say, despite being cared for by two non-gardeners and kept in a shady backyard! This year we realised it had stopped putting out new shoots, so moved it to a new, roomier pot, and as you can see it seems to have appreciated the gesture.

I hope your day is magical and full of love and warmth, however you choose to spend it. And as always, remember, from tiny saplings grow mighty trees – or at least ones you can watch with pride as they reach for the stars!