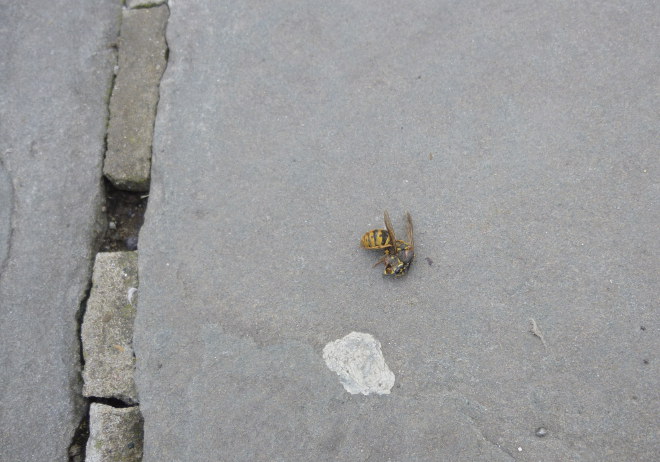 Apologies, I realise this post should have come with a warning for those entomophobes among us.

I stepped over this deceased wasp on a sunny day last week and was struck by how wrong it is to see a wasp, alive or dead, at this time of year. To my knowledge, they’re best known for spoiling late summer picnics, so what was this one doing out and about so early, and what caused its demise?

To me this insect corpse is a potent symbol of climate change – a seemingly minor anomaly, but heralding potential catastrophe – the equivalent of a butterfly effect with a sting in its tail. It seems ripe with metaphor and satire for cli-fi (yes, that is a genre) writers.

So there you go, plenty of tangents to fly with.