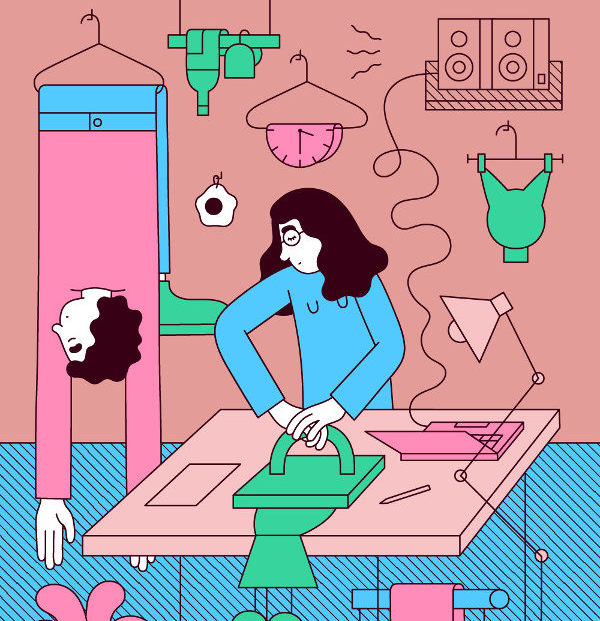 Artist Martina Paukova has launched her debut solo exhibition Girls, at The Book Club in Shoreditch. Running until 8th April 2018, the show represents an antithesis to the glamorous, air-brushed photos we face daily.

“These domestic environments are little self-made worlds of sort,” says Martina. “Away from the outside world where we are pushed to pose and perform, it is usually at home, within the four walls, where we are at our most natural and non-performing selves.” 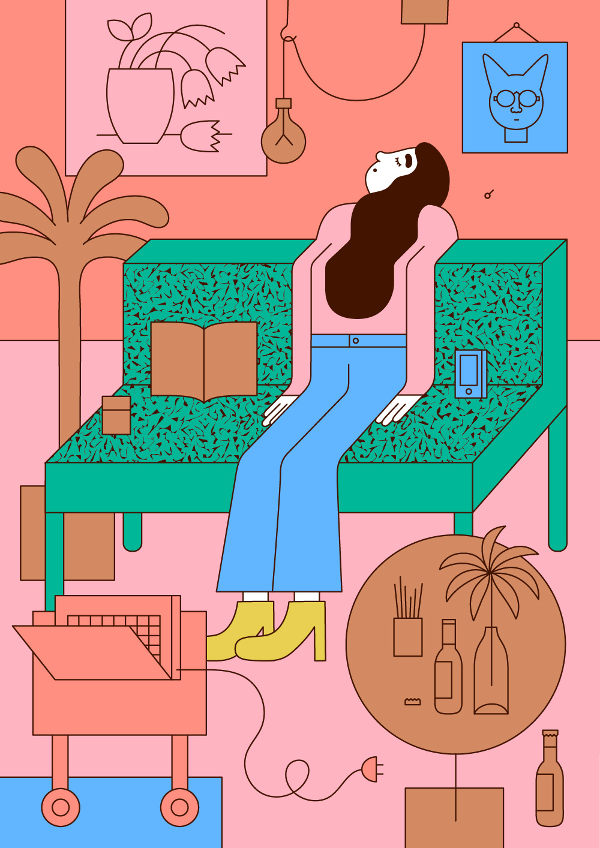 The vivid scenes feel like snapshots of real life, with a quirky cartoon feel. The girls are surrounded by the paraphernalia – laptops, phones and coffee cups, but they themselves are unpolished and occasionally 2-dimensional, folding into the angles of the sofas they slump onto. 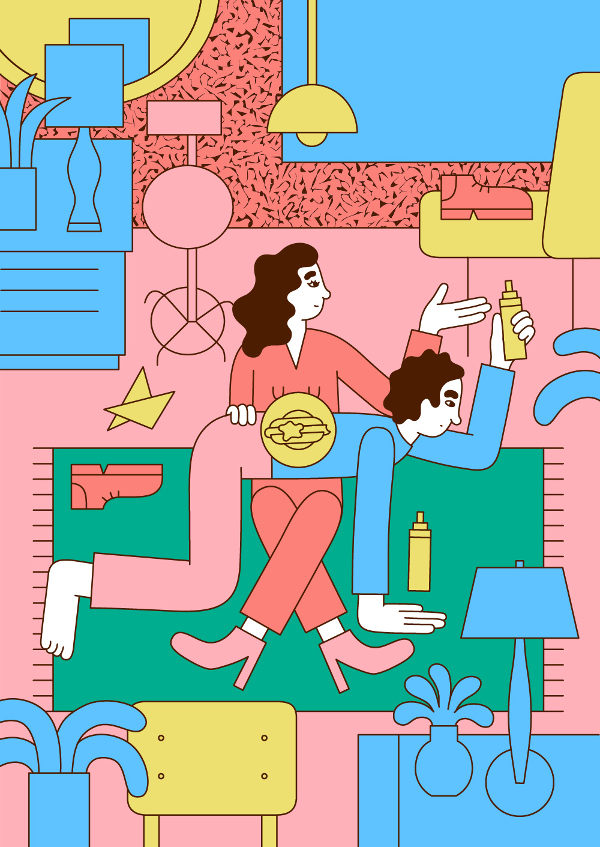 The artwork is hyper-simplified, flattening out detail in a way that’s both light and cheery, while underlaid with a faintly foreboding darkness that speaks of our concern for the future of females in a time when artifice is paramount and men still have the upper hand. In Martina’s world, men serve as furnishings or simply hang around waiting to be tried on, while technology wins her girls’ overriding affection. 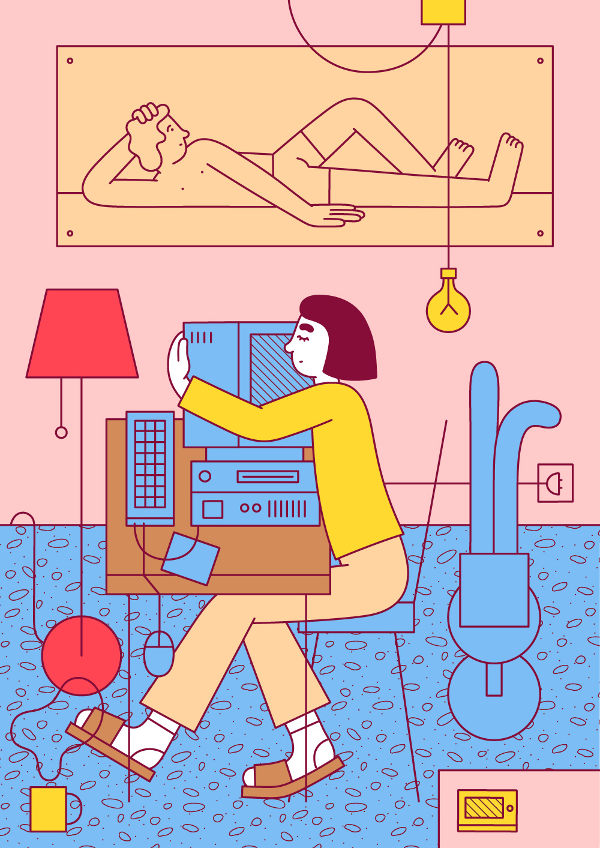 Martina Paukova was born in Slovakia in 1983, and has since studied graphic design in London, followed by illustration at Camberwell College of Arts. She now lives in Berlin, doodling people and creating commitions for clients including Pull&Bear, Converse, the Guardian, Google and The New York Times. 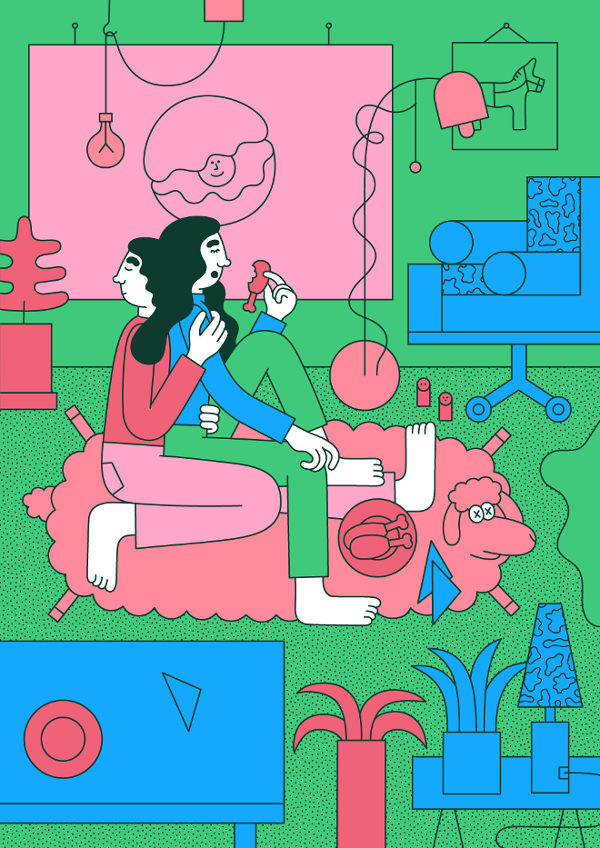 Despite the shadowiness of her underlying themes, Martina is aiming to prompt more smiles than disruption. “I am hoping for a light amusement mixed with some sense of familiarity,” she says. “The scenes I present can be super autobiographical and rather tongue-in-cheek and ideally I’d get some tongue-in-cheek response back :-P”

Find out more at www.wearetbc.com