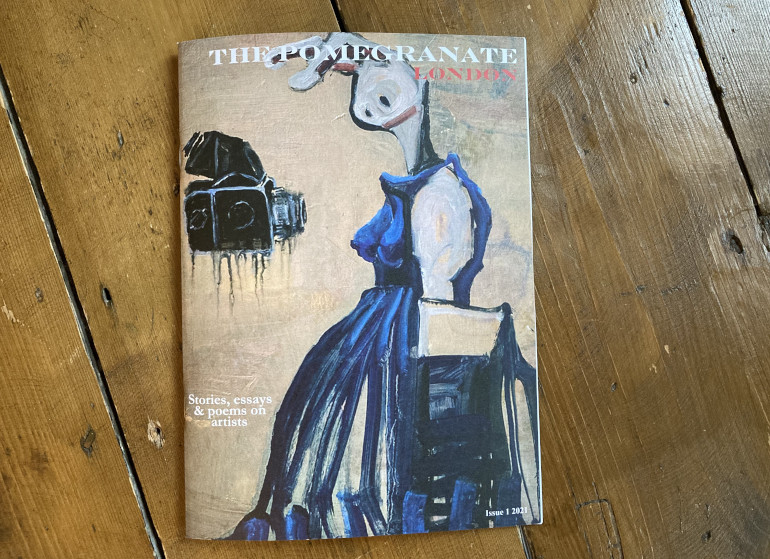 I’m delighted to have received issue 1 of The Pomegranate, a beautiful new #litmag devoted to stories, poem & essays about art & artists. It contains my flash fiction ‘Unstill Life With Plums’. The tale is under 200 words, and begins:

Our neighbour leaves them on the doorstep, paper-bagged against the sun. We peek inside and inhale their faint, wine-sweet smell. You mix the colour in the lid of your paintbox – red and blue blended with a whisper of green. I check my thigh and admire your skill – the paint’s the exact hue of yesterday’s deep-pinched bruise. 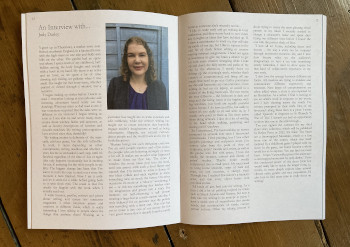 Issue 1 of The Pomegranate also features a 2-page interview with me (which happens to be many times longer than ‘Unstill Life With Plums’). In it I chat with the journal’s founder Zerlina Mastin about my writing habits, obsession with human fallibilities, passion for art, and my upcoming adventures with Reflex Press.
You can buy your copy of issue 1 here: thepomegranatelondon.com/what-we-publish
The front cover is by American artist Shelton Walsmith, who describes his work as lyrical abstraction. I think a lot of my stories could be described the same way! 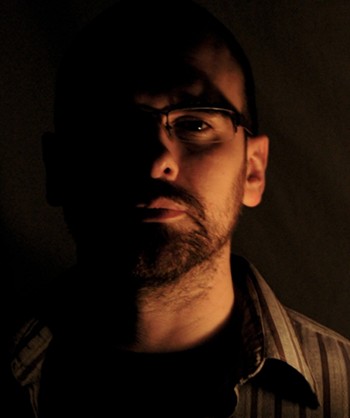 Rolli is a writer, illustrator and cartoonist from Canada. He’s the author of two short story collections (I Am Currently Working on a Novel and God’s Autobio), two books of poems (Mavor’s Bones and Plum Stuff), the middle grade story collection Dr. Franklin’s Staticy Cat and two forthcoming novels – Kabungo (Anansi/ Groundwood, 2016) and The Sea-Wave (Guernica Editions, 2016). His cartoons appear regularly in Reader’s Digest and Harvard Business Review, among others. Find him at rollistuff.com and follow him on Twitter @rolliwrites.

Kettle’s on. What can I get you?

What made you want to become a cartoonist?

I never wanted to be a cartoonist, funnily enough. I did early on want to be an artist—maybe like Van Gogh only with both ears—and a bit later a writer, but cartooning was never a desire of mine, burning or otherwise. I could draw, though, and believed I was clever, and on a whim doodled a few things and sent them off and had success straightaway. 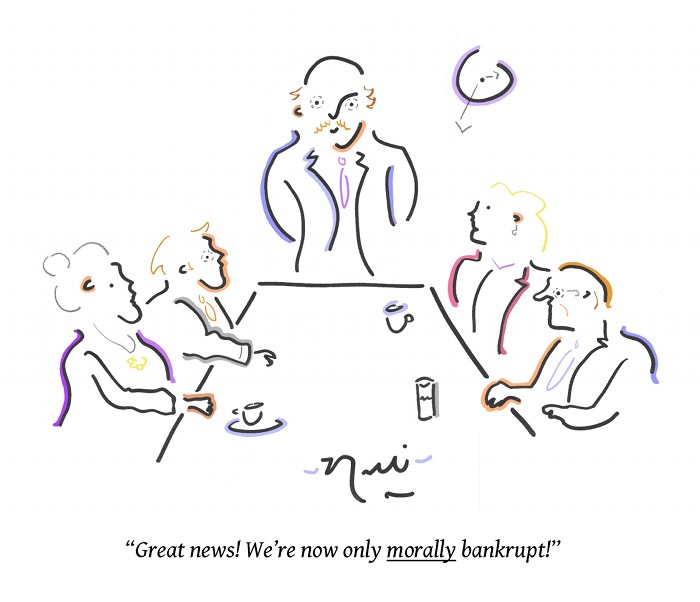