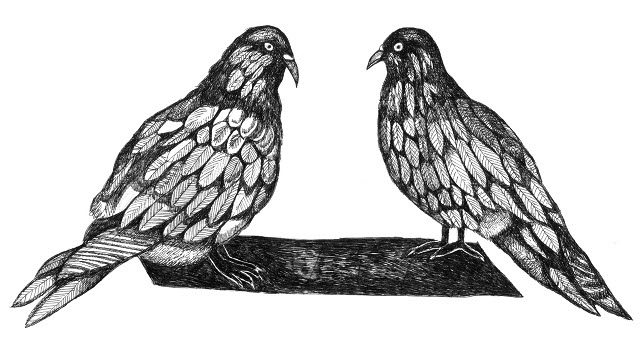 The 13th story in my debut collection Remember Me To the Bees is one of my stranger ones. It’s called On The Ledge.

It began to form in my mind the day I walked down a particularly unpleasant, narrow pavement to the office I then worked at, and passed the body of a pigeon.

I walked past it day after day, and found it really disconcerting. What could have happened to it? And, more bizarre, why was nothing feasting on its remains? An odd preoccupation, for sure, but when I raised it in polite company, someone suggested it must have been poisoned, by rat poison, most likely, and other animals could sense the toxins in its systems.

A short excerpt from On The Ledge

The next morning, I saw something ahead of me on the road that resembled a discarded glove. It was a sunny warm day, so this seemed unlikely, and as I neared the slumped grey shape I realised it was the body of a pigeon. Poor thing seemed asleep, nestled into the narrow shade cast by a lamppost, but its head had fallen back, revealing the vulnerable feathered throat, and I knew it was dead.

The next day it was still there, untouched by the beetles or spiders or flies who skittered along that stretch of road. The whole thing struck me as rather odd and I mentioned it to Old Dave, who nodded wisely.

“That’ll be the rat poison,” he commented. “Oh, well, they’re vermin and all, just with wings, eh? And plenty more where that came from.”

The following day, as I walked towards the train station, the poor creature was still lying there, wings tucked in neatly, chest feathers ruffled fetchingly by the breeze. Glancing around at the empty road, I picked up the corpse with both hands and slipped it into my handbag.

All the way home, I thought about the dead animal I was carrying along with my glasses’ case and mobile phone, and imagined how horrified my fellow commuters would be if they only knew. The thought made me smile to myself and as we passed briefly through the small tunnel that opens out into south Bristol, I saw myself reflected in the window, grinning like crazy person. 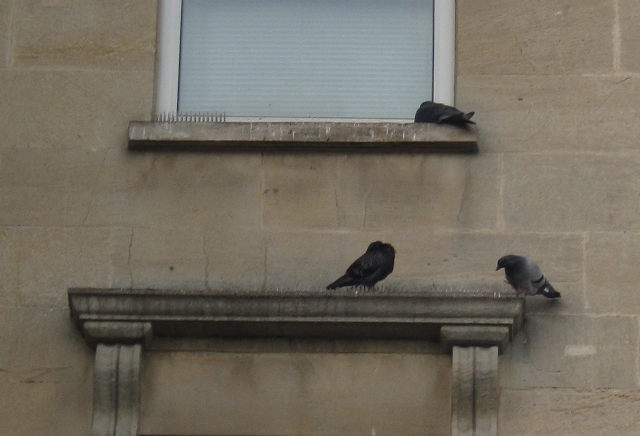