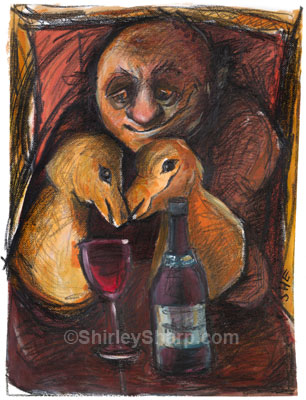 The characters populating Shirley’s canvasses often have a somewhat melancholy air, which gave me the first seeds of my protagonist’s personality. Then I needed to make sense of the two creatures apparently sitting on his hands, and suddenly the idea came to mind of a puppeteer who’d lost his family through his obsession for his craft. Thanks for the inspiration, Shirley.