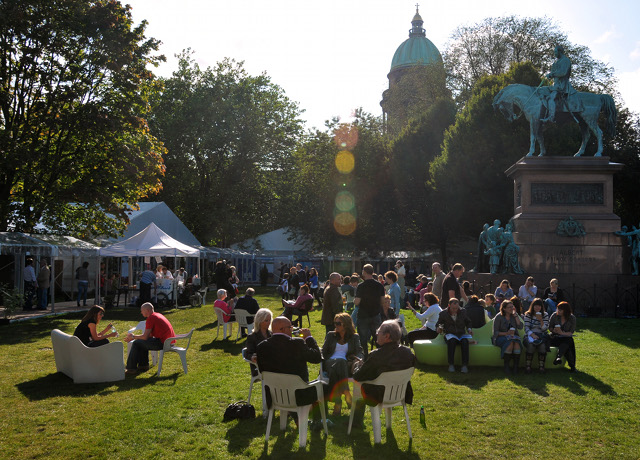 This year’s Edinburgh International Book Festival is on from 13th-29th August 2022, with more than 550 world-class performers, musicians and thinkers from 50 countries contributing to over 600 events touching on the theme ‘All Together Now.’

The programme builds on the hybrid format developed over the past two years, with live, in-person events, many of which are also available to stream or watch at a later date. Expect a celebration of the imagination, ideas and issues at the heart of books and stories, offering new perspectives on the world around us.

The festival’s director Nick Barley says: “The world has changed immeasurably since 2019: we’re learning to live with the effects of the pandemic and war in Europe – but we’re also beginning to imagine what a better future should look like. Exploring these issues in inspiring conversations with scientists, historians, poets and novelists is exactly where the Book Festival comes into its own. I’m thrilled that thanks to Baillie Gifford, every young person coming to a Schools event gets a free ticket and a free book this year. With all online events and a selection of our in-person theatre tickets also available on a Pay What You Can basis, we’re doing everything we can to make the festival accessible to everyone.”