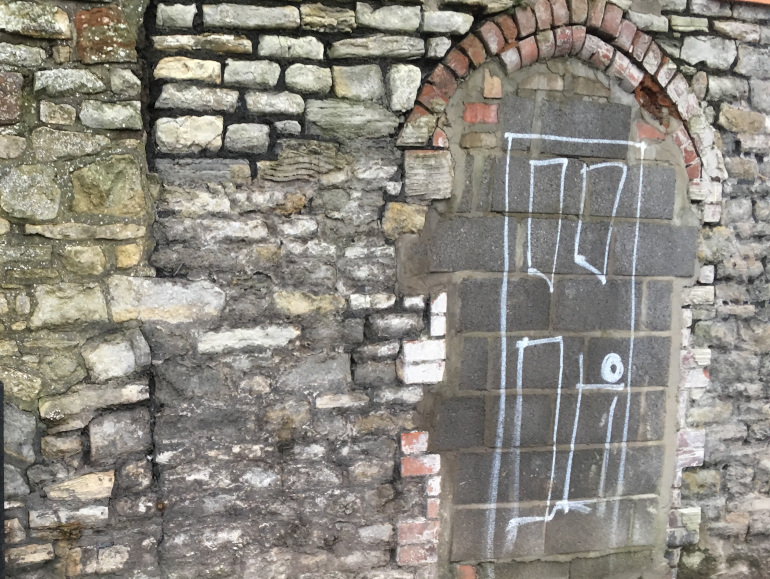 I’m chuffed to pieces that my short story Simmer and Steep has been selected for Liars’ League Hong Kong’s Exits & Entrances themed event.

My story was inspired by the drawn doorway shown above, and is about finding your own exits and entrances to embrace the life (and perhaps the person) you want.

“I passed the door on my way to work, and each day the sight of it lit a smile within me. I felt it was shouting what none of us dared say – that most of what we did was filler while we waited for something real to come along.”

In case you weren’t aware, Liars League is an event that matches short fiction to actors, celebrating the spoken word while giving it some thespian panache! Their tagline is Writers Write. Actors Read. Audience Listens. Everybody Wins. There are regular events in various locations around the world. 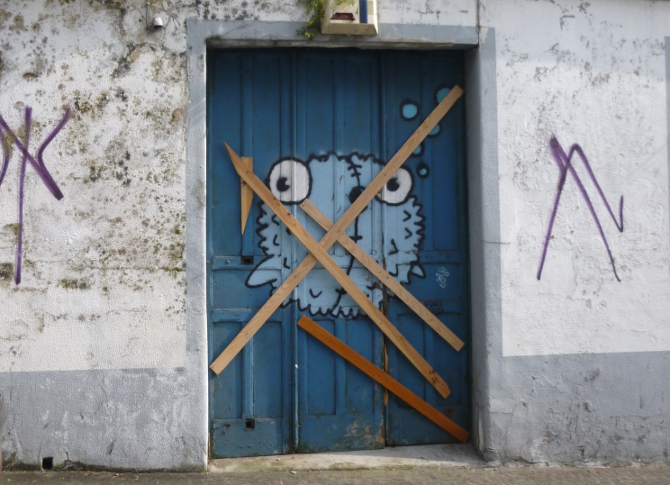 Liars’ League Hong Kong is accepting submissions of short fiction between 800 and 1,200 words on the theme of Exits and Entrances. So if you wrote something for National Flash Fiction Day’s door-themed 2019 anthology, but found your story demanded more than 500-words to have its say, this could be the perfect potential home for your tale!

They say. “Creative interpretations are most welcome. Writers can be anyone from anywhere. Liars’ League Hong Kong can be a platform for unsung local authors but we do also like diversity of fiction from all over the globe.”

However, they remind you that “Submitting your work to Liars’ League implies permission to upload the text and an audio and video recording of your story onto our website so that everyone can enjoy it. From time to time, we’re also booked for showcase performances, and your story may be read aloud in other venues and instances other than the regular Liars’ League events.”

A number of my stories have been performed and broadcast by Liars’ League Hong Kong, including Preservation and Geese Among The Trees (which features in my new short story collection Sky Light Rain), both read by the talented Susan Lavender. 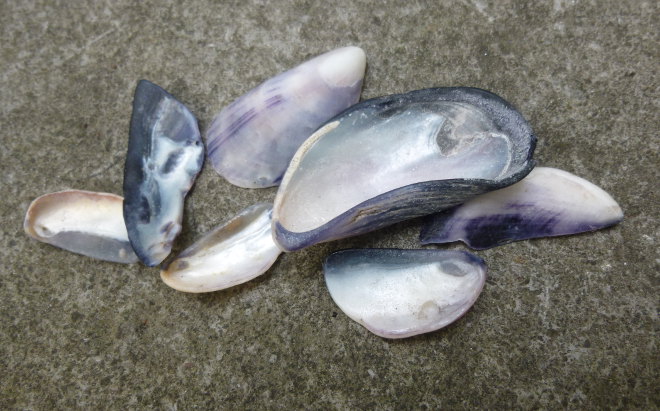 Way back in 2017, I was happy to announce that my short story Preservation had been picked to feature at a Liars’ League Hong Kong night of literary performances.

I’m pleased to say that this story has now resurfaced for a special ‘Best & Brightest’ event, to take place on Thursday 30th May. The evening is part of the Hong Kong Spoken Word Festival, and will showcase “a selection of some of the best pieces performed at Liars’ League HK.”

How lovely! My story is one of eight pieces selected for the evening.

In case you weren’t aware, Liars League is an event that matches short fiction to actors, celebrating the spoken word while giving it some thespian panache! Their tagline is Writers Write. Actors Read. Audience Listens. Everybody Wins. 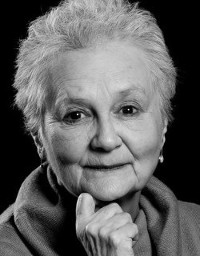 Preservation will again be performed by actor Susan Lavender (pictured left). The story was inspired by the fact various words about nature have been excised from children’s dictionaries to make room for more about technology. Sad but true. Mussel was just one of the words removed.

I can’t attend, but hope to catch up on the podcast or videos afterwards. It starts at 8pm at The Jockey Club Studio Theatre, Hong Kong on 30th May 2019.

I’m happy to announce that my short story Preservation has been selected for the Liars’ League Hong Kong night of literary performances on 29th May.

In case you weren’t aware, Liars League is an event that matches short fiction to actors, celebrating the spoken word while giving it some thespian panache! Their tagline is Writers Write. Actors Read. Audience Listens. Everybody Wins.

The evening my story has been chosen for focuses on the themes Prophecy & History. Splendid!

Susan Lavender will be reading my story, which is great news as she previously read my tales Geese Among The Trees and Night Flights in Hong Kong.

The story was inspired by the fact various words about nature really have been excised from children’s dictionary to make room for more about technology. Sad but true. Mussel was just one of the words removed.

I can’t attend, but hope to catch up on the podcast or videos afterwards. It starts at 8pm on 29th of May at Social Room, a loft style multi functional Hong Kong event venue “ideally located next to the Central Escalator.” If by some chance you happen to be in that part of the world that night, do swing by. It should be a fabulous evening! 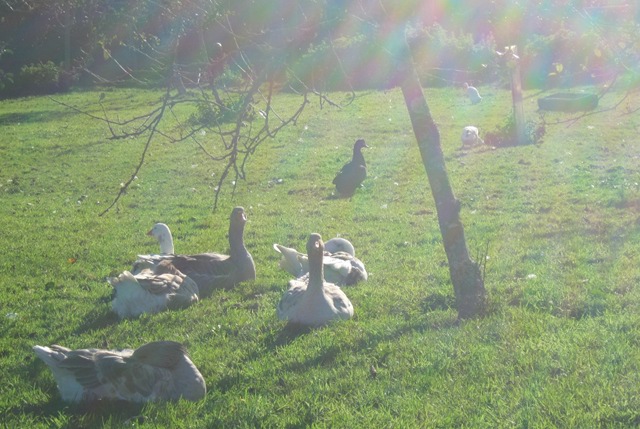 Christmas is coming and the geese are getting fat…

But actually this post is about something entirely different. The lovely folks at Liars’ League Hong Kong are hosting a literary night of performances on 29th December, and invited me to submit a tale. Always a pleasure!

Susan Lavender will be reading my short story Geese Among The Trees as part of a special festive showcase. She considered performing Night Flights again, but thought it might be a little dark for the occasion. That’s probably true!

Geese Among The Trees is a bitter sweet tale of hope and possible redemption. Susan Lavender will be performing it as part of the Liars’ Trump night at the Fringe Dairy jazz and cabaret club in Hong Kong on 29th December. The event starts at 8pm. Do go along if you’re in the area – I wish I could be there! 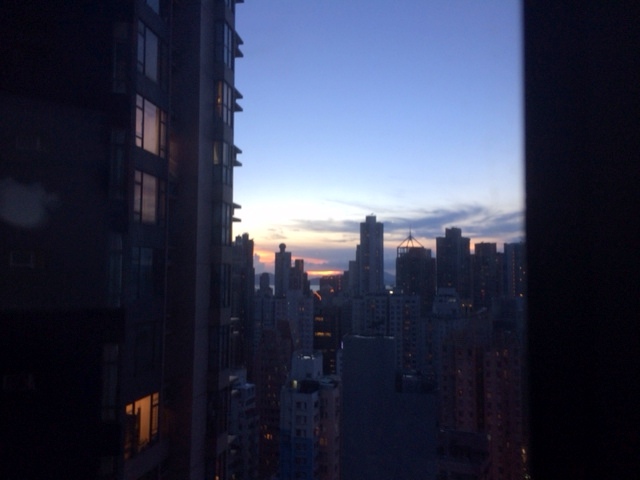 This week I received the exciting news that one of my stories has been selected to be performed at a Liars’ League literary night in Hong Kong! How’s that for international?

Liars’ League are a series of events across the globe, with the strap line: ‘Writers Write. Actors Read. Audience Listens. Everybody Wins.’

Can’t argue with that!

My story Night Flights, which explores the somewhat dark and twisted relationship between a brother and sister, takes place entirely on Brandon Hill and up Cabot Tower in Bristol. The idea of it being shared with story-lovers in Hong Kong is somewhat mind-blowing!

As part of the ‘Night & Day’ themed event hosted by Liars’ League Hong Kong, Night Flights will be read aloud by Susan Lavender. Susan is a writer, performer and lawyer, and also took the glorious photo at the top of this post.

The Night & Day event is at the Fringe Club Dairy on 28th July 2014 from 8pm sharp, so if you happen to be in that part of the world that evening, do go along!

I’ll be reading two of my flash fictions. The first, This Gallery, includes the following paragraph:

At least I had an umbrella with me that day, which was unusually efficient of me. But you didn’t yet know that of me, any more than I could guess that you organised your sock drawer by hue, transforming the balled-up grey and blue woollens into something resembling a close up of an Impressionist painting.

The second story, well, you’ll just have to wait and see!